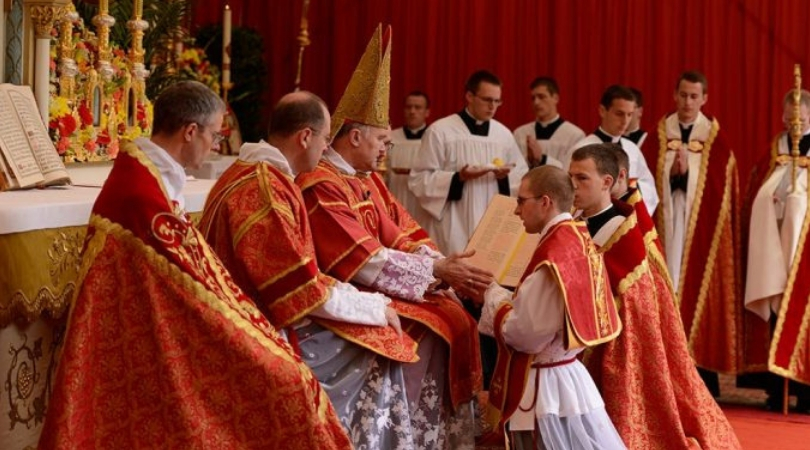 Church Militant has offered a detailed response to the July 24 SSPX statement accusing us of slander and dishonesty. James Baresel, author of the original article to which the SSPX took exception, offers his own rebuttal to their charges.

In light of the response which the SSPX has made to my article on Fr. James McLucas, an article which assaults both my own integrity and that of Church Militant, I would like to offer the following facts and clarifications.

First: The response affirms that Fr. McLucas in fact "occasionally helps the Society of Saint Pius X," and so there is no question of misinformation.

Third: SSPX Fr. Stamos claims both that "he has never heard of, nor spoken to, the author of this article" and that "He had one call from earlier in the summer, who apparently falsely said he was an old friend of Fr. McLucas, and that he wished to get in contact."

When I spoke to Fr. Stamos I did not give either my own name or a false one. I did say, accurately, that I once knew Fr. James McLucas of the archdiocese of New York and asked if he was the priest working with the SSPX. I did not use the word "friend" as we were never more than acquaintances. From 2001–2005 we had maybe half a dozen or so conversations (either in person or on the phone) and exchanged a handful of emails. I also asked if Fr. Stamos knew how Fr. McLucas might be contacted.

Catholic moral theology allows for such technically correct, evasive ways of speaking, something I would expect even the theologically malformed priests of the SSPX to be aware of. Father Stamos' allegation that a person falsely claimed to know Fr. McLucas suggests, in the current context, that someone associated with Church Militant is dishonest.

He and the SSPX should retract its accusation of dishonesty.