The protege of Chicago's late Cdl. Joseph Bernardin, who faithful watchdog groups identify as a key individual in building the homosexual network into America's Catholic Church, is being shifted to Washington.

In 1983, Bernardin consecrated Fr. Wilton Gregory as his 35-year-old auxiliary bishop. Gregory had only been ordained a priest 10 years prior. The Catholic watchdog group Roman Catholic Faithful headed by Stephen Brady has been aware of Bernardin's key role in the homosexual hive for decades.

Based on what I have learned, I believe Cardinal Bernardin was part of a large group of bishops protecting one another not out of love, but because each and everyone knew too much. It has become clear to me that Bernardin was responsible for many corrupt individuals finding their way to chanceries.

In chapter 15, Engel writes, "To do real justice to Cardinal Bernardin and his entourage of clerical homosexuals and pederasts and ancillary hangers-on who made up the Chicago-Washington, D.C. Homosexual/Pederast Axis would require more than one full size book."

In Washington, D.C., Gregory will be replacing Cdl. Donald Wuerl, who replaced Theodore McCarrick. In a statement last year, Gregory denied having any knowledge of McCarrick's homosexual predation of seminarians.

In the statement by Gregory, who pledges to always tell the truth, said of McCarrick, "I never personally worked with him in any pastoral context."

It was at the U.S. bishops' 2002 meeting in Dallas where Gregory and McCarrick helped exempt bishops from the Charter for the Protection of Children and Young People. The Dallas Charter was the Church's response to the sex abuse scandal that broke in January of that year. Gregory was president of the U.S. Conference of Catholic Bishops, and McCarrick was a leading voice in the Church's response to sex abuse and a chief architect of the Dallas Charter.

An early draft of that charter included the word "clerics" and was replaced in a subsequent draft with the words "priests and deacons." During the 2002 meeting, Abp. Elden Curtiss, then-head of the archdiocese of Omaha, questioned the shift in terms of the charter.

Bishop William Lori of Bridgeport, Connecticut (now archbishop of Baltimore) replied that the drafting committee "decided we would limit it to priests and deacons, as the disciplining of bishops is beyond the purview of this document."

The document also deliberately exempted abuse of anyone over the age of 18. Just a few years later in 2005 and 2007, the diocese of Metuchen and the archdiocese of Newark made payouts to priests alleging McCarrick abused them during their time in seminary. After the settlements, the Dallas Charter remained untouched and McCarrick remained a cardinal.

Watch the panel discuss the outcry from faithful Catholics over Gregory's appointment in The Download—Backlash in DC. 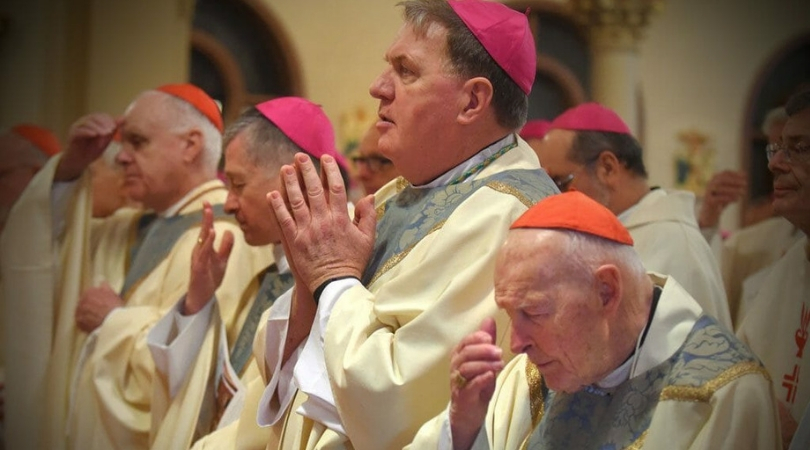