The miracle of the liquefaction of St. Januarius' blood, patron of Naples, takes place three times a year: on the Saturday preceding the first Sunday of May (the day of the translation of the Saint's relics), on September 19 (the day of his martyrdom) and on December 16 (the anniversary of the eruption of Mt. Vesuvius in 1631, when the lava stopped at the doors of Naples, one of the most remarkable miracles manifested through St. Januarius' intercession). 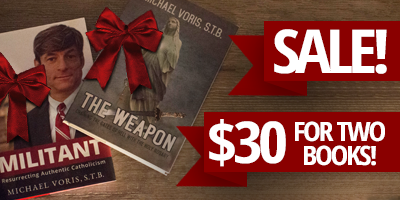 But this year the last liquefaction didn't occur, closing 2016 with an ill omen. Last Friday, celebrations at the Royal Chapel of the inside Naples Cathedral started early in the day, as established by tradition, in the expectation of the miracle. During Mass the blood in the vial seemed slightly different, and the Abbot of the Chapel, Monsignor Vincenzo De Gregorio, seemed confident the blood would turn liquid, a phenomenon first documented in 1389 but that dates back further.

The Abbot invited the faithful to keep praying in serenity while waiting, reminding the attendants that in December 2015 the liquefaction took place after 5 p.m. At 7.15 p.m. the vial was returned to the shrine, "undoubtedly solid," as stated by Abbot Vincenzo. Before ending the ritual, he added: "We shouldn't think of tragedies and calamities. We are men of faith and we must keep on praying."

The Abbot's exhortation was an attempt to control the upcoming commotion: the people of Naples have witnessed in its history that when the miracle doesn't happen, it's often a premonition of evil. Some of the occasions where the blood didn't liquefy in the last few decades were: 1980, when a terrible earthquake hit South Italy; 1973, when Naples suffered an outbreak of cholera; 1939, when World War II broke out; 1940, when Italy joined the War; 1943, when Italy was occupied by the Nazis. And throughout the centuries the absence of the astonishing phenomenon has been precedent to religious persecutions, eruptions of the Mount Vesuvius, earthquakes, revolutions, wars and the deaths of kings, archbishops and Popes. Rarely the liquefaction happens outside of the three traditional dates.

One of the exceptions was in 1799, when Napoleon's general Championnet, after conquering Naples and establishing the Parthenopean Republic, persuaded the archbishop of Naples to celebrate the miracle as a token of peace. When Championnet held the vial the blood immediately became liquid, which was seen both as a "sign from Heaven" to accept the new Republican government, and as a "betrayal" from the Saint for consenting to French revolutionaries.

More recently, the blood partially liquefied in the presence of Pope Francis, during his visit to Naples in March 2015.