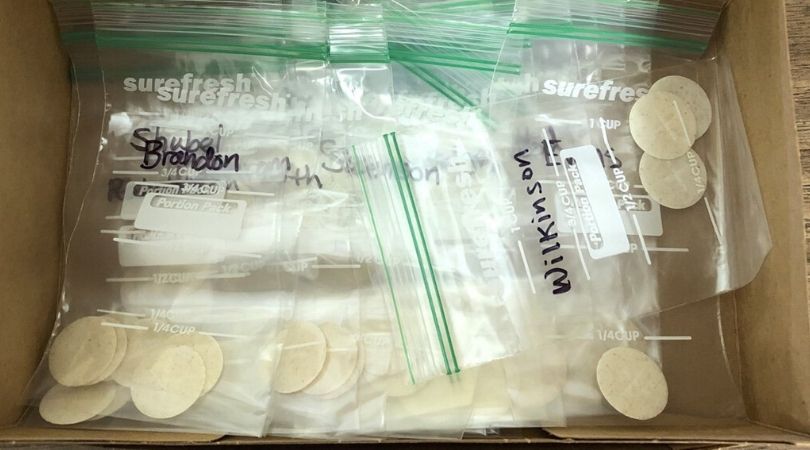 SHAKER HEIGHTS, Ohio (ChurchMilitant.com) - A Cleveland priest and his unofficial advisory group of parishioners have had their plans for a drive-thru, Communion-in-a-baggie distribution system nixed.

In a gesture of parish engagement, Fr. Thomas Fanta invited St. Dominic parishioners to comment on the diocese's published guidelines for reopening. He went even further and instructed his 14-member staff to reach out to 10 people each and get their feedback. The staff then convened, shared their findings and came up with the plan which Fr. Fanta announced via video last Friday.

Between the e-mail feedback he received personally and the work of his staff, Fanta reported that more than 250 people expressed their thoughts about reopening and their "overwhelming advice was to slow down, hold off. Do not begin this reopening. There are just too many unknowns."

While the medical community's advice about delaying public Mass might seem overly cautious, it was the suggestion of drive-thru distribution of Holy Communion — in a baggie — that drew the attention. Catholics believe the consecrated Host is the Real Presence of Christ, requiring it be distributed and protected with the utmost reverence.

At first, comments attached to Fr. Fanta's video — now taken down — were in support of the parish's plans. There were many expressions of thanks. But the comments took on an entirely different tone as word of "Communion-in-a-bag" leaked out to the broader Catholic community.

One of the people who saw the video was Liz Kent, a Church Militant Resistance member in Cleveland. She sent out an e-mail blast to the Resistance group and included a link to Fr. Fanta's video. Marie Lupia, another Resistance member, watched the video and was so disturbed at the thought of "Our Lord being distributed in a baggie" she couldn't sleep.

The drive-thru part of the parish's plans remain, but the baggies have been tossed.

She got up the next morning and called the chancery, expressing her concern about what was going to be happening at St. Dominic parish on Pentecost Sunday. Within the hour she received a call from Fr. Daniel Schlegel, vicar for clergy and religious, reassuring her he had already spoken with Fr. Fanta and let him know that the parish's plans for Communion distribution were not acceptable. Fr. Fanta was instructed to take down his video and put up a new video with updated instructions.

Lupia was pleased with the outcome. "I'm a concerned Catholic, and I couldn't bear to think of that kind of abuse of the Blessed Sacrament."

The drive-thru part of the parish's plans remain, but the baggies have been tossed. Following livestreaming of the Mass, parishioners will be able to drive up and receive Communion, but it will be in the hand and the eucharistic ministers will be gloved. Everyone is to be masked. In a Wuhan virus world, the faithful are picking their battles.