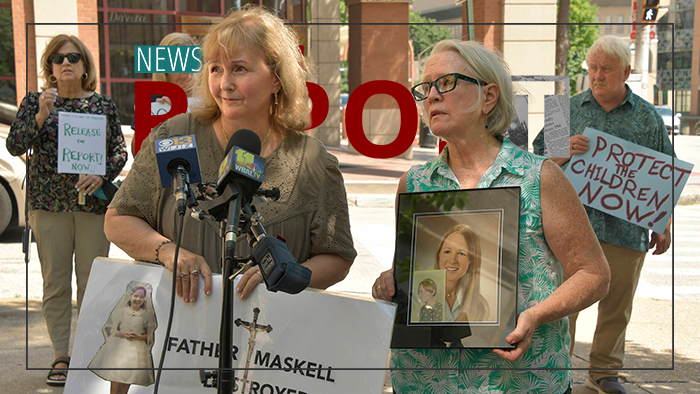 Anons want to hide the info

Maryland's attorney general has a classified report on sex abuse by Catholic priests in Baltimore, and an anonymous group is seeking to keep it under lock and key.

The attorney general's office asked a judge to waive grand jury privilege so the report could be published, saying it is "vital to the public interest."

The report lists more than 600 abuse victims of at least 158 Catholic clerics and documents incidents spanning over eight decades. It also describes the archdiocese of Baltimore's efforts to cover up the abuse and its failure to act.

But on the 17th, an anonymous group asked a judge to seal all the court proceedings. They claim there are people named in the report who are not publicly accused of abuse.

The attorneys representing the group are Gregg Bernstein and William J. Murphy.

Archbishop William Lori assigned Bernstein to a past abuse investigation.

There have been mixed signals coming from the archdiocese on whether or not it would support the publication of the report.

Tuesday its spokesman stated: "We are different — different than we were in the past — yet we must be transparent in acknowledging our past."

So the archdiocese is presently indicating it will not oppose the report's public release.

But the archdiocese doesn't fully agree with the report's contents, arguing the document fails to convey the "strong culture of child protection" that has been cultivated over the past three decades.

The AG's motion to make the report public included Fr. Brian Cox's history — without naming him.

In the '80s, he told a church official he was attracted to teenage boys. The official's reply? Not to worry about it.

Cox's case is being used as evidence as to why the report should become public.

The only two parties with access to the report are the AG's office and the archdiocese of Baltimore, so it's unclear how the anonymous group knows who's in the report.

According to the AG's motion, boys and girls as young as preschoolers were abused, as well as young adults.