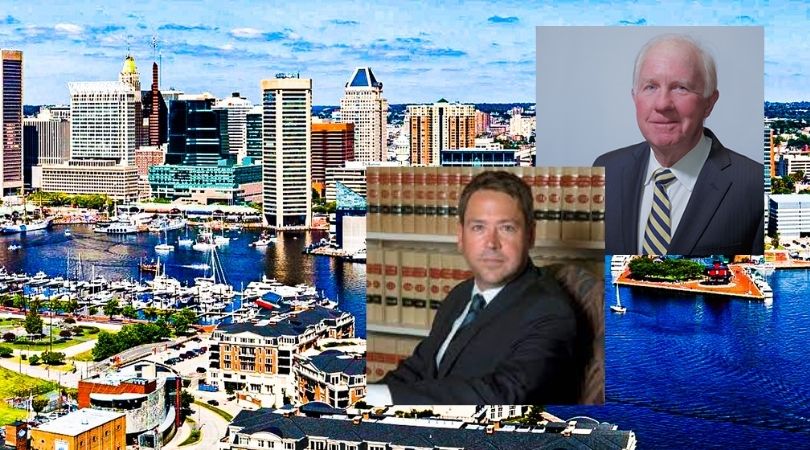 BALTIMORE (ChurchMilitant.com) - In yet another attempt to prejudice a federal court against Church Militant, Baltimore city attorneys are using deceptive means to paint this media organization as promoters of violence.

City attorneys are trying the same argument on appeal in the 4th U.S. Circuit Court — even though the 4th Circuit has already ruled in Church Militant's favor.

Mr. Voris broadcast a video of the horrific scenes of political violence unfolding in Washington D.C., and stated, in praise of the rioters:

"Thousands of American patriots fed up with the results of the fraudulent election stormed to the Capitol building today ... it appears that Joe Biden and his Marxist allies have been denied their fraudulent certification at least one day."

The claim that Voris spoke "in praise of the rioters" is false, an attempt to twist objective commentary on the events of the day into something else. Redmond omits the multiple calls throughout the same broadcast for peaceful protest.

This ellipsis is no James Brown, but rather Milli Vanilli — it is faking it.

Redmond also omits the numerous statements made by Voris and this reporter in affidavits and on the stand Oct. 1 denouncing violence and making clear Church Militant has neither condoned nor promoted violence in any capacity.

Church Militant attorney Marc Randazza called out Baltimore's deception in a Nov. 12 reply brief, in which the ellipsis in the above block quote was highlighted yellow:

The ellipsis is highlighted here because it is working so hard that the City must see it as the James Brown of ellipses. However, this ellipsis is no James Brown, but rather Milli Vanilli — it is faking it.

If the Court watches the entire broadcast from which this excerpt comes (something the City must have calculated the Court would not do), it will find that the first sentence in the quote is at the 4:00 mark. The ellipsis then stands in for the next 23 minutes and 57 seconds. The second sentence is at the 27:57 mark.

That ellipsis represents 23 minutes and 57 seconds of news, footage and analysis. Eighty percent of the news broadcast hides between these three little dots.

Randazza notes one of the clips Baltimore left out: peaceful prayer on the Capitol lawn.

Meanwhile, at 9:53 in that broadcast, buried deep inside the wild ellipsis, St. Michael's contrasts the violence engaged in by some on January 6th with how a Catholic group "protested." The Catholics peacefully recited the "Our Father" prayer. Why is this slid in between the dots in the ellipsis? Presumably because this shows what St. Michael's already proved — that it is a purveyor of and proponent of peaceful protest.

Meanwhile, the City is trying to slide one past the Court by making it seem like it has merely taken out some brief surplusage with that Milli Vanilli ellipsis. The Court should consider that when evaluating the City’s credibility on all other factual claims.

The lawsuit was prompted by the actions of city officials, namely Baltimore chief of staff Michael Huber and city solicitor James Shea, who had stepped in on Aug. 5 to cancel the rally.

Approximately 2,200 people had signed up as of Aug. 4 this year, with thousands of dollars spent by St. Michael's up to that point planning and organizing the rally. The same rally had been held at the same location in 2018 without incident.

In an Aug. 5 phone call with St. Michael's CEO Michael Voris, Shea claimed there were unspecified reports of Church Militant's "ties" to the Jan. 6 Capitol protest — ties Voris vigorously denied, and which have never been proven.

The city later changed its story when it was unable to prove ties to Jan. 6, instead claiming it objected to two speakers: former Trump advisor Steve Bannon and conservative commentator (and priest abuse victim) Milo Yiannopoulos. The city cited fears of "violence," "disruption" and even "loss of life" if counterprotestors were to appear on Nov. 16.

Judge Hollander rightly noted the "shifting rationales" proffered by Baltimore to cancel the prayer rally, lending to her conclusion the city engaged in unconstitutional viewpoint discrimination.

Church Militant has noted the extensive ties Shea has to the Baltimore archdiocese and the U.S. bishops, who stand to benefit the most through cancellation of the protest. The U.S. bishops' fall general assembly is taking place directly next door at the Baltimore Marriot Waterfront Hotel, with a clear view from the bishops' conference room windows onto the MECU Pavilion, where thousands of participants are expected to be praying and protesting against bishop corruption.