According to Thy Word 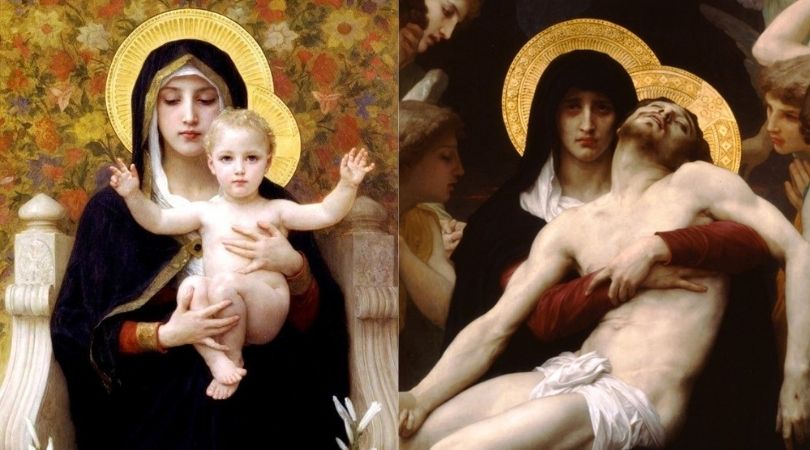 'Love in its most radical form'

The Catholic Church has throughout the ages maintained the intrinsic evil of abortion, from the earliest teachings in the Didache to the various papal encyclicals to the Catechism of the Catholic Church.

In current times, the Church has resoundingly affirmed that of all the issues facing Catholic voters, abortion stands alone as the pre-eminent issue. The United States Conference of Catholic Bishops has stated, "The threat of abortion remains our pre-eminent priority because it directly attacks life itself, because it takes place within the sanctuary of the family and because of the number of lives destroyed."

Indeed, how can a society expect any of its members to show compassion, fairness and love to others, when those same gifts are denied to its most vulnerable members? Of all the transgressions of Man against God, abortion stands alone as one of the most heinous, perverse and demonic.

This Is My Body, Which Will Be Given Up For You

With these words, Jesus prefigures his torture, suffering and eventual death on the Cross for the renewal of the world and the redemption of mankind. A race once lost through the sin of Adam is delivered by the "new and eternal covenant" which God gives through Jesus Christ. As Pope Benedict XVI writes in Deus Caritas Est, "Christ's death on the Cross is the culmination of that turning of God against Himself in which He gives Himself in order to raise man up and save him. This is love in its most radical form."

God declares his unconditional love for man with the words "This is my body, which will be given up for you." Through abortion, man responds to God's unconditional love with "This is my body," an assertion of man's unconditional love for himself only. In the same way that God has saved mankind through pure, selfless love, through abortion man rejects God through pure self-love. And so, millions of babies are murdered each and every year to the adulation of advocates for "human rights" and the world spirals further and further into a nightmarish nihilism apart from God.

In the same way that God has saved mankind through pure, selfless love, through abortion man rejects God through pure self-love.

A Catholic cannot in good conscience vote for pro-abortion politicians. The Catechism of the Catholic Church definitively teaches that cooperation in abortion through promotion or support is a grave sin. Joe Biden has been refused the Eucharist for this very offense.

Furthermore, Biden scandalizes the faithful by giving the appearance that one can simultaneously profess to be a Catholic and also support abortion.

the common outcry, which is justly made on behalf of human rights — for example, the right to health, to home, to work, to family, to culture — is false and illusory if the right to life, the most basic and fundamental right and the condition for all other personal rights, is not defended with maximum determination.

We can only imagine the confusion Mary must have experienced when the angel Gabriel appeared to her. Scripture tells us that she "was greatly troubled."

Yet she didn't run from God's plan for her and humanity. She didn't search for a way to terminate the pregnancy. As Jordan Peterson says in his Psychology of the Bible series, "Mary is the archetype of the woman who answers yes to life voluntarily." She knew the great responsibility of the mission she was given. She knew that she would suffer. In the temple, Simeon told her "a sword will pierce your heart."

While man replies to God, 'This is my body,' Mary replies, 'Be it done unto me according to thy word.'

But she had faith in God and in his divine providence. That's why she's the Mother of God and the Queen of Heaven. While Man replies to God, "This is my body," Mary replies, "Be it done unto me according to thy word." 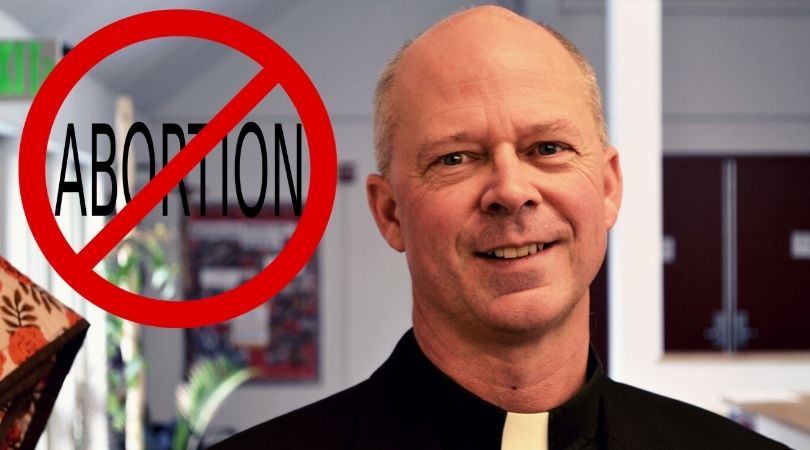