Bergoglio and McCarrick: Manipulating the Conclave

McCarrick was a member of the St. Gallen mafia that lobbied for Bergoglio's election

Evidence shows Pope Francis, with the help of the St. Gallen mafia, manipulated the 2013 conclave into believing that organic coincidences had led to selecting the pontiff "from the end of the world" — and that Theodore McCarrick was a key part of this effort.

Former Cdl. Theodore McCarrick, in a now infamous Villanova talk, recalled that after an intervention (speech) by then-Cdl. Jorge Bergoglio at the 2013 general congregation for the conclave, for the first time in its history there was "a silence." McCarrick claimed the silence was so noticeable it seemed as if he might have imagined it. But it was in fact real, lasting for at least 30 seconds, the next speaker delayed (another first in that conclave).

According to McCarrick, a nerve had been struck.

According to McCarrick, a nerve had been struck. McCarrick went on to say that an Italian newspaper had reported correctly, in McCarrick's opinion, that Bergoglio's four-minute speech was the catalyst that changed the direction of the conclave. Bergoglio afterwards gave his hand-written, four-minute speech to Cdl. Jaime Ortega of Cuba, granting permission to publish it in the press.

The speech contained four points, the last being the following:

Thinking of the next Pope: He must be a man who, from the contemplation and adoration of Jesus Christ, helps the Church to go out to the existential peripheries, that helps her to be the fruitful mother, who gains life from "the sweet and comforting joy of evangelizing."

McCarrick wasn't alone in saying the speech had changed the course of the conclave. In an article titled "The 4-Minute Speech That Got Pope Francis Elected?" Jimmy Akin of Catholic Answers wrote, "According to some, this speech was a major moment in his path to becoming Pope Francis." Patheos ran a headline titled, "Was This the Key to Bergoglio's Election?" And a Catholic magazine published in Cuba, Palabra Nueva, claimed that the speech "could have guided the selection of the cardinals."

Earlier in the Villanova speech, McCarrick had said he was approached by an Italian friend of his when he arrived in Rome for the general congregation. This friend had asked McCarrick if he thought Bergoglio had a chance to be elected pope. McCarrick told him no, that Bergoglio was not on anyone's mind and that no one was talking about him.

The Italian friend said that Bergoglio could "change the Church in five years," and he wanted McCarrick to "talk him up." In McCarrick's intervention to the general congregation in 2013, he insisted the Church needed a pontiff from Latin America.

At the time, McCarrick said Bergoglio only had 200–1 odds of becoming pope, and there were several other papabile under serious consideration from Latin America: Cdl. Odilo Scherer of Sao Paulo, Brazil; Cdl. Leonardo Sandri, head of the Vatican department of the Eastern Churches; Cdl. Oscar Rodríguez Maradiaga of Tegucigalpa, Honduras; and Brazilian cardinals Claudio Hummes and João Braz de Aviz.

McCarrick should have had no reason to think his mere mention of Latin America would immediately bring to mind Bergoglio. But after he gave his intervention, Bergoglio followed with his now famous four-minute speech, repeating "what others had said" about a need for the next pope to be from "the peripheries" — from Latin America.

After the conclave, Cdl. Christoph Schönborn of Austria said that "only divine intervention could explain the speed with which the Argentine cardinal — who did not feature on any of the main lists of likely candidates compiled by Vatican experts — was elected."

Schönborn went on speaking of Pope Francis, "We were driven by the Holy Spirit to this man" and "he was sitting in the last corner of the Sistine Chapel: This man he is the chosen one."

Investigations, self-admissions and public records make clear his election was not the result of coincidences or chance, but rather that there was a deliberate manipulation of the conclave, with the participation of Bergoglio himself. All of this took place with the machinations of the St. Gallen Mafia.

It is now known that McCarrick himself had longtime ties to St. Gallen and was himself known to members of the St. Gallen Mafia — a semi-secretive, coordinated group that plotted to get Bergoglio elected. The recently deceased Cdl. Godfried Danneels admitted to its existence and their lobbying efforts on Bergoglio's behalf.

A reliable source has confirmed with Church Militant that Bergoglio himself told McCarrick he was interested in becoming pope. Public records also reveal that Bergoglio had agreed to becoming pope to other members of the St. Gallen group. And there were cardinals promoting the need for a pope from Latin America before the papal conclave began.

Ivereigh confirmed the lobbying efforts of Cdl. Murphy-O'Connor, a member of the St. Gallen mafia, on Bergoglio's behalf. According to his 2014 book, Murphy-O'Connor's job was to inform the Argentine cardinal of their plan to get him elected, and to lobby for him in North America.

"They first secured Bergoglio's assent," wrote Ivereigh. "Asked if he was willing, he said that he believed that at this time of crisis for the Church no cardinal could refuse if asked. Murphy-O'Connor knowingly warned him to 'be careful,' and that it was his turn now, and was told 'capisco' — 'I understand.'"

Murphy-O'Connor apparently told Bergoglio he could remake the Church in four years — language strangely similar to that of McCarrick's mysterious Italian friend who had asked him to "talk up" Bergoglio and claimed he could change the Church in five years.

Whatever the case, this appears to have been a clear violation of the conclave rules, involving underhanded methods.

It may seem that these St. Gallen efforts described here to promote Bergoglio should not or would not have been so successful, that their plan was not very robust. Perhaps the St. Gallen mafia was itself surprised by the success of its coordinated use of the Latin American theme. Whatever the case, this appears to have been a clear violation of the conclave rules, involving underhanded methods. Cardinals were led to believe that seemingly organic coincidences, driven by the Holy Spirit, led to the election of Bergoglio, when in fact it was the St. Gallen plot in action to elect Pope Francis, involving a number of coordinated efforts by various members, and a deliberately placed, well-timed, four-minute speech delivered by the eventual pontiff.

Bergoglio did indeed become the pope "from the peripheries" of Latin America, chosen "from the end of the world," as Francis said to the entire world in his first words on St. Peter's loggia. And his election was manipulated and steered by a secretive group in St. Gallen that we now know to have included disgraced homosexual predator Theodore McCarrick. 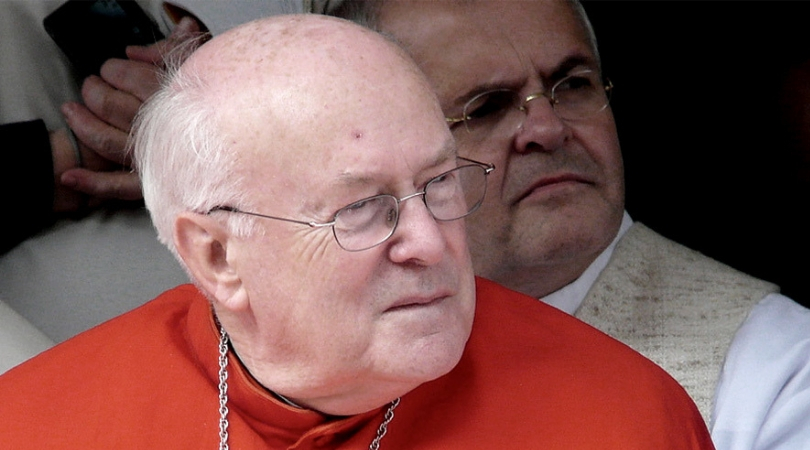 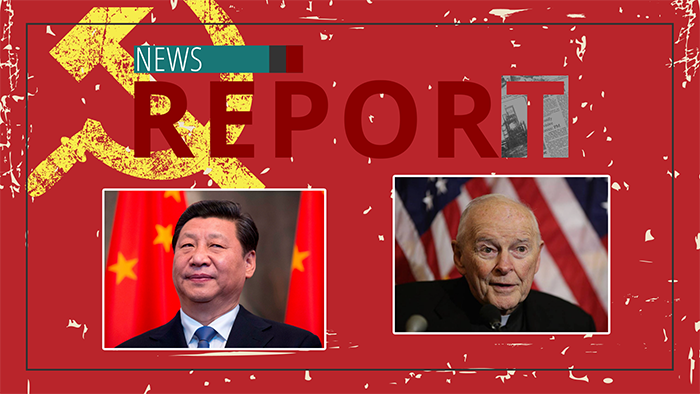