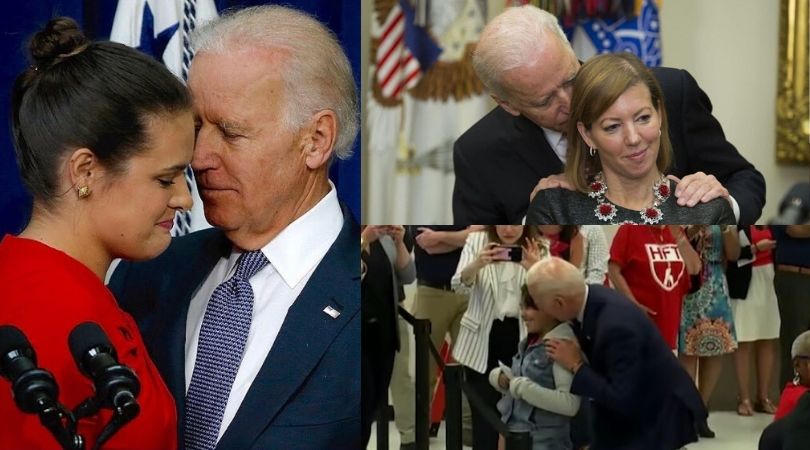 WASHINGTON (ChurchMilitant.com) - Before President Trump nicknamed him "Sleepy Joe," the former vice president was known in some circles as "Creepy Joe" — a nickname Tara Reade understands well. As his former staffer, Reade claims in graphic detail how Joe Biden attacked her.

Last April, when Reade saw Nevada politician Lucy Flores on television speak of how Biden, a self-identified Catholic, had inappropriately sniffed her hair and kissed the back of her head as she waited to go on stage at a rally in 2014, it brought back strong memories.

When Biden responded, saying that "not once" in his career did he believe that he had acted inappropriately to women, it made her blood boil. Flores' allegation sounded accurate to Reade, because, she said, she had experienced something similar one day in Biden's Senate office years earlier.

After Reade saw an episode of the ABC television show The View, in which most of the panelists stood up for Biden and attacked Flores as politically motivated, Reade decided that she had no choice but to come forward and support Flores. This week Reade spoke to rising and the Katie Halper Show about her allegations against Biden.

Reade was a staff assistant for then-Sen. Joe Biden in 1993, when the alleged assault took place. She says she did not know him personally. She alleges one day Biden's secretary gave Reade a gym bag to take to Biden at his request, who waited for her in a private area in his office building. Thinking nothing of it, Reade took the bag to him and, according to Reade, this is where the attack occurred. It was when she offered him the bag, she recalls, that he walked her up against a marble wall and began assaulting her.

"Then his hands were on me, and underneath my clothes. He went down my skirt and then up inside it and he penetrated me with his fingers; and he was kissing me at the same time and ... I remember him saying to me, 'Do you want to go somewhere else?'"

After she pulled away from him Biden allegedly said to her "Come on man, I heard that you liked me!"

Reade claims that he angrily dismissed her and walked off. She says that the assault left her shaking in a stairwell, "trying to grasp what had just happened and what I should do or what I should say."

There were no witnesses. Shaken and confused, Reade found no place in her memory that could have been reasonably mistaken for signs that she "liked him."

I remember him saying to me, 'Do you want to go somewhere else?'

Since she's come forward, Reade has been branded by many liberals as politically motivated and a Russian agent for Vladimir Putin. But Reade is no political conservative.  She supported Elizabeth Warren and then Bernie Sanders during this year's primary season, and is no fan of President Trump. Reade's leftist mother had raised her to oppose "American imperialism" and be skeptical of American exceptionalism.

In January, Reade decided to reach out to the organization TIME'S UP, established in the wake of the #MeToo movement to help survivors tell their stories. Housed within the National Women's Law Center (NWLC), Reade spoke with the program director and was encouraged by the conversation.

By February, Reade learned from a new conversation with TIME'S UP, which also involved Director Sharyn Tejani, that no assistance could be provided because the person she was accusing, Biden, was a candidate for federal office, and assisting a case against him could jeopardize the organization's nonprofit status.

The public relations firm that works on behalf of the TIME'S UP Legal Defense Fund is SKDKnickerbocker, whose managing director, Anita Dunn, happens to be the top adviser to Biden's presidential campaign. A spokesperson for Biden declined to comment on the allegations.

As for influencing the election or helping Trump, Reade said she was deeply conflicted about continuing to come forward, given that Biden's opponent in the general election is someone she sees as far worse than him politically. "I don't want to help Trump. But what can I do?" she said. "All I can do is stand on my truth." 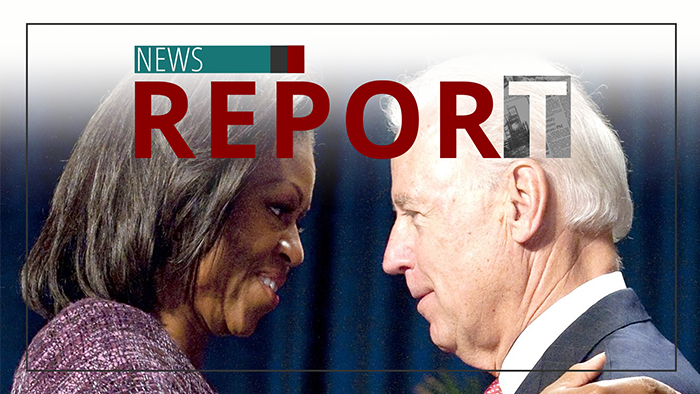