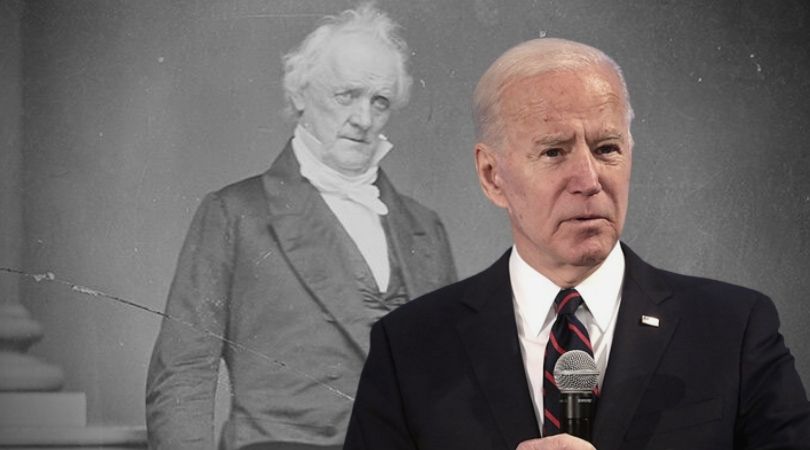 "He urged the people to call upon the Lord night and day, to help them now, if ever, when they were about to be deprived of their law, their country and their holy Temple and not to allow this nation, which had just begun to revive, to be subjected again to [the] blasphemous." — 2 Maccabees 13:10–11

"War is the continuation of politics by other means." – Military strategist Carl von Clausewitz

A man with the initials "J.B." is accepting the Democratic Party's nomination for president. James Buchanan bears the distinction of being the only president born in Pennsylvania, before or since, until 2021. Just as another White House occupant will be 164 years later, Buchanan is a junior, bearing the same name as his father.

The Democratic National Convention takes 17 ballots to nominate Buchanan, although he is an early frontrunner. Within his party, he is considered to be a compromise candidate who can appeal to both North and South. Despite being from Pennsylvania, he favors the continuation, and even expansion, of slavery, as well as the Fugitive Slave Act of 1850.

Buchanan's main appeal is his age and experience. He is nearly 66 years old and essentially ties for being the oldest president to take office. He had a long career in the U.S. House and Senate, although for the past three years he has been largely out of politics, choosing to remain above the fray by accepting a job as an ambassador. Behind the scenes, he has worked with his party's elites to increase his chances at the 1856 nomination.

Buchanan does not campaign personally in the general election. Instead, he prefers to conduct the campaign through surrogates and by letter writing. Although enthusiasm for his campaign is low, he emerges as the winner. His opposition is unable to put up a united front, dividing its votes between the first Republican presidential nominee, John C. Frémont, and former president Millard Fillmore. In a sign of things to come, however, the newly created Republican Party gets over 33% of the vote.

His inaugural address is given on the steps of the U.S. Capitol and is the first ever to be photographed. In it, he strikes a more conciliatory tone. Knowing that he is merely a transitional president, he tells the crowd on a warm March 4 that he will serve only one term, promising to "restore harmony." He also speaks out in support of mass immigration.

More worrisome is that his address, which historians believe may have done more harm than good, ignores the violence on America's streets. Three years earlier, to the day, the U.S. Senate passed the infamous Kansas–Nebraska Act, which decided that whether slavery would be permitted in the territories of Kansas and Nebraska (upon their ascension to statehood) would be determined by popular vote.

It was a grave mistake that led to bloodshed between neighbors.

Following the murder of a free-state advocate by a pro-slavery man in Kansas, violent clashes between settlers overwhelmed both territories. This was despite the fact that the initial murder turned out to have little to do with politics. Pro-slavery settlers sacked the town of Lawrence. John Brown, later of Harpers Ferry fame, then murdered five pro-slavery residents of the Pottawatomie Creek town in retaliation. Even outside of major attacks, the local population endures constant violence.

Yet Buchanan irrationally praises the Kansas-Nebraska Act in his inaugural address and lauds the idea of popular sovereignty. He never once hints that the policy has resulted in any violence, although that violence has dominated the national conversation for months.

In the nation's capital, things are not much better. For over a decade, challenges to duels among members of Congress, almost universally from Southerners to Northerners, had become increasingly common. A man who failed to accept such a challenge might be called a coward — harsh language against someone who needed to maintain a strong face before voters. Worse, a man who refused to duel was often considered fair game for attacks on the street. Citizens of the northern states had previously seen dueling as barbaric, but, in recent years, fed up, they took to sending their congressmen guns.

The whole thing had, in fact, come to a head about 10 months before the inauguration. Infuriated with a speech given by anti-slavery senator Charles Sumner, Rep. Preston Brooks walked into the Senate chamber and used a metal-headed cane to beat Sumner unconscious. Brooks continued even after Sumner passed out, while another pro-slavery congressman wielding a pistol stopped others from intervening.

In the aftermath, supporters sent Brooks dozens of canes.

This climate, too, Buchanan ignores in his speech, which concludes with him taking the constitutionally required oath of office. He plans to focus his presidency on foreign policy. But Buchanan immediately faces a more serious issue than a tone-deaf speech. He's not up to the job.

He is not just old on inauguration day, but ill and barely able to address the assembled guests. Some historians believe his illness that day resulted from food poisoning, but he continues to have bouts of illness throughout his presidency — including mental lapses.

He gives the job of secretary of state, the most powerful position in the cabinet, to Lewis Cass, a 75-year-old who also struggles mentally and delegates most of his work to younger men. Other prominent positions go to radical partisan warriors, undermining Buchanan's supposed desire for unity and demonstrating his inability to stand up to his party's base. His administration will later become known for corruption, as his cabinet members, likely on his orders, attempt to buy votes in Congress using taxpayer money.

From the beginning, the president misuses not just money, but political capital. He continues his push for popular sovereignty in Kansas, but, unsurprisingly, fails to effectuate any positive change.

In 1859, over two years into his administration, the aforementioned abolitionist, John Brown, leads an attack on the federal arsenal at Harpers Ferry, Virginia, hoping to use the seized weapons in a slave revolt. Rather than calm the waters, the president accuses northerners of conducting an "open war" on the South, echoing claims by southern leaders that the raid, rather than the solitary act of a fanatic, is a plot by Republicans.

Most historians would eventually rate Buchanan as one of the two or three worst presidents in American history.

In the waning days of his administration, after Abraham Lincoln becomes the president-elect, southern states begin to secede. President Buchanan condemns secession but believes he can do little to stop it. He ignores the recommendation of the nation's top general to prepare the military for war and fails to reinforce the endangered Fort Sumter, now besieged by secessionist militia. The island fortress will soon become the Civil War's first battlefield.

Most historians would eventually rate Buchanan as one of the two or three worst presidents in American history, and some openly hoped the country would never see another Biden — I mean, Buchanan.

Since the Almighty did not spare us, let us pray that He grants us another Lincoln — or at least a Trump or DeSantis. 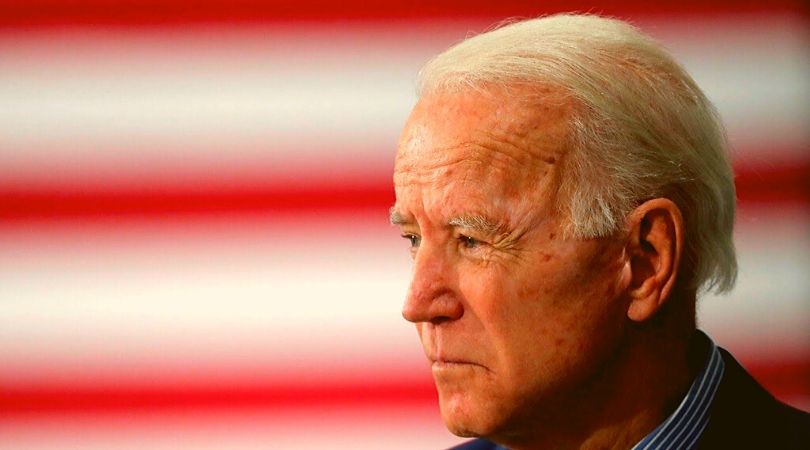