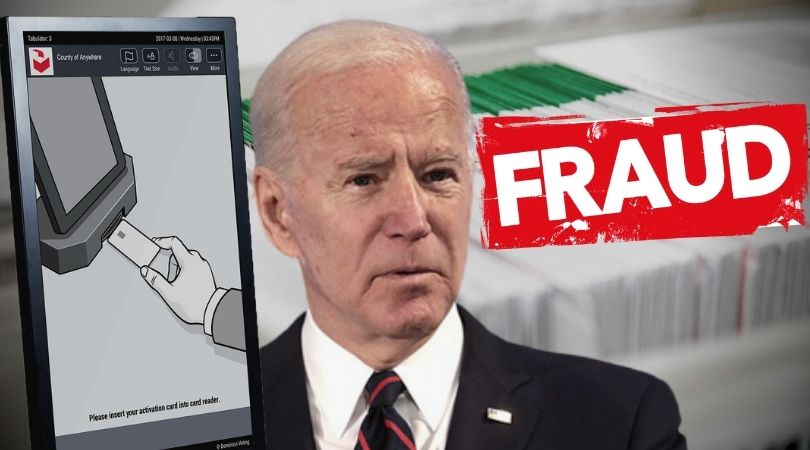 WASHINGTON (ChurchMilitant.com) - The Biden administration is pressuring a court not to release a secret report on voting irregularities in Georgia.

Officials at the Cybersecurity and Infrastructure Security Agency are urging a judge not to allow the release of a document that analyzes how Dominion Voting Systems' equipment performed in Georgia during the 2020 elections.

In a Feb. 10 filing, government lawyers alleged that releasing the report now "increases the risk that malicious actors may be able to exploit any vulnerabilities and threaten election security."

U.S. district judge Amy Totenberg, an Obama appointee, is overseeing the case. The report was prepared by J. Alex Halderman, director of the University of Michigan Center for Computer Security and Society.

CISA officials say they want to review the report and help Dominion resolve any weaknesses before the report is released. They do not provide a date for when this review would conclude.

The agency argues that it already has a process in place to address vulnerabilities "critical to the security of our nation's information systems."

Brad Raffensperger, Georgia's secretary of state, has flip-flopped on the issue of whether to release the report. Most recently, in late January, Raffensperger called for the release to happen "immediately."

Widely considered to be a RINO, Raffensperger maintained that not releasing the report is "generating misleading media articles about the Dominion voting equipment used in Georgia." But until his January statement, Raffensperger opposed its release.

David Cross, a lawyer for the plaintiffs in Donna Curling, et al., v. Brad Raffensperger, et al., told The Epoch Times his team has been pushing the secretary of state to release the report for months.

Cross noted Raffensperger's lawyers "have objected to every request we and Dr. Halderman have made to the court over the last several months to make the report public and provide it to federal and state election security officials."

Cross took Raffensperger to task, saying, "He's accountable to voters for that deliberate dereliction" and for failing to secure Georgia's election system.

As has been widely reported, multiple Georgia counties suffered "massive" election-integrity failures and mismanagement during the 2020 election.

"Ballots are supposed to be moved in numbered, sealed boxes to protect them," the investigator wrote, noting that ballots were not numbered or sealed in boxes.

An in-depth analysis of mail-in ballot images by Voters Organized for Trusted Election Results in Georgia last summer revealed the hand-count audit in Fulton County "was riddled with massive errors and provable fraud."

According to The Epoch Times, the team found "seven audit tally sheets they believe were falsified to contain fabricated vote totals." The findings indicated "a batch containing 59 ballot images for Biden and 42 for former President Donald Trump was reported as 100 for Biden and 0 for Trump."

As news of the integrity failures reached the public, President Trump said, "The news coming out of Georgia is beyond incredible. The hand recount in Fulton County was a total fraud! They stuffed the ballot box and got caught. We will lose our country if this is allowed to stand."

The hand recount in Fulton County was a total fraud!

Raffensperger, however, continues to maintain the 2020 election ran smoothly.

In a statement best described as solipsistic, Dominion CEO John Poulos claimed Halderman's report lacks "a holistic approach" and that his corporation "supports all efforts to bring real facts and evidence forward to defend the integrity of our machines and the credibility of Georgia's elections." 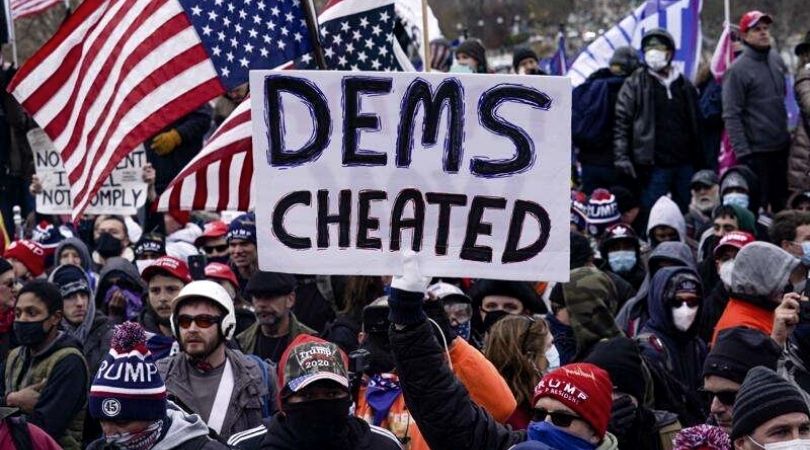