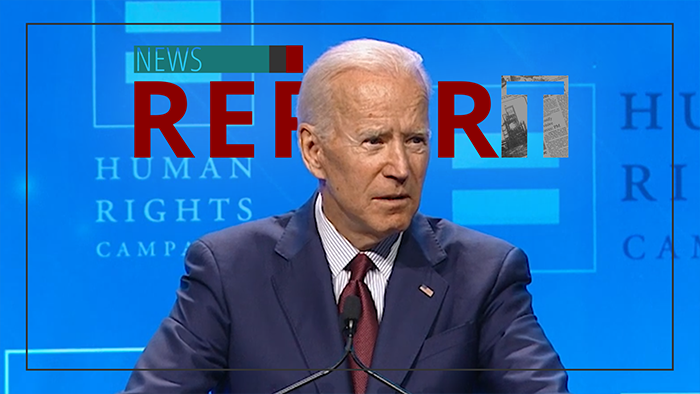 The Biden administration has been by far the most morally corrupt in American history, consistently supporting sexual deviancy and the Culture of Death. Church Militant's Paul Murano uncovers the morally depraved agenda — that spreads confusion, suffering and death — from the nation's anti-Catholic Catholic president.

The Biden administration is spending your money on programs here and abroad that violate human dignity and life. Opening wide the Pandora's box that began with contraception, there's now a special focus on transgender youth.

Joe Biden: "I'm proud to join you today to celebrate the courage of transgender individuals."

From the beginning of his unelected presidency, fake Catholic Biden rescinded the Mexico City Policy, thus promoting abortion internationally. He also withdrew the United States from the Geneva Consensus Declaration, dedicated to women's health without abortion. He appointed pro-aborts to run federal agencies and is advancing abortion and gender ideology around the world.

Biden: "To all transgender Americans watching at home, especially young people. You're so brave. I want you to know your president has your back."

Now, in the name of AIDS prevention, the National Institutes of Health is funding a Columbia University study asking so-called gay and transgender boys as young as 13 — without parental permission — to catalog their sexual activity on a mobile app.

Biden: "This is our real moral obligation. These are not somebody else's children. They're all our children."

Dr. Rebecca Schnall, who leads the project, stated, "If parental permission were sought, then our study participants may not be willing to participate." Critics say that, in a nutshell, sums up this administration's leftist agenda.

Rationalizing its unethical activities, the NIH claims that while the ratio of men that are homosexual is about 2%, they make up 56% of all HIV cases.