Bathrooms and sports at risk

One of Biden’s first orders is particularly troubling for U.S. Catholics. It makes sexual orientation and gender identity protected classes in the workplace. It also endangers children in bathrooms and on sports teams — saying kids who identify as transgender should have access to "the restroom, the locker room or school sports."

Michael Hichborn of the Lepanto Institute had this to say about the executive order: "This executive order is the first step in an all-out war against faithful Christians."

Biden is a phony Catholic. In addition to transgenderism, he also supports abortion and so-called gay marriage.

Biden: "And finally, we need to ensure that women have access to all health services during this crisis. Abortion is [an] essential health care service."

Despite all this, the U.S. bishops have largely gone soft on Biden, refusing to condemn him for his defiance of Catholic teaching.

Los Angeles' Abp. José Gomez — president of the U.S. bishops' conference — noted Biden’s stance on abortion in a statement Wednesday. But he also praised Biden as an example of caring for the poor, and observed he's the first Catholic president since John F. Kennedy.

Conspicuous over Biden’s shoulder in the Oval Office Wednesday was a photo of him shaking hands with Pope Francis.

In October 2019, a priest in South Carolina decided to deny Biden Holy Communion owing to his stance on abortion. Asked about the incident, Biden criticized the priest, claiming even the pope had given him Communion before.

Biden: "And it's not a position that I've found anywhere else, including from the Holy Father — [who] gives me Communion."

Biden is expected to increase federal funding for abortion. Under his administration, Democrats in Congress could even enshrine child-killing into federal statutes. 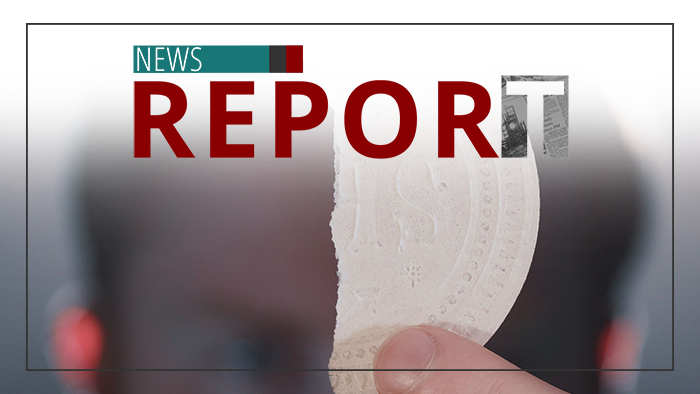