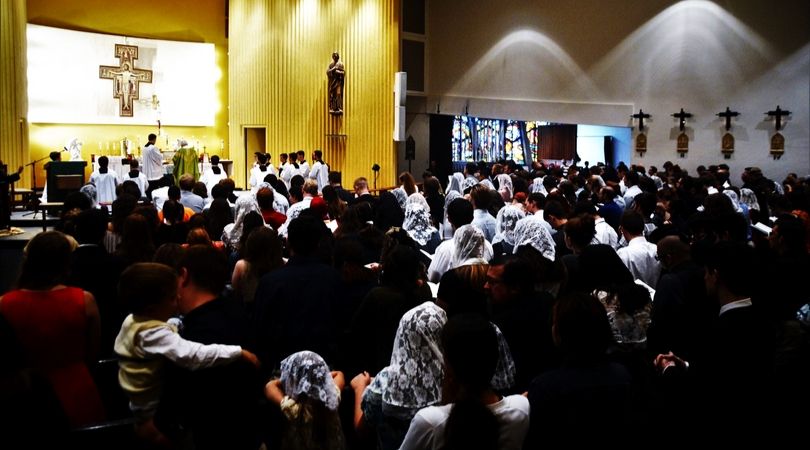 One student: 'The Latin Mass was absolutely amazing!'

STEUBENVILLE, Ohio (ChurchMilitant.com) - Students at Franciscan University of Steubenville (FUS) showed their love for tradition recently in the largest-attended Traditional Latin Mass (TLM) on campus since 2007.

The TLM offered Sept. 22 filled Christ the King Chapel with 436 congregants based on an official chapel count, making this the most well-attended TLM since the publication of Summorum Pontificum in 2007.

The youth of today are becoming more and more orthodox.

Church Militant spoke with some FUS students who attended the Mass.

"I think the Latin Mass here at Franciscan, in particular the attendance of it, illustrated that despite what some people might think, the youth of today are becoming more and more orthodox," Jacob Schweitzer said.

Arianna Moudatsos found the Latin Mass amazing, disagreeing with a common notion that offering the traditional Mass in Latin is an obstacle to evangelization:

The Latin Mass was absolutely amazing! I was so glad to have the opportunity to attend, and it was so edifying to see a huge amount of young people gathered together for it. Sometimes people say that if one is not familiar with Latin it makes it very difficult to evangelize through the Latin Mass. I disagree. The beauty of Latin Mass enables me to lift my heart and mind to God in a special way. It's a treasure we are very blessed to have.

Grady Stuckman was happy the new schedule makes the TLM more available: "I am so glad the High Mass is at a more convenient time. It makes this wonderful thing more accessible to those who have never heard of it."

FUS has a Latin High Mass one Sunday every month at 2 p.m. and a Latin Low Mass sometimes on Saturday at 8 a.m. There are currently four High Masses in the fall and four in the spring.

The TLM was organized by Juventutem Franciscan, the FUS chapter of an international movement of young adult Catholics who love the Traditional Latin Mass.

Present nationwide and abroad through chapters, Juventutem brings traditional young Catholics together for "the sanctification of the youths worldwide according to the Roman traditions of the Church."

The Latin Mass was absolutely amazing!

Many members have made life-long friends, and some have met their spouses.

Anne, who prefers not to use her last name, spoke to Church Militant about Juventutem and the impact the group has had on her life:

Juventutem was a group that my sister and I joined to learn more about our faith and the Tridentine Mass. It exceeded my expectations. Many of the members formed a small young adult Catholic community to encourage each other in friendship, prayer, adoration, weekly Rosary groups, game nights and pro-life events.

My husband and I initially met through the Tridentine Mass, but our friendship grew through the monthly Juventutem meetings we joined as friends after meeting. At meetings, we continued to learn about the importance and tradition of the Mass, the Blessed Mother, prayer and tithing. My sister met her husband at the first Juventutem meeting my now-husband and I attended.

The next TLM at FUS will be offered Oct. 13, the feast of Our Lady of Fatima. 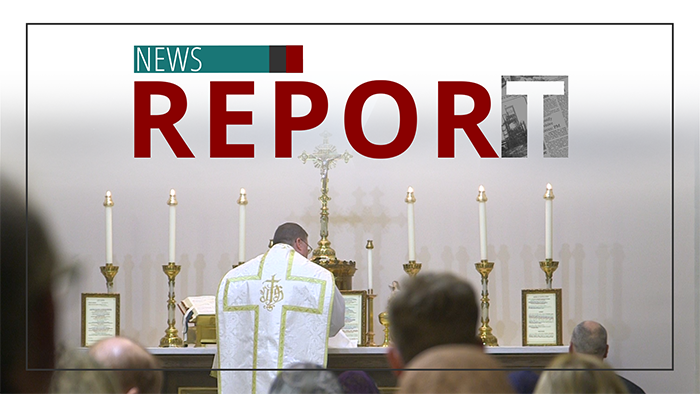 Watch
From Occultic to Traditional Catholic
By William Mahoney, Ph.D.   •   0