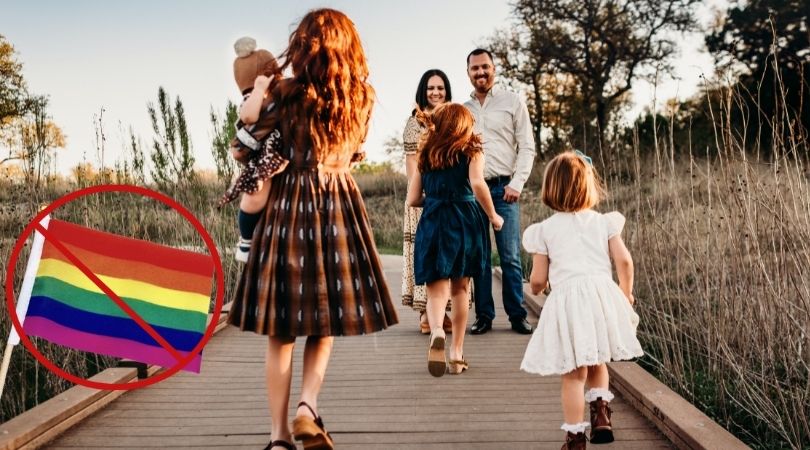 LANSING, Mich. (ChurchMilitant.com) - Faith-based adoption agencies in Michigan can operate according to their convictions, according to a settlement that allows them to deny services to same-sex couples.

The proposed settlement, filed with the federal district court in Grand Rapids on Tuesday, prohibits the state from cutting off funding to faith-based adoption agencies that refuse to place children with LGBT couples. It further requires Michigan to pay Lansing-based St. Vincent Catholic Charities, which sued the state in 2019, $550,000 to cover attorney fees.

"The teaching of the Catholic Church and, hence, the adoption policy of St. Vincent is rooted in both faith and reason: That children, on the whole, do best in life when they grow up with a mom and dad who are married to each other," asserted Rich Budd, director of Marriage and Family Life for the diocese of Lansing.

Children, on the whole, do best in life when they grow up with a mom and dad who are married to each other.

Michigan's executive director for the Department of Health and Human Services' Children's Services Agency, Demetrius Starling, expressed disappointment about the proposed settlement in a statement Wednesday: "While this outcome is not what we hoped for, we are committed to providing support to the many members in the LGBTQ+ community who want to open their hearts and their homes."

On Capitol Hill, congressional Republicans are pledging their support of faith-based foster care and adoption agencies. On Wednesday, more than 100 senators and representatives signed a letter addressed to HHS Secretary Xavier Becerra that calls on the government to not withhold federal funding from agencies because of their closely held religious beliefs.

"HHS should be welcoming child welfare providers, not excluding them," expressed the lawmakers. "Children are too important to be pawns in political games."

The letter was published in response to a November announcement by HHS that it was rescinding "overly broad" waivers issued by the Trump administration to faith-based agencies that violate nondiscrimination law in such ways as refusing to place children with LGBTQ couples.

The November HHS announcement followed up on what Joe Biden had vowed to do while campaigning for the White House, namely, abolishing President Trump's protections for faith-based agencies. Biden's intentions would strip many children awaiting adoption in foster care from the possibility of having both a mother and father.

Placing children with homosexual couples does not provide the best environment for children.

Phony Catholic Biden's official campaign website stated, "Along with the freedom to marry comes the freedom to build a family. Biden believes that LGBTQ+ people and same-sex couples should be able to build and protect their families."

Research shows, however, that placing children with homosexual couples does not provide the best environment for children. In fact, studies show it to be harmful.

Sociologist and Catholic priest Fr. Paul Sullins, Ph.D., during a conference in 2013, went as far as to say allowing same-sex couples to adopt children would mean "doing violence" to the children.

A study by Sullins for the Catholic University of America in 2016 found these disturbing facts affecting children reared by same-sex parents:

Research in 2012 for the New Family Structures Study, which surveyed 3,000 adults raised by same-sex couples, similarly revealed these people suffered from:

A joint report in 2015 from Princeton University and the Brookings Institution reveals just how important it is for children to be raised by both a biological mother and father: "Reams of social science and medical research convincingly show that children who are raised by their married, biological parents enjoy better physical, cognitive and emotional outcomes, on average, than children raised in other circumstances."

The Catholic Church's teaching on the family forbids not only active homosexuality but also same-sex parenting. The 1987 document Donum Vitae teaches, "The child has the right to be conceived, carried in the womb, brought into the world and brought up within marriage: It is through the secure and recognized relationship to his own parents that the child can discover his own identity and achieve his own proper human development."

The child is not an object to which one has a right, nor can he be considered as an object of ownership: rather, a child is a gift, "the supreme gift" and the most gratuitous gift of marriage, and is a living testimony of the mutual giving of his parents.

Saint Vincent Catholic Charities has been serving the state of Michigan for over 70 years but faced closing prior to this week's proposed settlement. Talks of a settlement began after a major U.S. Supreme Court ruling last year found Philadelphia had violated a Catholic foster care agency's First Amendment rights by refusing to partner with it unless the organization agreed to place children with same-sex couples.

Melissa Buck, who along with her husband, Chad, adopted five children through SVCC, expressed elation over Tuesday's victory: "We are overjoyed that the state of Michigan has now recognized the important role religious adoption and foster care agencies like St. Vincent Catholic Charities play in helping children find loving homes."

The preliminary settlement is awaiting a judge's approval.