In a column published Friday, Catholic League's Bill Donohue goes after ChurchMilitant.com, characterizing this apostolate as a group of "right-wing crazies" writing "hit pieces" against his friend Cdl. Donald Wuerl. According to Donohue, our motive stems from Cdl. Wuerl's alleged closeness to Pope Francis, and the fact that (in his words) we "hate the pope."

Anyone familiar with our apostolate knows this charge to be laughable. We have consistently defended the Holy Father against attacks, and have even been condemned by various groups for our steadfast refusal to publicly criticize the Pope. We pray for the Holy Father daily, love him, and have always been faithful to Peter.

Cardinal Wuerl's Playbook
With his smear, Donohue is in fact working out of Cdl. Wuerl's playbook, whose modus operandi includes discrediting theological opponents as enemies of the Pope. As we noted here:

After several Synod Fathers expressed concern over possible liberal manipulation at the Synod, Wuerl — instead of addressing the substance of their claims — did what any shrewd politician would do when caught: He impugned his opponents' integrity.

In an interview with America magazine, Wuerl cunningly mischaracterized fellow bishops thus: "I wonder if some of these people who are speaking ... just don't like this pope. I wonder if that isn't part of it."

The comments, predictably, put orthodox prelates on the defensive, who scrambled to publicly deny the charges. "Creating a distraction," we wrote, "the focus would no longer be on addressing their legitimate concerns but rather on their personal character and trustworthiness. For Cdl. Wuerl, it was mission accomplished."

Donohue, like his cardinal friend, doesn't address the substance of our claims, choosing instead the low route of personal vilification, falsely painting us as "angry right-wingers" who "hate the pope." Perhaps for Donohue, too, it's mission accomplished — but such cheap shots have no place in intelligent discourse, and are beneath the dignity of Catholics.

But Donohue has a history of making cheap shots, once disparaging the faithful as "piety police" when they expressed shock that Cdl. Timothy Dolan had no problem with an activist gay group marching in the New York St. Patrick's Day Parade, another time comparing a journalist to a left-wing dictator because the journalist supports the long-established Church practice of denying Communion to manifest public sinners, as mandated by canon law. More on that later.

We privately asked Donohue to retract his false charge. He has failed to do so.

Attack Dog for the Establishment
In his Friday column, Donohue goes on to claim we dissembled when we wrote that the archbishop of Washington, D.C. owns his penthouse. "That is a lie," Donohue argues. "He owns not a centimeter of his third-floor 'penthouse.'"

But the facts prove otherwise. As we showed in our report, public property tax records show the building at 2200 California Street, NW in D.C. — the location of Cdl. Wuerl's residence — is owned by "The Roman Catholic Archbishop of Washington," a corporation. Incorporation records name "Donald Wuerl" as the current "governor" of the corporation, with a controlling interest in the property and the power to direct it and dispose of it as he wills. Cardinal Wuerl, in his capacity as governing board member of the Roman Catholic Archbishop of Washington corporation, technically owns the property. We stand by our claim.

There is perhaps reason for Donohue's defensivenes. He sits as head of a non-profit with $35 million in assets, and is personally paid a handsome salary of nearly $500,000 per year, according to latest records, with compensation of $417,500 plus "other compensation" of $57,376. His company describes its mission as working "to safeguard both the religious freedom rights and the free speech rights of Catholics whenever and wherever they are threatened." Among his outfit's duties, it seems, is its president's defense of high-profile prelates when they exhibit questionable behavior.

As we noted in our previous article, Cdl. Wuerl came under fire in 2012 for punishing a priest who attempted to protect the Blessed Sacrament. Father Marcel Guarnizo, a visiting D.C. priest, quietly withheld Holy Communion from an active lesbian Buddhist at Mass, safeguarding the Sacred Host from profanation as well as protecting the communicant from bringing greater judgment on her soul. He acted as any faithful priest should — yet Cdl. Wuerl swiftly brought down the hammer, stripping Fr. Guarnizo of his priestly faculties and banning him from active ministry in his diocese. Wuerl apologized to the lesbian Buddhist while leveling unfounded charges of "intimidation" against the priest (who was never given a chance to defend himself).

Donohue evidently had no problem with any of this, instead jumping to the cardinal's defense. After journalist George Neumayr wrote a column critical of the affair, rightly condemning Wuerl for exposing the Eucharist to sacrilege, Donohue issued a public statement scolding Neumayr for his "scary" dogmatism and labeling him a "right-wing fanatic." (That seems to be Donohue's go-to pejorative when it comes to orthodox Catholics who criticize his high-profile colleagues.) Donohue concluded by saying "Wuerl is a real man" and "I have nothing but respect for him."

But the D.C. prelate isn't the only one Donohue has shielded. New York cardinal Timothy Dolan has also benefited from Donohue's protection. In Donohue's own words, "Cardinal Dolan has no more rabid supporter than Bill Donohue." When Dolan invited President Barack Obama to be a keynote speaker at the annual Al Smith Memorial Foundation Dinner in 2012 — a $2,500-a-plate affair at the Waldorf-Astoria organized by the New York archdiocese, where cardinals rub shoulders with well-heeled, pro-abortion Democrats — the faithful were outraged, many thousands signing a petition asking that Dolan follow the example of his predecessor cardinals and rescind the invitation or refuse to attend. After all, not only is Obama the most radically pro-abortion, pro-homosexualist president in the history of the nation, he was, at the time, locked in a bitter feud with the Church over the HHS contraceptive mandate, trying to force the Church to go against Her teachings and bend to his executive will.

Dolan discounted their pleas, and Donohue went on Lou Dobbs' Tonight and "vigorously defended Dolan's decision," writing off faithful Catholics aggrieved by the matter as "piety police" — a phrase that brought about sniggering from Dobbs.

And in 2014, when the New York cardinal further scandalized the faithful by agreeing to be Grand Marshal of the St. Patrick's Day Parade, in spite of the fact that parade organizers were allowing an activist gay group to march officially under its own banner for the first time in the parade's 250-plus-year history, Donohue again went to bat for his friend. In a September 3 column, he wrote that "there should be no controversy" and he hoped the gay activists would "conduct themselves in a manner that honors St. Patrick" — nevermind the fact that they loudly promote sodomy and same-sex "marriage," entirely antithetical to Church teaching and everything St. Patrick stood for.

In fact, Donohue had struck a Faustian bargain: As long as parade organizers would let a pro-life group march, he'd offer no complaint about the gay activists. The parade committee agreed — only to later renege on their promise and choose to exclude the pro-life group. Furious, Donohue issued a statement saying he was "finished" with the parade.

But the faithful could see it all from a mile away; when you make a deal with the devil, don't be surprised when the devil fails to keep his end of the deal. Unsurprisingly, next year, not only will the parade not include a pro-life group, it will have not one but two gay activist groups marching under their own banners — while parade committee chairman John Lahey hopes to remove St. Patrick altogether as patron saint of the event.

A Question
The top canonist in the world along with the top doctrinal chief in the world have both publicly said Holy Communion must be denied to manifest public sinners, as mandated by canon 915 as well as long-established Church practice. Cardinal Raymond Burke, while head of the Vatican's supreme court, and then-Cardinal Joseph Ratzinger, as prefect of the Congregation for the Doctrine of the Faith, have both said the clear language of the canon requires this result. But Cdl. Wuerl has defiantly taken a contrary position — and Donohue, his ever-faithful media crony, is right by his side on this.

In 2009, Wuerl upset the faithful when he said he would not deny Holy Communion to then-Speaker of the House Nancy Pelosi, who — as a self-professed Catholic — has spent her entire political career running on a pro-abortion platform. Wuerl didn't want to "wield Communion [as a] weapon," he said — and Donohue is parroting Wuerl. In his recent complaint against ChurchMilitant.com, Donohue claims, "These crazies are mad at Wuerl because he doesn't believe in using the Eucharist as a weapon to smack liberal Catholic politicians."

The "Eucharist as weapon" argument has been soundly refuted by both Burke and Ratzinger, who wrote in a 2004 memo to the U.S. bishops:

This decision, properly speaking, is not a sanction or a penalty. Nor is the minister of Holy Communion passing judgment on the person's subjective guilt, but rather is reacting to the person's public unworthiness to receive Holy Communion due to an objective situation of sin.

And Cdl. Burke has noted that it's not the minister who wields Communion as a weapon, but rather the pro-abortion politicians "using the Eucharist as a political tool" in their obstinate refusal to respect the Sacrament.

Bill Donohue has made a lucrative career (to the tune of nearly half a million dollars a year) out of purportedly defending faithful Catholics from attacks in the media — but who's there to defend against Donohue when he goes on the attack against faithful Catholics whose particular brand of orthodoxy he dislikes? When he decides it's more convenient to protect his friends of high rank by disparaging the lowly faithful as "piety police"?

From his powerful, well-paid perch, Donohue looks down his nose at faithful Catholics scandalized by the hierarchy, mischaracterizing them while enabling the establishment to continue its work of eroding the Faith and harming souls. His irrational screed against ChurchMilitant.com only proves the point. Catholics need to start asking themselves whether his is an outfit deserving of their support. 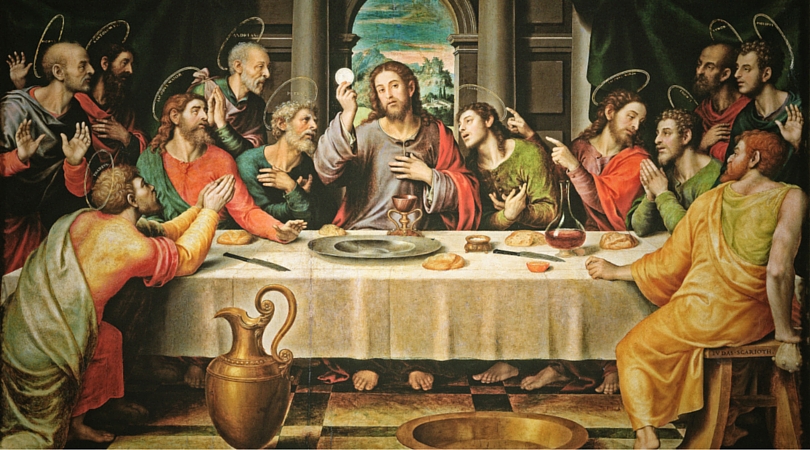