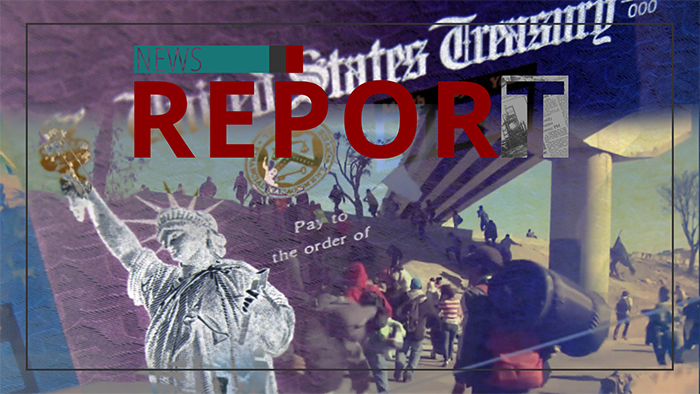 News anchor: "Those $1,400 stimulus checks — now millions of people are going to get their money today."

Americans aren't the only ones receiving COVID stimulus checks. This according to the Center for Immigration Studies in Washington, D.C. (or "CIS"). The CIS estimates that while citizens are receiving their latest round of stimulus checks, non-citizens are getting paid $4.4 billion in COVID-relief money.

But the economy isn't the only problem in this new era of open borders. Health care is also a concern. Camarota says crowded housing can lead to an increase of virus infection — that is, in those who weren't already infected before entering the United States.

There is actually is a very large body of research, a lot of it done in the United States, looking at the relationship between overcrowded housing and the spread of respiratory communicable diseases, like COVID, and that research, not surprisingly, finds a very strong link between the two.

Camarota: "[In the] June 27 presidential debate, all the candidates endorsed giving health benefits of some kind, government-provided benefits to illegal immigrants. But there was no exact discussion about what form this would take."

One problem, he sees, is that free health care would spawn more illegal migration into the United States, compounding current problems.

With increasing pressures and denials from the current administration, the country may not be able to sustain the surge for much longer.

Jen Psaki: "I'm not going to confirm numbers from here."

Camarota: "Tolerating illegal immigration or allowing such workers in the country legally is very likely to create a significant burden for taxpayers."

Between stimulus money, health care and further mixed messages from the Biden administration, the crisis of illegal immigration is again becoming the number one political issue.