In testimony released on Monday, Rochester's Bp. Emeritus Matthew Clark admits under oath that he was aware of sexual abuse allegations against priests, who he nonetheless returned to active ministry after sending them to rehabilitation centers. Mitchell Garabedian, an attorney representing 94 sexual abuse victims suing the diocese of Rochester, says Clark's deposition, given in March, indicates Clark did shelter known pedophile priests.

"The testimony by Bp. Matthew Clark under oath in his deposition of March 3, 2020 indicates that Bp. Clark hid pedophilia from the public for decades just as clergy sexual abuse victims had suspected," Garabedian commented.

The diocese, however, is downplaying the veracity of Clark's testimony, saying his memory isn't reliable owing to the apparent onset of Alzheimer's disease.

Federal Bankruptcy Judge Paul Warren ruled in February that Clark, who was bishop of Rochester for 33 years from 1979 until 2012, must reveal under oath what he knew of the clergy sex abuse scandal, which had forced the diocese into bankruptcy. In September, Rochester filed for bankruptcy less than one month after the Child Victims Act opened a floodgate of lawsuits against the diocese coming from alleged victims of clergy sex abuse.

Warren's ruling came in spite of a statement from Clark's neurologist, Dr. Anthony Maroldo, who claimed the bishop's testimony was unreliable owing to Clark's early stages of Alzheimer's.

The testimony by Bishop Matthew Clark ... indicates that Bp. Clark hid pedophilia from the public for decades.

While Warren in February did order Clark to give a deposition within 30 days, Maroldo's statement moved him to limit the length of Clark's interrogation needed for the deposition from seven hours to just three hours. It also moved him to limit the number of lawyers present at the deposition to include only Clark's personal lawyer, one diocesan lawyer, and one lawyer representing the victims. Finally, the only record of Clark's deposition, according to Warren, would be the written transcript, which was subsequently released on Monday.

Clark's testimony, according to Garabedian, shows the bishop did allow known predator priests access to minors.

"Given his testimony under oath, Bp. Clark had an utter disregard for the safety and well-being of children," Garabedian affirmed.

But the diocese of Rochester is downplaying the credibility of Clark's deposition. In a statement also released on Monday, the diocese emphasizes Clark's supposed early-stages of Alzheimer's.

"While any individual would have difficulty providing accurate memory of events that occurred over a period of more than 33 years, Bp. Clark was further hindered by his struggle with early Alzheimer's disease," read the statement.

Given his testimony under oath, Bp. Clark had an utter disregard for the safety and well-being of children.

The diocese added, "His language impairment limits his ability to form clear, cogent and reliable responses to such questions. As a result of these limitations, the deposition is in many instances imprecise and inaccurate and thus calls into question whether it is a credible addition to the bankruptcy case record."

Based on the clarity of Clark's responses found in the 140-page deposition, however, Garabedian disagrees.

"There were no ambiguous answers that I could see," remarked Garabedian. "He was very forthright. He didn't seem like he was confused at all. Anyone would agree that he was very clear and understanding and he answered the questions."

The rapidity with which the diocese filed bankruptcy after alleged abuse victims were allowed to sue, came as no surprise to insiders. The vast majority of clerical sex abuse in the United States was perpetrated by homosexual priests, who were given license to carry out such abuse by gay or gay-friendly bishops.

Clark, for instance, was lauded by the dissident pro-LGBT group New Ways Ministry for being "a longtime supporter of LGBT people in the Catholic Church." He was also close friends with the notorious pro-gay Bp. Howard Hubbard, then bishop of the neighboring Albany diocese.

Testimony from the late Fr. John Minkler spotlighted the two bishops' actions to further the homosexual agenda in their dioceses. Both bishops are accused of readmitting homosexual predator clergy back into active ministry.

Garabedian says such bishops must be held accountable for the abuse that took place at the hands of their own priests.

"By hiding pedophilia, Bp. Clark was part of the horrible problem and not part of the solution," he observed. 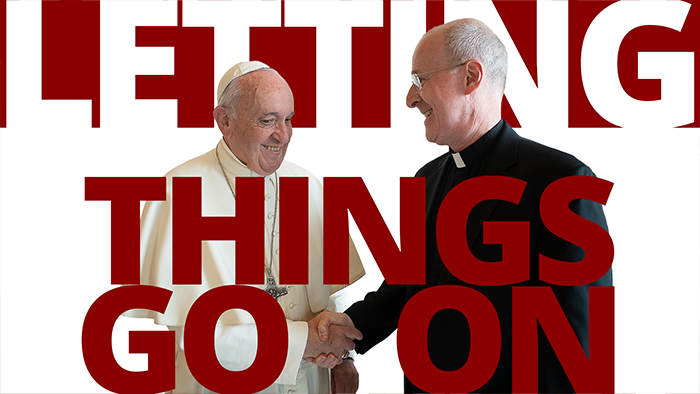 Letting Things Go On
For way too long.
Evening News