'If you're not allowed to use your free will, it's tyranny'

TYLER, Texas (ChurchMilitant.com) - A bold American bishop is encouraging the faithful to resist coercive vaccine mandates, even at the price of martyrdom. Meanwhile, his ecclesial colleagues are only too pleased to sacrifice the free will of their flocks to maintain political prestige.

On Tuesday, Bp. Joseph Strickland of Tyler, Texas condemned sweeping jab requirements during an episode of his show on Virgin Most Powerful Radio. —

"To coerce someone, to mandate that you do something that you know is immoral — you know, that's what people have died for in the past," Stickland declared. "We might reach that point again, where people just have to say, 'You're going to have to take my life rather than force me to do something that I know is morally repugnant.'"

You're going to have to take my life rather than force me to do something morally repugnant.

The prelate called on men of goodwill to oppose the so-called vaccine being forced into the arms of countless Americans: "If you're not allowed to use your free will, it's tyranny."

Strickland has spoken strongly against the abortion-tainted jab in the past, announcing early last month that he himself considers it immoral and refuses to get the shot. He was dismissive of the much-ballyhooed "remote" connection between the vax and abortion, arguing there should instead be no connection: "There's been very little noise about demanding ... that Big Pharma provide ethically produced vaccines."

Some two weeks later, the Texan spoke in opposition to the vaccine mandates, which he clarified are "contrary to the Catholic faith." He cited part three of the Catechism of the Catholic Church (on God-given free will) to illustrate his point.

Section 1731 of the Catechism, for example, provides, "Freedom is the power, rooted in reason and will, to act or not to act, to do this or that, and so to perform deliberate actions on one's own responsibility. By free will one shapes one's own life."

Most bishops across the globe are rabidly promoting the abortion-tainted vaccine.

He further cited Gaudium et Spes, §17, which exhorts, "Only in freedom can man direct himself toward goodness. ... Man's dignity demands that he act according to a knowing and free choice that is personally motivated and prompted from within."

Most U.S. bishops — indeed, most bishops across the globe — are rabidly promoting the abortion-tainted vaccine while timidly saying a few words against mandates (if they say anything against mandates at all). Despite the fact the Congregation for the Doctrine of the Faith reiterated in December that "vaccination is not, as a rule, a moral obligation" and that "therefore, it must be voluntary," most bishops are endorsing federal, state or private vaccination requirements. Some prelates (most notably Cdl. Blase Cupich of Chicago) have gone a step further and have even mandated the jab for their priests, denying them the opportunity to exercise their free will.

Archbishop Timothy Broglio of the military archdiocese has been a particularly vocal supporter of fake Catholic Joe Biden's vaccine mandates, which impacted members of the military before nearly any other branch of the federal government. Broglio announced Tuesday he would begin granting religious exemptions for those who don't want the jab. Unfortunately, it's a case of "too little, too late." Most of the unvaccinated in the armed services have either been coerced to take the jab or have resigned.

But the seemingly duplicitous archbishop praised the abortion-tainted drug and falsely claimed even remote cooperation with the evil of abortion "is never sinful." Broglio, like many of his apostolic brethren, is toeing Pope Francis's pro-vaccine line while paying lip service to conscience rights.

Also on Tuesday, Benedictine nun Mother Miriam expressed her concerns for the Church under such weak leadership.

"So many of our shepherds — our bishops and cardinals — have given in to the evil, evil agenda of COVID," she lamented. "But the shocking thing is that pastors and bishops will not allow people to enter a church without the vaccine."

Strickland, at least, is standing up for truth and pushing against the modern age as hard as it pushes against Holy Mother Church. 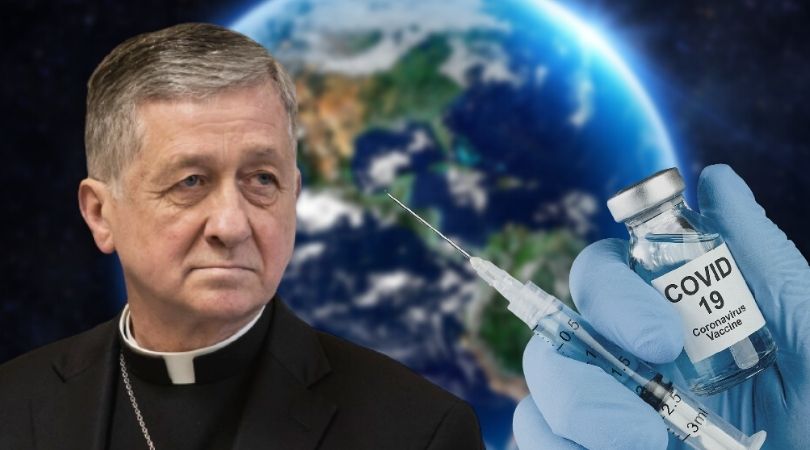 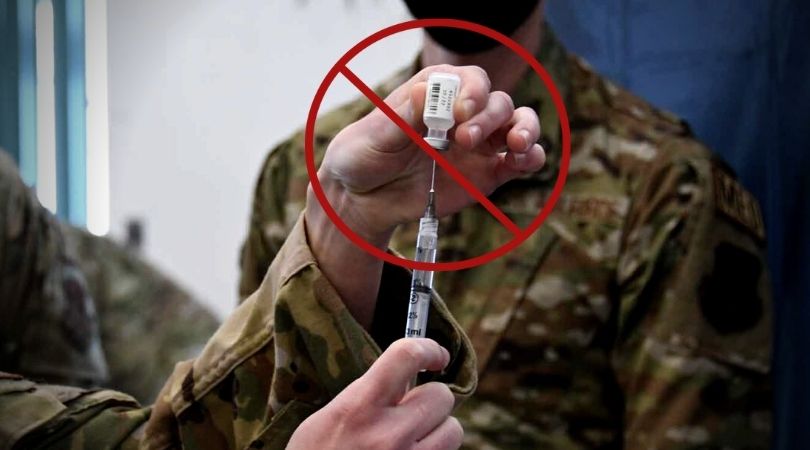