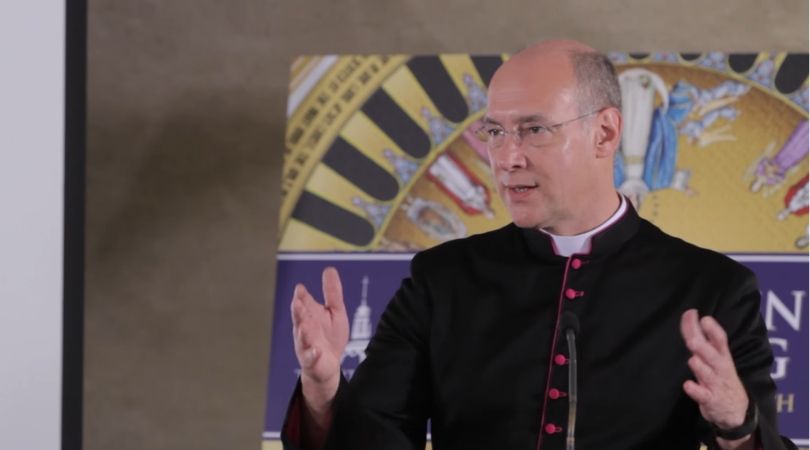 Rossi remains in active ministry, in spite of being investigated by two dioceses for sex abuse

WASHINGTON (ChurchMilitant.com) - A Texas bishop is calling on an alleged homosexual predator priest to be placed on leave while two investigations into abuse are ongoing.

In a Sept. 4 tweet, Bp. Joseph Strickland of the diocese of Tyler insisted Msgr. Walter Rossi, rector of the National Shrine of the Basilica of the Immaculate Conception in Washington, D.C., should be suspended while under investigation for homosexual predation.

Retweeting a tweet from Church Militant's Michael Voris, in which Voris said, "So why is Msgr. Walter Rossi even still, right this very moment, not been removed from ministry while not one, but TWO investigations of him are being conducted for homopredation," Strickland wrote, "This is contrary to canon law; a canonical Preliminary Investigation is called for and Msgr Rossi should be on administrative leave."

Rossi is being investigated by two dioceses: Scranton, Pennsylvania, where he is incardinated, and Washington, D.C., where he serves at the National Shrine. When contacted by Church Militant asking why neither Bambera nor Gregory have restricted Rossi's ministry, neither offered a response.

In June, Church Militant reported that Abp. Carlo Maria Viganò confirmed that, as papal nuncio, he had received multiple complaints of homosexual abuse by Rossi from students of nearby Catholic University of America (CUA).

"I can say that, while I was a nuncio in the United States, I received the documentation that states that Msgr. Rossi had sexually molested male students at the Catholic University of America," Viganò wrote in comments to Italian journalist Marco Tosatti. "The Vatican, in particular Cdl. [Pietro] Parolin, is well aware of the situation of Msgr. Rossi, as is Cdl. Wuerl."

"Monsignor Rossi is, without a doubt, a member of the 'gay mafia,'" he added.

When Church Militant contacted Rossi in June for reaction to Viganò's remarks, Rossi's spokeswoman said they were "baseless and without merit or substantiation." Asked directly if they could confirm that the papal nuncio had received such complaints about Rossi, the spokeswoman evaded the question, instead writing, "The National Shrine has never received any credible allegations of improper conduct by Monsignor Rossi."

Bishop Joseph Bambera of Scranton announced on Aug. 15 he was launching an investigation into Rossi a year after "concerns were raised in the public sector regarding Monsignor Walter Rossi." An initial investigation by the Washington archdiocese under Cdl. Donald Wuerl resulted in findings that the allegations were not credible. Since then, however, the Washington archdiocese has agreed to conduct another investigation, working jointly with Scranton, into further allegations of sexual misconduct.

Neither bishop, however, has restricted Rossi's ministry, even as the investigation is ongoing — not typical for most priests being investigated for serious allegations of sexual misconduct.

Church Militant consulted an experienced canon lawyer, who noted that, while the allegations don't revolve around abuse of minors, the fact that they involve serious allegations of abuse of adults would permit a bishop to temporarily restrict Rossi's faculties while the investigation takes place.

"If the alleged crime is not sexual abuse of a minor, then canon 1722 measures cannot be imposed prior to the initiation of the penal process," he wrote, "but a similar measure, called administrative revocation of faculties, can be carefully crafted and imposed even before a preliminary penal investigation is closed."

While Bambera would have the authority, as Rossi's ordinary, to temporarily revoke his faculties, Gregory would also have the power to restrict his ministry at the Washington National Shrine, where the archbishop has power to remove or appoint the rector.

Gregory first addressed questions about Rossi publicly at a Theology on Tap session in mid-August, where a young man asked him, "I'm wondering why in that sort of situation he hasn't been removed from active ministry until an investigation can be completed?"

Gregory appeared to defend Rossi in his response: "First of all, in our society, people can be 'proven guilty' by innuendo or by common conversation," going on to say that no victim of Rossi has complained he was harmed by the monsignor.

"It seems to me that the investigation has to come from his bishop, he's a priest of Scranton," said Gregory. "Until that kind of investigation is done, a forensic one, outside investigators — I don't know how we can make a decision until those kinds of investigations are completed."

In August Church Militant contacted CUA to ask if it would remove Rossi from its board of trustees. Spokeswoman Karna Lozoya responded, "The Catholic University of America takes allegations of sexual misconduct and assault on our campus seriously. We have robust reporting policies and procedures," concluding with information on how to report abuse. 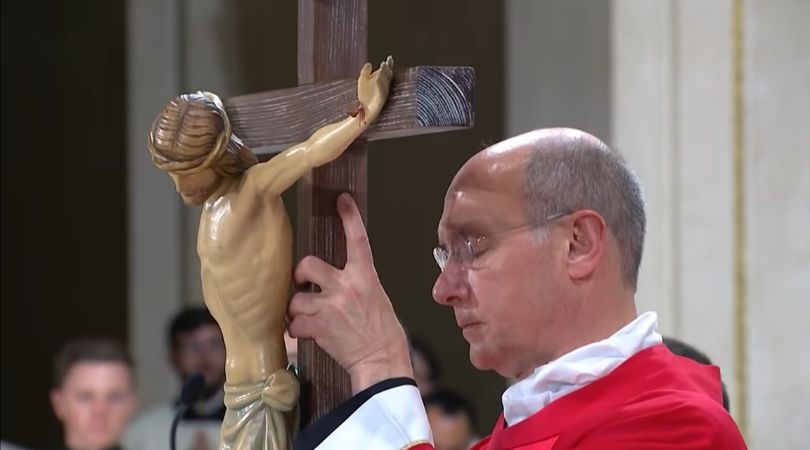 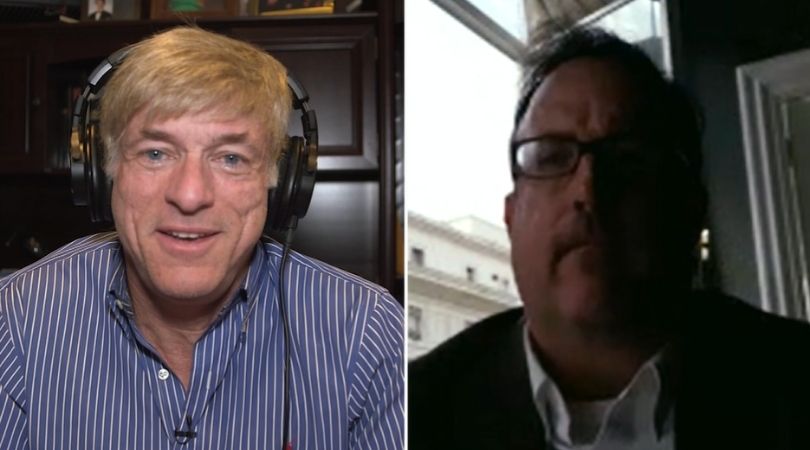