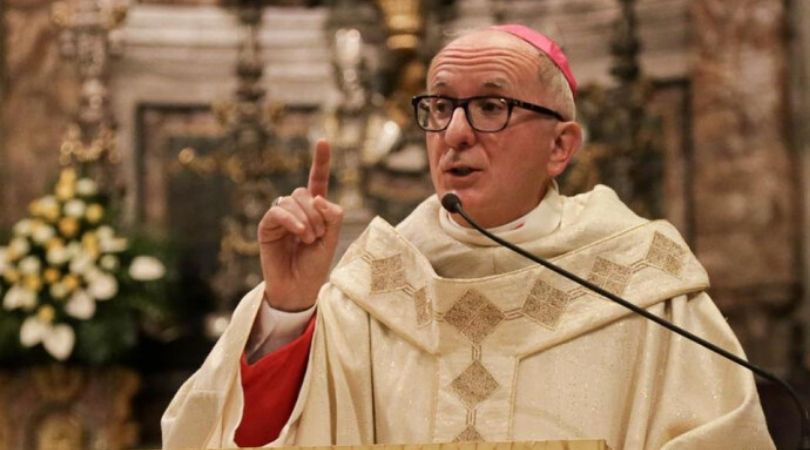 ROME (ChurchMilitant.com) - A cathedral congregation is expressing bewilderment after the bishop announced he was omitting the Nicene Creed so as not to offend non-Catholics present.

After preaching his homily on the Feast of the Epiphany, Bp. Derio Olivero of the diocese of Pinerolo made the announcement about the omission.

"Since there are also non-believers, everyone will say it silently," Olivero told his flock at the Cathedral of St. Donatus in Pinerolo, a town in Piedmont, near Turin. "Those who believe can say it, and those who don't believe or have other beliefs will silently contemplate the reasons for their beliefs."

A few minutes of embarrassed silence followed the bishop's announcement, then the Mass resumed as if nothing had happened, La Nuova Bussola Quotidiana reported.

We Christians do not have the truth in our pockets but we are in search of the truth like everyone else.

Olivero, a strong advocate of ecumenism, renamed the Mass of Epiphany the "Mass of the Peoples" and invited representatives of other denominations and civic authorities to the late afternoon service on Jan. 6, a national holiday in Italy.

"I respect the Missal 52 Sundays a year and I always respect the liturgy, but on the occasion of this Mass there were people from other confessions in church and I thought that Catholics could silently say the Creed, and those like the Waldensians and the Orthodox could proclaim something in which they believe," Olivero said, defending his decision to omit the key proclamation of the Christian faith.

Non-Catholics present were so shocked that one of them recorded the bishop's announcement on his mobile phone.

"The liturgy is not yours and you have no right to edit it," a Catholic commenter hit back on the bishop's Facebook page.

A spokesman from the diocese justified the bishop's omission by saying that Olivero was doing it so that the congregation could "better internalize" their beliefs.

On Oct. 28, 2018, the bishop held an "ecumenical celebration of the Word of God" in Pinerolo Cathedral with Waldensian pastor Gianni Genre. Derio told Catholics they could fulfill their Sunday Mass obligation if they attended the non-eucharistic service.

The Waldensians are a sect that emerged in the 12th century emphasizing the virtue of extreme poverty and pacifism. They were declared heretics and excommunicated by Pope Lucius III in 1184.

However, Derio has insisted that "we Christians do not have the truth in our pockets, but we are in search of the truth like everyone else."

Derio participated in the celebration of Ramadan shortly after his episcopal appointment in his diocese in 2017, and again in June 2019, delivering ecumenical greetings to Muslims of the town. The bishop, seated with the local authorities, respectfully listened to the mufti's speech and was present during the Islamic prayers.

In Feb. 2018, Derio defended Francis' apostolic exhortation Amoris Laetitia in an interview, saying: "Marriage continues to be indissoluble but not unbreakable."

When asked if the Church should bless a new union after a divorce, the bishop replied: "We have not contemplated this in the Piedmontese Episcopal Conference, but I think it could be a good solution. Having made a proper journey, a blessing can be expected, which means recognizing the validity of the relationship."

Francis appointed the 58-year-old bishop to the see of Pinerolo in 2017. Derio is said to be a "career bishop" who is angling for the See of Turin.

Critics have accused the bishop of imitating Francis' "non-offensive" Catholicism.

In Mar. 2013, Pope Francis offered a "silent blessing" to journalists and news media workers, acknowledging that not all of them were Catholic or believers. The "blessing" omitted the Sign of the Cross and the invocation to the Holy Trinity.

"Given that many of you do not belong to the Catholic Church, and others are not believers, I give this blessing from my heart, in silence, to each one of you, respecting the conscience of each one of you, but knowing that each one of you is a child of God," Francis said. "May God bless you."

The leftwing NewYork Times applauded it as "a rare gesture for a pontiff and a sign of openness toward other faiths and engagement with the secular world."

On Sep. 15, 2019, at a meeting with young people at Politeama Square in Palermo, Francis again dropped the traditional papal benediction and the Sign of the Cross. Instead, the pontiff offered a non-Trinitarian "prayer of blessing" without mentioning the name of Jesus, instead asking God to "accompany all these young people on the journey and bless us all."

"It is hard to see what the Dalai Lama would have said differently," a blog critical of the pope remarked.

However, on Oct. 4, Francis blessed a Pachamama idol in the Vatican gardens and signed himself with the Sign of the Cross before an indigenous person who had brought the image up to the pontiff.

The Feast of the Epiphany, popularly known as the Feast of the Three Kings (or Three Wise Men), marks the revelation of Jesus as the divine Son of God to the nations. In Greek, "epiphany" means "revelation."

In 2017, Kelvin Holdsworth, dean of St. Mary's Episcopal Cathedral, Glasgow, provoked international outrage for inviting a Muslim student to read from the Koran in Arabic at a eucharistic celebration on Epiphany Sunday.

The reading from Maryam, Sura 19 explicitly denies the divinity of Jesus and claims He was no more than a prophet because "it is not befitting to the majesty of Allah that He should beget a son."

Former Anglican bishop and Queen's Chaplain Dr. Gavin Ashenden, who recently converted to Catholicism, was forced to resign from the royal household after he repeatedly objected to the fiasco at St. Mary's Cathedral. 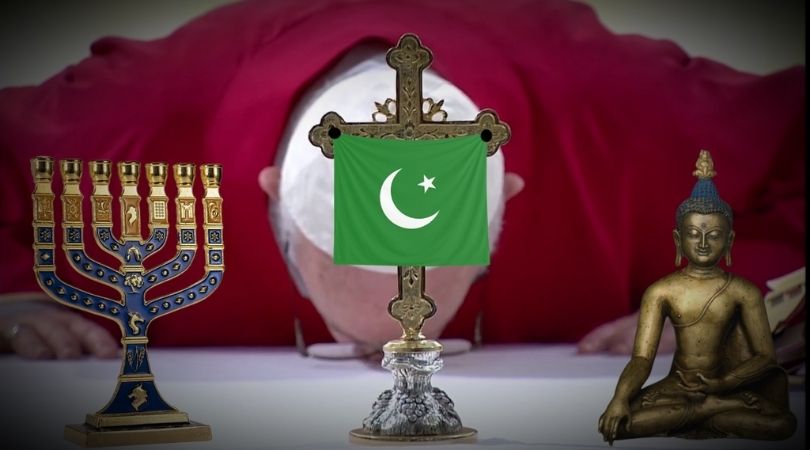 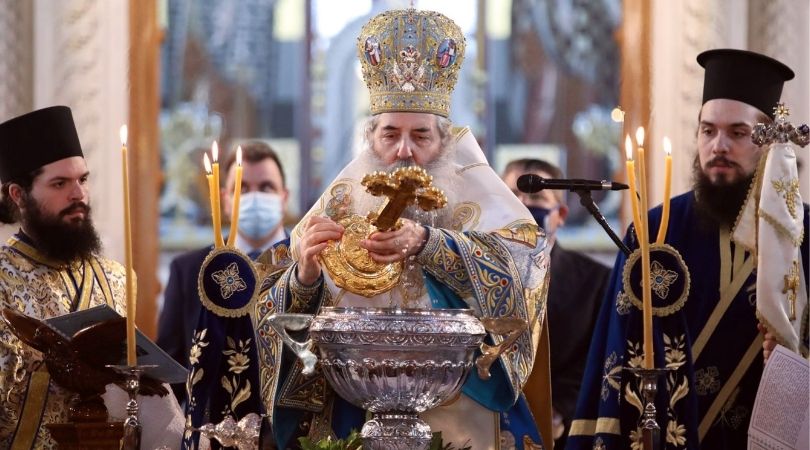