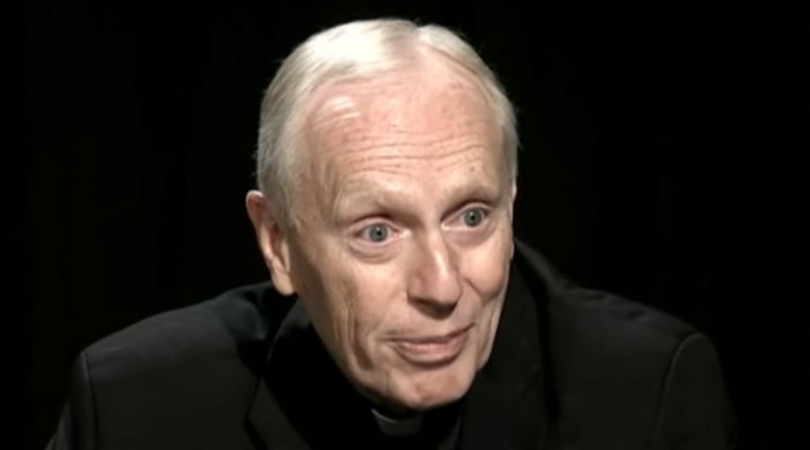 In the suit, a man identified only as "P.R." claims that Bp. Howard Hubbard and Fr. Paul Bondi sexually abused him in the 1990s when he was a teenager.

It states the Fr. Bondi abused P.R. while stationed at St. Mary's Catholic Church in Ballston Spa, New York, when P.R. was 12–15 years old. It also alleges that Bp. Hubbard abused P.R. when the boy was 16 years old.

"During the time Fr. Bondi and Bp. Hubbard were employed by the diocese, they used their positions as priests to groom and to sexually abuse plaintiff," the lawsuit alleges.

Several of the instances of alleged abuse took place at church events, and several happened in a room connected to the sacristy.

The suit is one of many that were filed in the state of New York on Wednesday, as the state has temporarily lifted the statute of limitations for claims of child sexual abuse.

In response to the lawsuit against the bishop emeritus, the Albany diocese — now headed by Bp. Edward Scharfenberger — said in a statement Wednesday:

While this charge is extremely distressing for the diocese of Albany, the bishop emeritus is entitled to be treated in the same manner as any other priest or deacon who has been accused of abuse. ... It is critically important to remember that, like anyone else, Bp. Emeritus Hubbard enjoys the presumption of innocence, and we will withhold any judgment until all the facts are known and this case is resolved. We take all allegations seriously and pray for all who come forward with allegations.

Attorneys representing Bp. Hubbard told the media Wednesday, "We unequivocally deny all the allegations against him."

This is not the first time that Hubbard has been accused of sexual misconduct.

This is not the first time that Hubbard has been accused of sexual misconduct.

In 2004, a claim was made that Bp. Hubbard had sexually abused a male some 30 years prior. That alleged victim committed suicide in 1978 at age 25, and his brother says there was a suicide note accusing Hubbard of homosexual predation.

Hubbard was installed as bishop of Albany in 1977 and stayed in that position for 37 years. Some have argued that Hubbard wreaked havoc on the diocese and left it in shambles when he finally retired in 2014.

In the 1990s, a whistleblower priest identified Bp. Hubbard as a ringleader of homosexual clergy and theological dissidents. The priest, Fr. John Minkler, penned a letter in 1995 to Cdl. John O'Connor of the archdiocese of New York, relating allegations of widespread theological and moral corruption in the Albany diocese.

In his letter to the cardinal, Fr. Minkler wrote that an Albany physician heard stories from two different AIDS patients about "a ring of homosexual Albany priests which also included Bp. Hubbard."

A permanent deacon at the cathedral in Albany where Bp. Hubbard has been residing for the last few years has seen the bishop leaving and returning very late at night, dressed in cut-off shorts and tank-tops. He states that the bishop keeps very much to himself, is very secretive, and that he feels that the bishop is living a double life. It is also his impression that, unless Bp. Hubbard has a public Mass schedule for some event, he does not celebrate Mass even privately each day.

Beyond allegations regarding Bp. Hubbard, Fr. Minkler's letter relayed the theological and moral mayhem that seized control of the Albany diocese during Hubbard's tenure.

Below are a few examples of allegations made in Fr. Minkler's letter:

In 2001, Fr. Minkler added handwritten notes to the document — including a comment that "at least 1/2 of the priests in the Albany diocese seem to be gay."

Priests and laity alike are reluctant to speak against Bp. Hubbard because he tolerates no dissent from his dissent.

Father Minkler was found dead in his home in 2004 under mysterious circumstances. It was ruled a suicide, but many people who were close to the priest suspected foul play. He had met with Bp. Hubbard a few days before his sudden death, seemingly because his name had recently been tied to the letter to the cardinal.

Slamming a "pastoral plan" that Bp. Hubbard had for the diocese, an Albany priest told The Wanderer in 1991, "Bishop Hubbard wants to create a structure where he can appeal to various types — those who want married priests, women priests, homosexual priests."