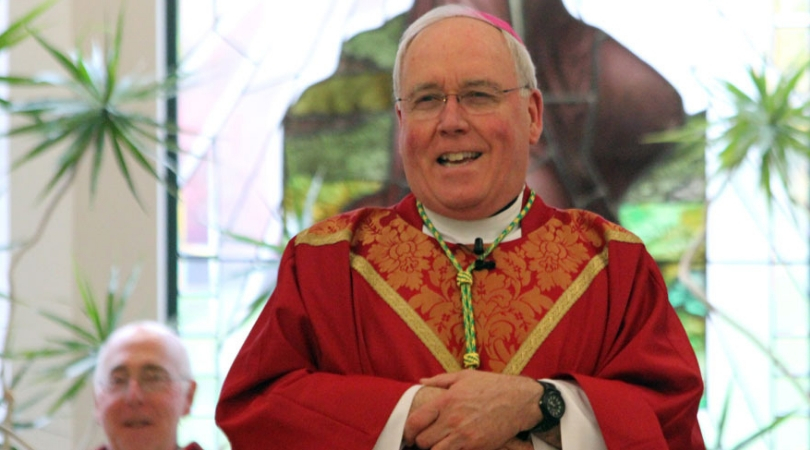 BUFFALO, N.Y. (ChurchMilitant.com) - Following reports of an unofficial hunt for a whistleblower at Buffalo's Christ the King Seminary, some are calling for the bishop to take swift action against those spearheading the investigation. And at least one seminarian is now in the hospital as an indirect result of the scandal.

Last week, the seminary came under scrutiny after confidential seminarian testimony was leaked to media revealing "pornographic" conversations that took place among priests at a pizza party at Ss. Peter and Paul parish in Hamburg. Three priests were suspended as a result: Fathers Art Mattulke, Bob Orlowski and Patrick O'Keefe.

The seminarian testimony was leaked to local ABC affiliate WKBW, which published the document (warning: graphic content) alleging that Mattulke joked about viewing an image of a parishioner's genitals, made vulgar jokes about types of gay sex and discussed a priest who went to truck stops to give oral sex, among other things. Some of the material is too graphic to include here.

After the leak, inside sources claimed Interim Rector Fr. John Staak and Academic Dean Michael Sherry (a former policeman) engaged in "aggressive" pursuit of the mole, interrogating the five seminarians who testified against the suspended priests.

Inside sources tell Church Militant, however, that it is likely that a non-seminarian leaked the document to media. They also say that Malone is being urged to fire Staak and Sherry for interrogating the seminarians, who felt so intimidated by the questioning that they met privately with the bishop Thursday to express their concerns. He reportedly became angry, pounded his fist on the table, and said he would not tolerate retaliation against seminarians for reporting conduct that needs to be reported.

Both Staak and Sherry deny having engaged in any investigation to discover the leak. Asked whether the seminarians were suffering retaliation, Staak told Church Militant via email, "Absolutely not from the seminary!"

Inside sources say, however, that this is not entirely true, and although an official investigation was never launched, there was "aggressive" questioning of seminarians to determine the source of the leak. Media exposure caused them to back off.

Inside sources say Malone is being encouraged to take swift action and discipline Staak and Sherry, the latter whose actions as academic dean could be a violation of the standard of impartiality required by the New York State Board of Education, as well as a violation of the Standards for Accreditation of the Middle States Association of Colleges and Schools, which requires "the avoidance of conflict of interest or the appearance of such conflict in all activities and among all constituents."

A failure to act on Malone's part will be seen as his taking part in the cover-up.

A failure to act on Malone's part will be seen as his taking part in the cover-up, according to sources, and chancery staff are reportedly hoping the bishop will discipline Staak and Sherry. Those close to the bishop are reportedly unhappy with the events at Christ the King and fear that inaction by Malone will lead to the blame falling on him at a time when he's facing mounting pressure to resign, in the face of multiple scandals related to homosexual predator priests.

Church Militant contacted Kathy Spangler, spokeswoman for the diocese, to ask if Malone plans on taking any action against Staak or Sherry. Spangler answered by email: "There are no such investigation [sic] taking place."

A first-year seminarian was arrested after driving while intoxicated and crashing into the front of a house in the early morning hours Tuesday. The driver, 22-year-old Eric Eggert, was taken to the hospital, where he is receiving treatment for his injuries.

Church Militant has learned from inside sources that the accident is fallout from the pornographic priest party. Eggert had attended the party, overheard the priests' conversations and was so scandalized that he disenrolled from the seminary and spent the days following in a state of emotional distress, rethinking his priestly vocation. This was apparently the last straw for Eggert, an idealistic young seminarian, who told friends he could "not take this anymore" and no longer wanted to be a priest.

His drinking was reportedly the result of this distress, leading him to his intoxicated state that resulted in the accident Tuesday morning.

It now appears @Pontifex's top U.S. ambassador will set foot in the @BuffaloDiocese at a time of unprecedented tumult for both the diocese, and now, its seminary. @WKBW @BishopRJMalone https://t.co/8SdA4gL5on pic.twitter.com/d8JDLhFt39

Those in the seminary community see Eggert as the first casualty of a year of scandalous revelations about the seminary, Bp. Malone and his protection of accused predator priests.

Last year, Christ the King's former rector, Fr. Joseph Gatto, abruptly resigned in September in the wake of homosexual assault allegations. A lawsuit had been filed by a local man receiving spiritual counseling from Gatto, who claims the rector "quickly befriended me, and shortly thereafter made unwanted sexual advances toward me."

Gatto denied the claim, reportedly spending a stint at Southdown Institute, a rehabilitation center for clergy in Toronto, Canada.

Gatto was involved in recruiting homosexual seminarians from Latin America in the 1990s and 2000s, who would then be farmed out to various parishes. According to Church Militant's special report:

5/9/2019: This article was updated with the response received from Kathy Spangler, spokeswoman for the diocese of Buffalo. 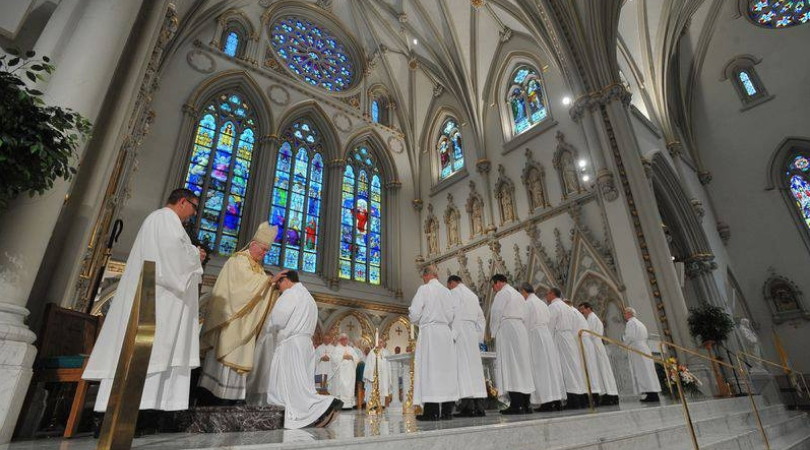 Buffalo Seminary Denies Crackdown on Whistleblowers, But Inside Sources Say Opposite
By Christine Niles   •   0