Bishop of Lincoln Engages in Deflection

Violates due process for priests in face of mounting criticism

In nothing less than a cover-up of a different kind, James D. Conley, the bishop of the diocese of Lincoln, Nebraska is now overtly violating the sacred canons of the Church and the sexual abuse policy he himself promulgated in 2013 in an effort to deflect the spotlight away from his failings as a bishop and onto the priests under his paternal responsibility.

In a remarkable series of carefully crafted and repeated public disclosures, the bishop of what many thought was one of, if not the most "orthodox" and well-run of dioceses in the United States, heir to that powerhouse of vocations built brick by brick by Bp. Fabian Bruskewitz, issued a series of public statements apologizing for his lack of "transparency" in disclosing to the flock allegations of reprehensible conduct on the part of some of his priests.

The sky fell Aug. 1, when Peter Mitchell, a priest formerly of the diocese of Lincoln and laicized at his own request, penned an explosive essay published in The American Conservative by journalist Rod Dreher. In his essay, Mitchell recounts the predatory behavior suffered by him and fellow seminarians at the hands of the now-deceased former vocations director, Msgr. Leonard Kalin.

That same day, the diocese of Lincoln issued a statement revealing it was "aware of past reports of conduct contrary to prudence and moral law by Msgr. Leonard Kalin" and that the "diocese addressed these allegations of misconduct directly with Msgr. Kalin during his time in priestly ministry."

However, two days later, on Aug. 3, the bishop of Lincoln penned a column for his diocesan paper rightly remarking how "questions have been raised about whether other Church leaders knew about some of this abuse, and about whether they could have intervened to stop it," only to raise questions about his own assertions on the next day, when he issued a letter stating that the diocese received "one report of a physical boundary violation by Msgr. Kalin, in 1998."

On the one hand, the bishop apologizes for a lack of transparency; yet on the other, he fans the flames of obfuscation either by misstatement of fact, or worse, intentional misdirection.

In a subsequent but far more troubling statement issued on Aug. 10, Conley dares employ the word transparency to justify his violation of the sacred canons governing a cleric's right to strict confidentiality and preservation of his good reputation when he disclosed to the public two unsubstantiated allegations of criminal canonical conduct on the part of Rev. James Benton, a priest of the diocese of Lincoln.

In doing so, not only did Conley violate the norms of canons 489, § 1, 1717 and 1719 of the Code of Canon Law and articles 1–4 of the Instruction Secreta Continere of the Secretariat of State of the Holy See issued on Feb. 4, 1974, but also Section 2-D of the "Policy of the Lincoln Catholic Diocese Regarding the Reporting of Alleged Cases of Child Abuse or Neglect," providing that "care must be taken to avoid defamation of the character of either the alleged victim or the accused."

The bishop continues to violate the sacred canons again and again in disclosing other highly confidential matters pertaining to three other priests who, under canon law and norms issued by the Holy See, have a right to the strictest confidentiality regarding any complaint of conduct gravely unbecoming a priest, or personal inability to serve, unless it be by judgment issued after due process was guaranteed to the accused finding guilt on his part for his commission of a canonical delict, and the cleric currently poses a reasonable risk to other persons.

See Pontifical Council for Legislative Texts, Response, Prot. No. 15512/2016: "It does not appear legitimate to motivate the publication of information for reasons of transparency and reparation (unless the subject himself consent), because such a publication would in fact contradict can. 220 CIC."

Canon 220 of the Code of Canon Law provides: "No one may unlawfully harm the good reputation which a person enjoys, or violate the right of every person to protect his or her privacy."

Every faithful has a right to safety from dangerous predators, be they common crooks or, to a Christian's great shame, even cardinals of the Holy Roman Church. Every Catholic likewise has a right under natural, constitutional and indeed canon law to equal and due process in defending himself against allegations of grave misconduct.

What the faithful truly want, what bishops must guarantee once and for all, what the Church was and is solemnly mandated by Our Lord Jesus Christ to provide, are good and holy priests.

Unknown to many Catholics, there are many deliberately false allegations that have been and are still being made every day against innocent priests by a variety of persons for a variety of reasons. And if one be found guilty of a canonical crime after having been afforded due process, then the Church has a right, if not the gravest duty, to inform in a manner proportionate to need the Catholic faithful under Her responsibility of that condemnation, in accord with the norms of natural and canon law.

If a priest, however, despite specific allegations made against him having been found to be unsubstantiated, for good reason, still poses an actual risk to the Catholic community, then how and why was he ordained a priest to begin with? How did he get away with being a problem priest for so long? Who is ultimately responsible for having decided to ordain him? We should not be at this point in the Church's history asking ourselves this question.

What the faithful truly want, what bishops must guarantee once and for all, what the Church was and is solemnly mandated by Our Lord Jesus Christ to provide, are good and holy priests. The faithful do not want excuses. They do not want the covering up of crimes by their shepherds. They do not need anymore smoke and mirrors from their bishops, just straight answers and straight priests in accord with sacrosanct rights given by the Church and by natural justice.

The faithful want and have a right to accountability on the part of the bishops for their failings. What they need most of all, however, is access to valid sacraments so they can achieve salvation that only the Church and Her priests can provide.

The faithful cannot afford to lose anymore good priests who, even if they may not be saints, will have their reputations, and consequently their ability to serve the faithful, utterly destroyed with every illicit disclosure made in violation of the sacred canons by bishops rushing to cover for their reputations rather than resigning as they should. 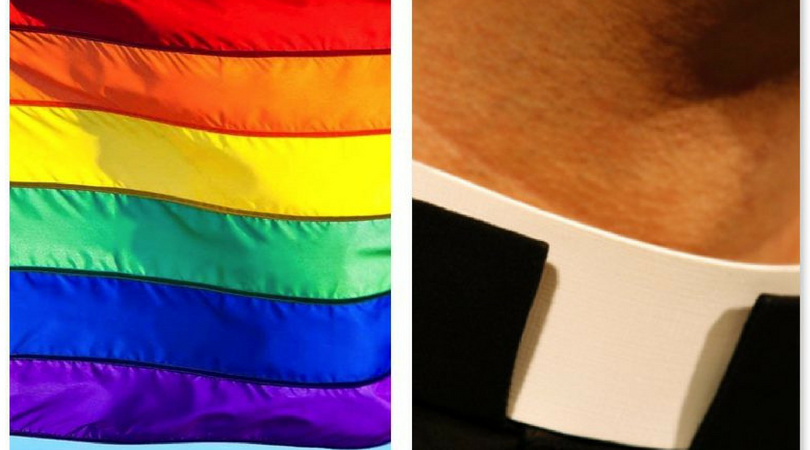 Why Did So Many Gay Men Enter the Priesthood in the 20th Century?
By Church Militant   •   0