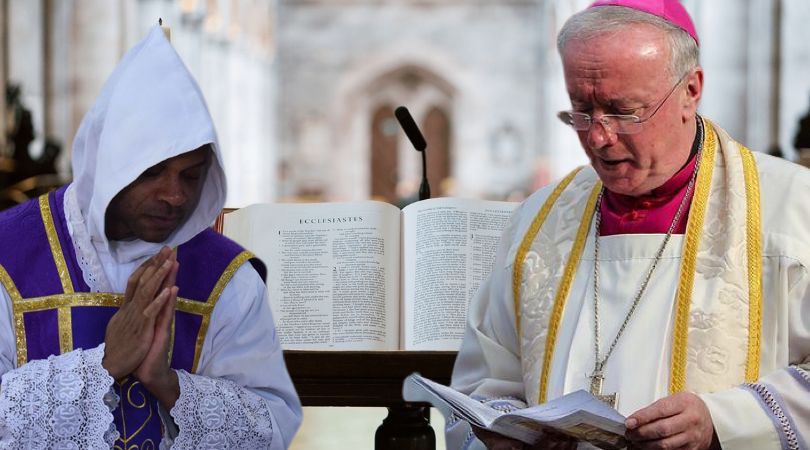 PORTSMOUTH, England (ChurchMilitant.com) - A prominent pro-life prelate is scapegoating a Black traditionalist friar for preaching a sermon against the LGBTQ+ indoctrination of children in Catholic schools.

In a letter to his clergymen, bishop of Portsmouth Philip Egan denounced Fr. Rosario M. Ebanks for causing "great offense to many," after the friar's homily, preached at St. Mary's and St. Columba's Church, Gosport, triggered LGBTQ+ activists.

Bishop Egan sent his ad clerum to diocesan clerics after a local newspaper published extracts of the friar's 15-minute homily on Tuesday, branding it an "appalling" and "distressing" sermon from the "Stone Age."

Portsmouth diocese immediately apologized and condemned Fr. Ebanks' sermon for its "inflammatory language," stating that it "disagree[d] with the statements that have been made and would emphasize that the Catholic Church respects and welcomes all people."

In the ad clerum, obtained by Church Militant, Egan said the diocese has "done all we can to reduce people's exposure to this homily although, sadly, it has been shared widely across the digital sphere and has been picked up by local and national media."

If they come from places like Africa, they bring with them cultural baggage.

"I have taken action, and there may be further consequences following an investigation of those involved," the bishop, who is known to be a conservative, stressed.

Meanwhile, a source from Portsmouth diocese told Church Militant that the friar (who is of Afro-Caribbean origin) is facing racial abuse from pro-LGBTQ+ Catholics — including a blogger who attacked foreign priests for their poor English and "very heavy accents."

"If they come from places like Africa, they bring with them cultural baggage about things like sexual orientation and gender," the blogger added, accusing African priests of desiring to build up wealth quickly and inappropriately "because of a background in poverty."

The homily that got Fr. Ebanks into trouble with LGBTQ+ activists and with Bp. Egan

The racial allegations are reminiscent of Cdl. Walter Kasper's statement during the 2014 Synod on the Family — which insisted that Westerners couldn't discuss homosexuality with Africans and that Catholics in Africa "should not tell us too much what we have to do."

Dr. David Virtue, editor of Anglican news site VirtueOnline, explained to Church Militant how the LGBTQ+ divide along racial lines had split Anglicanism. "Since the consecration of openly homosexual bishop Gene Robinson in 2003 and the first meeting of orthodox Anglican bishops in 2008 under the banner of GAFCON (Global Anglican Future Conference) — made up mostly of African bishops — the Anglican communion has de facto divided."

The West has rejected the authority of Scripture on human sexuality, aligning itself with a woke culture of pansexuality. For its sins, it is dying in North America and Europe — while a vibrant African Anglicanism rises from the ashes of a post-colonial past, unafraid to stand solidly on Scripture as its foundation on all matters of faith and practice. The faultline could not be clearer.

A homily is never a place for a preacher to air his own theories.

In his homily, titled "The Evil Agenda Infiltrating Our Catholic Schools," delivered in a genial tone and in impeccable English, Fr. Ebanks urged congregants "to be conformed to Christ" during Lent by fighting against "the world, the flesh and the Devil."

The preacher, who is a member of the Marian Franciscans, quoted St. John Chrysostom to expound the gospel text on Jesus' temptation in the wilderness and His combat with the Devil. "Our Lord did this to give us an example of how to overcome temptation," Fr. Ebanks noted.

The friar, who celebrates the Traditional Latin Mass, listed several temptations and instructed his people on how to overcome them with prayer, self-denial, the sacraments of the Holy Eucharist and confession and praying the Holy Rosary.

Fr. Ebanks then illustrated his point on temptation by interpreting "the signs of the times" — one of the hermeneutical principles of Vatican II — and pointed, in the manner of the biblical prophets, to "a very particular way in which the Devil is tempting."

I would like to speak about a very particular way in which the Devil is tempting the faithful, tempting the little ones, those who are innocent and pure. It is very sad, dear brothers and sisters, that we have opened a door to the Devil in our Catholic schools, embracing all this gender ideology and this rainbow flag revolution.

Failure to condemn such acts of depravity puts children at risk.

Fr. Ebanks asked how parents will respond if their son comes home and says he wants to wear a skirt or change his gender — since their son is told in school that this is acceptable. Ebanks noted:

The preacher questioned if people were surprised by an increasing number of parents pulling their children out of "Catholic" schools and homeschooling them.

How Not to Preach

Egan's ad clerum, however, argues that preachers are to "preach only with love and humility" and "homilies should be pastoral, emphasizing God's mercy."

"A homily should express the kerygma, the joy of the gospel of Christ and the love of our Savior Jesus Christ. It should communicate good news even when offering a challenge," Egan stresses, citing Vatican II's Sancrosanctum Concilium. "A homily is never a place for a preacher to air his own theories about the ills of the Church," he notes.

However, the Homiletic Directory, published by the Congregation for Divine Worship, and the Discipline of the Sacraments (2015) notes that topical themes, along with biblical exegesis and doctrinal instruction, can be effective elements in a homily; it recommends the Catechism of the Catholic Church as an important resource for preachers.

Anyone who dares voice a contrary view is silenced by Orwellian thought police.

The Catechism of the Catholic Church teaches us that under no circumstances can homosexual sex acts be approved (CCC 2357), and this is what our Catholic schools should be teaching. Father Ebanks was absolutely right to warn families in his parish that a failure to properly condemn such "acts of grave depravity" puts innocent children at risk.

The silence from episcopal pulpits about the promotion of LGBT and gender ideology in Catholic schools is the real scandal. Catholic school libraries stock books promoting LGBT. LGBT militants go into schools to run workshops, homosexuality is treated as equivalent to heterosexuality, and the bishops stay silent.

In February, Gemma Ackred, headteacher of St. Thomas More High School in the diocese of Brentwood, shocked local Catholics when she marked "LGBTIQ+ History Month" by publishing, for the school assembly, a prayer affirming gender confusion and homosexuality.

The bishop of Brentwood, Alan Williams, refused to discipline Ackred — even after she announced that every subject taught at the school would have at least one lesson "educating" pupils on LGBTIQ+ issues.

Well-known Muslim psychologist Dr. Kate Godfrey-Faussett, who has been campaigning against the infiltration of the LGBTQ+ agenda in faith and state schools in Britain, told Church Militant she was "saddened by the capitulation of faith leaders to the LGBTQ+ tyranny rather than submitting to God and holding fast to His Truth."

"We can't ignore the fact that this sexual movement infiltrating our children's schools is part of an insidious agenda that must be called out," Dr. Godfrey-Faussett warned, noting that such indoctrination is "the culmination of decades of a strategic secular, liberal political movement to normalize and promote a sexual ideology at odds with all major faiths."

Silence from pulpits about LGBT ideology is the real scandal.

"Anyone who dares object or voice a contrary view is swiftly silenced by the Orwellian thought police — or worse," she lamented.

"By so publicly condemning Fr. Ebanks, the diocese of Portsmouth has stirred up the mob against this brave priest — who is now being subjected to racist attacks," Donnelly said. 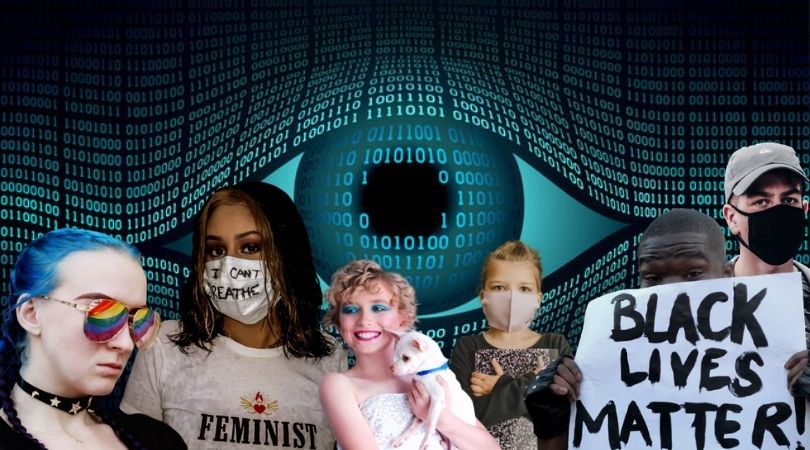 The Unwilling Suspension of Disbelief
By Church Militant   •   0 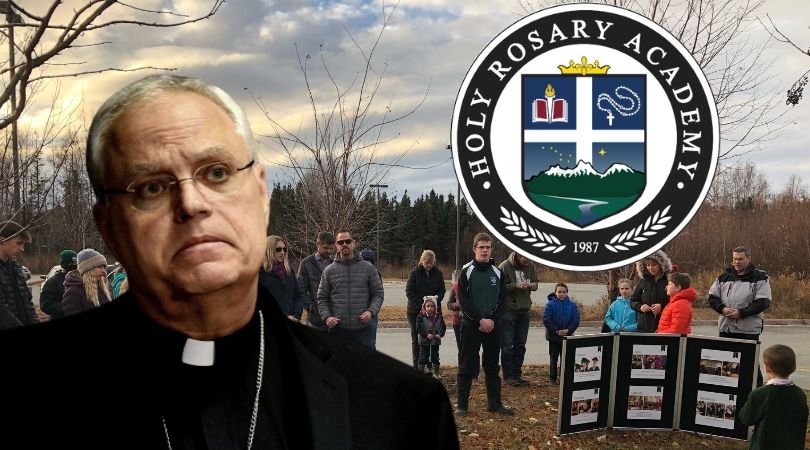 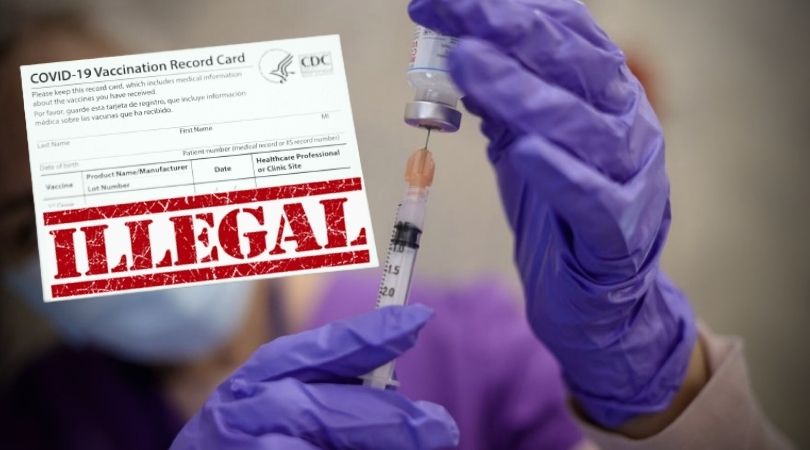