COLUMBUS, Ohio (ChurchMilitant.com) - An Ohio bishop is sidelining a zealous priest for speaking too clearly on various Catholic topics including homosexuality.

Bishop Robert Brennan of Columbus is benching pro-family, pro-life priest Fr. Joseph Klee after active homosexuals threatened the cleric with violence. In a message posted June 22 on the website of the diocese's St. John the Baptist parish, Brennan explained that he stripped Klee of all priestly duties but did not mention removing his priestly faculties via suspension.

The bishop's message immediately followed a prayer vigil Klee held outdoors on the Solemnity of the Sacred Heart on June 19 and which he repeated the following day on the memorial of the Immaculate Heart of Mary. LifeSite reported that a banner was featured at these vigils which read "God's marriage = 1 man + 1 woman."

Klee verified to LifeSite that Brennan's removal of his priestly assignments was caused by this particular "outreach" as well as by threats of violence from "the local active homosexual community."

For years, Klee has been a zealous advocate of many pro-family issues. He made headlines in 2017 while participating in a pro-life vigil at a local abortion mill. Church Militant reported that Klee was hit by a car driven by an abortion clinic volunteer who was leaving the mill. The volunteer had stolen pro-lifers' signs and was speeding away when the incident occurred.

For years, Klee has been a zealous advocate of many pro-family issues.

Klee was also the chaplain for 10 years at the diocesan Courage program. The program is for people struggling with same-sex attraction. The Catholic outreach emphasizes the need for such individuals to remain chaste and live according to Catholic moral teaching with the help of the grace flowing from the sacraments. The program eventually grew in popularity and Klee was replaced.

Complaints about Klee's recent prayer vigils, which were offered as an outreach to those struggling with same-sex attraction, were made by LGBT activists, according to a LifeSite source.

"Gays make demands at the [diocesan] chancery on [East] Gay Street and expect their demands to be honored," said the source.

Klee is considered by many to be an orthodox priest, who always presents authentic Catholic teachings. His outspokenness, zeal and clarity on various teachings, however, has gotten him in hot water with the bishop over the years.

In his statement, Brennan admits Klee does not overstep Church teaching, but rather, causes division by presenting such teachings so clearly that it causes offense.

"Father Klee has shown a pattern of making communications to a broad audience on a variety of contemporary issues which are frankly divisive," claimed Brennan. "While these communications seemingly present Catholic moral teaching, they are often offensive and disrespectful to the human dignity of persons."

"Father Klee has been repeatedly warned about making these divisive communications and ordered to cease doing so," the bishop wrote.

In a run-up to the 2016 presidential race, Klee made it known that he preferred to have Donald Trump running the country instead of Hillary Clinton.

"The Church and her leaders should assist the formation of the faithful's consciences so as to ultimately help them make morally-sound decisions in voting," wrote Klee.

He took exception to Clinton's "savage disregard for human life, marriage and any life issues." He also called her out for "extolling socialism," which he said, "always leads to hardened atheism."

The zealous priest also weighed in on the impact that Olympian Bruce Jenner, who supposedly transitioned into a woman, had on current culture.

"Sadly, a large segment of our culture celebrates that which shouldn't be celebrated," commented Klee.

A Priest Under Wraps

In the past, Klee had been kept out of the limelight by being assigned to minister to nuns and to work in prison chaplaincy. Various priests have confirmed to Church Militant that such assignments are given by bishops who want to sideline outspoken priests.

Please pray that they (Church leaders) be freed from a subtle resignation to despair.

Klee did offer comments following his removal from active duty but did not want to "disclose details" on his current situation. He did, however, ask for prayers concerning two specific intentions. The first concerned Church leaders:

[Please pray] for a tremendous outpouring of graces upon the spiritual leadership of the Church, specifically upon bishops and priests, that they be empowered with the cardinal virtue of fortitude — that they implore the intercession of the martyrs, lest they go from being potential victims of satan's attacks to being actual instigators and accomplices like the Pharisees in Our Lord's day. Please pray that they be freed from a subtle resignation to despair — specifically of falling into discouragement by believing the authentic gospel of Christ and the teachings of the Catholic faith are not the answer, but atheistic socialism is.

The second prayer intention was for young men and women struggling with same-sex attraction:

[Please also pray] for men and women— and, increasingly, boys and girls as well — deluded by the false promises of the homosexualist agenda, and especially those in the active homosexual lifestyle, that they be given the grace to break free from the devil's grasp. We pray they acquire the theological virtue of hope, becoming inspired to believe they can be freed from the sinful enslavement the practice of sodomy entails. We pray that many come to understand that the sacraments of the Eucharist and confession are indispensable for receiving the necessary graces to resist grave sin.

Klee's relationship with the diocese may even grow worse, according to his bishop.

"Further steps are being considered at this time," Brennan warned. 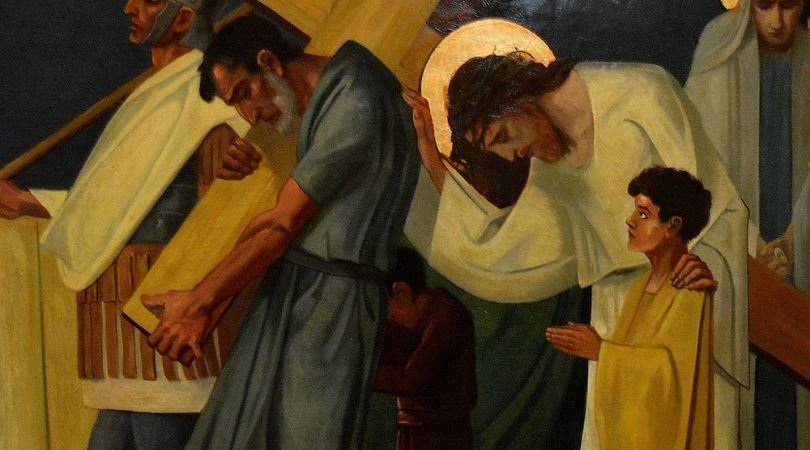