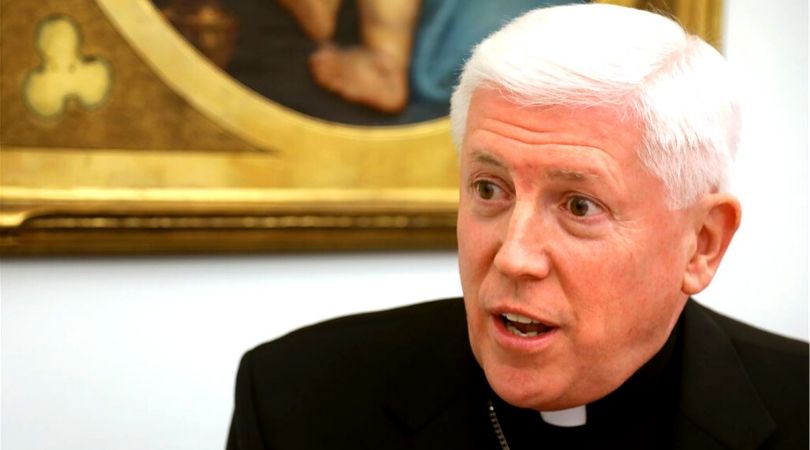 The AUSCP is a font of confusion, scandal and error

NOTE: At the end of this article, we are asking our readers to contact their own bishop to ask them to publicly condemn the AUSCP, forbidding their priests from membership, support or participation in its events.

Last month, a major story went largely unnoticed due to extreme media attention on the coronavirus and related matters. On May 26, Toledo bishop Daniel Thomas issued an official notification reaffirming the excommunication of Beverly Bingle for her attempted ordination and simulation of the sacraments. As part of this official notification, Bp. Thomas noted that Bingle served as an official representative of the Association of United States Catholic Priests (AUSCP) even after her attempted ordination in 2013, warning that any association with the AUSCP "may be a source of grave concern due to the confusion and scandal they have caused."

Bishop Thomas' letter reaffirming Bingle's excommunication follows a 2013 letter from his predecessor, Bp. Leonard Blair, who announced that "Ms. Bingle has already incurred excommunication from the Catholic Church" for "having attempted ordination to the diaconate on Sept. 13, 2012." The AUSCP has long been a champion of women's ordination to the diaconate, and last year, formally endorsed women's ordination to the priesthood. Bishop Blair's announcement reiterated that excommunicants are to be excluded from the exercise of any "ecclesiastical office, ministry or function":

A person who is excommunicated is excluded from any share in the Eucharist or other acts of public worship, and from receiving any of the seven sacraments or sacramentals. They are likewise excluded from the exercise of any ecclesiastical office, ministry or function. The imposition of this severe penalty is deemed necessary in order to protect the nature and validity of the sacrament of Holy Orders. It is important to recognize, however, that excommunication is meant to be "medicinal," that is, it is meant to make an offender realize the gravity of his or her actions and seek to repent of his or her sin in order to be restored to full communion with the Church.

Ignoring this notification, from as early as September 2014 to as recently as August 2019, Bingle has represented AUSCP, which claims that its members "are priests in good standing in dioceses and religious communities." In 2014 Bingle assisted in setting up a "climate march" in Toledo and was listed as an official "AUSCP coordinator" in e-mails obtained by the Lepanto Institute. Bingle's contact e-mail for this event was identified as auscp.toledo@gmail.com, corroborating her official role in the organization.

At 1:17 p.m. that same day, a subsequent e-mail in the same chain linked Bingle with the e-mail address "auscp.toledo."

On Sept. 17, Bev Bingle is identified as having participated in an AUSCP subcommittee meeting for the climate march in Toledo.

On Sept. 19, Tom McDonald identified Bingle as his partner "in AUSCP."

And to prove that Bingle was, indeed, using "auscp.toledo" to coordinate and make arrangements on behalf of the AUSCP, on Sept. 21, Bev Bingle was identified as the AUSCP representative who had previously sent out lodging details pertaining to the climate event.

The previous day, an e-mail from "auscp.toledo" went to the event participants, stating, "Here are the things that the Toledo chapter of the Association of U.S. Catholic Priests (AUSCP) has planned" — with all the additional details indicated in the subsequent e-mail.

It's worth noting here that, during her time as an AUSCP representative between the years 2014–2019, Bingle gave a "homily" in 2015 in which she referred to the Church's condemnation of contraception in the encyclical Humanae Vitae as "the crazy birth-control encyclical" and as an example of "bad shepherding."

In the May 26 letter from Bp. Thomas regarding Bingle's excommunication, he noted that Bingle was still acting as an official representative of AUSCP in Toledo as late as 2019, saying that "this action" is "a cause of great concern and a source of confusion and scandal to the faithful." He wrote:

More recently, on Aug. 20, 2019, Ms. Bingle formally represented the Association of U.S. Catholic Priests, Toledo chapter, as the "authorized agent" on an "Application for Permit to Use Lucas County Government Buildings and Grounds" for an event on Sept. 20, 2019 for which the Association of U.S. Catholic Priests' social justice subcommittee was the principal organizer and sponsor. This action, along with her continual simulation of the sacraments at the "Holy Spirit Catholic Community" in Toledo, Ohio, are a cause of great concern and a source of confusion and scandal to the faithful in the diocese of Toledo.

On the second page of the letter, Bp. Thomas issued a stern warning against any association with the AUSCP, identifying such association as a "source of grave concern due to the confusion and scandal they [AUSCP] have caused." He wrote:

In light of the above, it is also my responsibility as your bishop to warn all of the clergy, consecrated religious and lay faithful in the diocese of Toledo that, since Ms. Beverly Bingle has served as a representative of the "Holy Spirit Catholic Community" and the Association of U.S. Catholic Priests, any affiliation with those groups may be a source of grave concern due to the confusion and scandal they have caused.

(The full letter by Bp. Thomas is available at the end of the article.)

It is important to note here that the AUSCP headquarters is in Tiffin, Ohio, which is within the diocese of Toledo, giving Bp. Thomas greater authority over the organization than other bishops. His warning about the AUSCP also serves as a warning to bishops, priests, religious and the lay faithful in all other dioceses.

This stands in contrast to the episcopal participation of Abp. John Wester (local ordinary of the archdiocese of Santa Fe, New Mexico) in the AUSCP's 2020 Annual Assembly. On Wednesday, June 24, at 1 p.m. ET, Abp. Wester will be delivering his keynote address titled, "Priest, Pulpit and Politics: Proclaiming the Gospel in Today's Society." In addition to Abp. Wester, several U.S. bishops have been supportive of the AUSCP. Last year, Cdl. Blase Cupich gave the AUSCP's keynote address and Abp. Robert Carlson of St. Louis, Missouri, celebrated the AUSCP's Mass. Currently, Abp. John Wester serves as the AUSCP's episcopal moderator to the United States Conference of Catholic Bishops. Bishop John Stowe is an active member, and Abp. Wilton Gregory, Bp. Gregory Hartmayer and Bp. Robert McElroy have all participated in AUSCP events.

Given the AUSCP's representation by a known and publicly acknowledged excommunicant and Bishop Thomas' stern warning against association with the AUSCP due to the "confusion and scandal" it causes, we are asking our readers to contact their own bishops to ask them to publicly condemn the AUSCP, forbidding their priests from membership, support or participation in its events.

Bp. Thomas' letter regarding Beverly Bingle's excommunication and warning about the AUSCP is produced below. 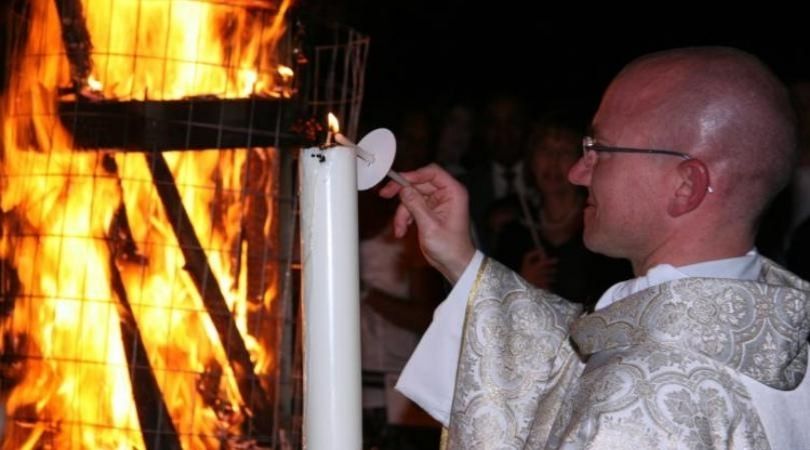