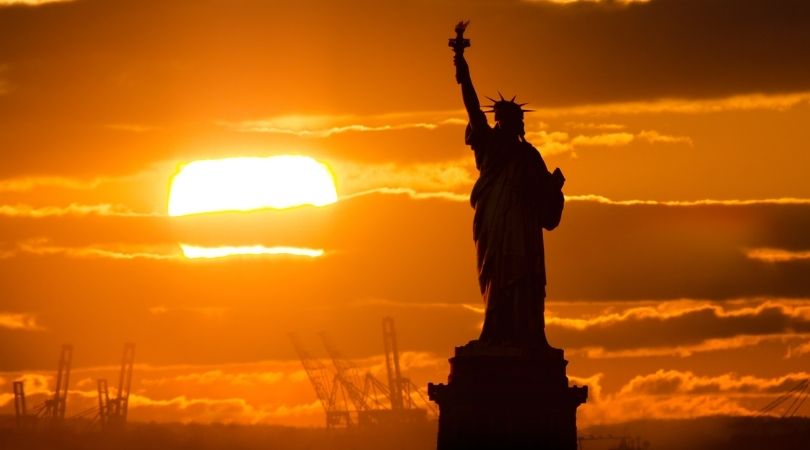 Undermining the sovereignty of the US republic

AUSTIN, Texas (ChurchMilitant.com) - When it comes to illegal immigration, it's a war between the state of Texas and the federal government — with bishops going to bat for the feds.

Texas governor Greg Abbott has declared that the Lone Star State is facing difficulty in accommodating the thousands of illegal immigrants crossing the U.S.-Mexico border. He announced on Jan. 10 that the state government would not participate in the federal government's program to receive illegal immigrants as refugees.

In a statement, the 16 Roman Catholic bishops of Texas said that they found Abbott's decision "deeply discouraging and disheartening," thus joining other religious communities and political pressure groups.

"While the Texas Catholic Conference of Bishops respects the governor, this decision is simply misguided," read the statement, which continued: "It denies people who are fleeing persecution, including religious persecution, from being able to bring their gifts and talents to our state and contribute to the general common good of all Texans."

"As Catholics, an essential aspect of our Faith is to welcome the stranger and care for the alien," the statement said. Abbott is a practicing Roman Catholic.

In a Jan. 10 letter to U.S. Secretary of State Mike Pompeo, Abbott claimed that Texas has received more refugees than any other state since 2010. In addition, Abbott wrote, thousands more migrants have crossed into the state from Mexico. In the Jan. 10 letter, Abbott told Pompeo:

In addition to accepting refugees all these years, Texas has been left by Congress to deal with disproportionate migration issues resulting from a broken federal immigration system. In May 2019, for example, around 100,000 migrants were apprehended crossing this state's southern border. In June 2019, individuals from 52 different countries were apprehended here. ... The apprehensions included citizens from disparate countries like China, Iran, Kenya, Russia and Tonga. Texas continues to have to deal with the consequences of an immigration system that Congress has failed to fix.

An earlier presidential executive order gave the states authority to decide whether to cooperate with the federal refugee resettlement program.

The state and nonprofit organizations have a responsibility to dedicate available resources to those who are already here, including refugees, migrants and the homeless — indeed, all Texans," Abbott wrote. Finally, after noting that his decision does not actually forbid applications for refugee status, he wrote that "Texas has carried more than its share in assisting the refugee resettlement process and appreciates that other states are available to help with these efforts."

In September 2019, President Donald Trump issued Executive Order 13888, which noted that it is the policy of the federal government "to cooperate and consult with state and local governments, to take into account the preferences of state governments and to provide a pathway for refugees to become self-sufficient." The order mandates that federal and state policies are cooperative, thus ensuring that "refugees are resettled in communities that are eager and equipped to support their successful integration into American society and the labor force."

Roman Catholic archbishop Gustavo García-Siller of San Antonio was among those prelates who signed off on a denunciation of the Texas governor. According to the San Antonio Express, he tweeted: "People are suffering, hoping the U.S. is a safe place to live and to breathe," adding, "We oppose Abbott's position. Let's have hope. We are ready to help those in need." García-Siller has made his views about President Trump quite clear. In 2019, he tweeted that Trump should "stop racism, starting with yourself" and accused him of destroying lives. He added: "Stop, stop, stop. Please, please, please," but later deleted the tweet.

Bishop Daniel Flores of Brownsville tweeted: "The Governor's decision not to allow the federal refugee resettlement program to operate in Texas affects refugees vetted by the current administration. They flee violence and persecution and seek a chance to live, work and contribute in peace. The governor should reconsider."

Importantly, the decision by Texas will not prevent any refugee from coming to America.

Framing the current world environment as a crisis of faith, Gomez said: "Right now in the West, nations, corporations, international agencies, and other actors are trying to build a global economic and political order that does not need to rely on beliefs about God or traditional religious values and principles."

While acknowledging that Church teaching recognizes "national identity and national security," he said that immigrants are due compassion regardless of whether or not they are eligible for asylum. Reaffirming that immigrants are "made in the image of God," the archbishop said each has "rights and dignity." He said: "But there is no question what God expects from each of us, as followers of Jesus Christ. What do we owe to migrants and refugees? We owe them our love." Both Gomez and García-Siller are naturalized U.S. citizens born in Mexico.

In the wake of criticism, Gov. Abbott's spokesman John Wittman defended his boss, saying that refugees may continue to enter the state but without the services that are provided by resettlement agencies.

"No one seeking refugee status in the United States will be denied that status because of the Texas decision," the statement said. "Importantly, the decision by Texas will not prevent any refugee from coming to America. Equally important, the Texas decision doesn't stop refugees from moving to Texas after initially settling in another state."

Reports coming out of Central America indicate that thousands of migrants from Honduras and El Salvador are illegally entering neighboring Guatemala with the intention of reaching the United States.  On Jan. 18, local media reported that "thousands" of illegal immigrants from Honduras confronted Guatemalan military and police units who tried to dislodge them from an important road leading from Honduras at the town of Chiquimula. When negotiations failed as traffic was entirely blocked, young men in the caravan threw rocks at police and military attempting to push the migrants aside. There are reports that at least one officer and two civilians were injured and required medical care. Guatemalan security forces did not use deadly force but resorted to tear gas to control the migrants.

Guatemala's foreign minister, Pedro Brolo, chastised the Honduran government for failing to abide by agreements made with El Salvador, Guatemala and Mexico when it allowed the caravan to "breach national sovereignty." His statement noted that at least 20 Honduran migrants have tested positive for the COVID-19 virus. The Trump administration has pressured the governments of Mexico and Central America to control the influx of migrants, having signed Asylum Cooperative Agreements with their governments.

Signaling his intentions for immigration reforms, President Joseph Biden has vowed that on the first day of his administration, he will offer an amnesty plan to thousands of illegal immigrants now residing in the United States. He also vowed to admit thousands more refugees than the Trump administration. Senator Robert Menendez (D-N.J.), who will chair the Senate Foreign Relations Committee, released a statement denouncing the diplomatic agreements reached by the Trump administration with Mexico and Central American countries to return some asylum seekers to their home country. Both Biden and Menendez are Roman Catholics.

In an interview with CNN, a migrant identified as Honduran said he was fleeing unemployment and the aftermath of the two hurricanes that struck his country in late 2020. He told the interviewer that the "new president Biden is going to help all of us. He has given us 100 days to get to the United States and give [sic] us a legal paper so we can get a better life for our kids and family."

According to USAspending.gov, an official federal government website, the total awarded amount of federal funding to the United States Conference of Catholic Bishops (USCCB) and Catholic Charities for refugee assistance amounted to more than $50 million between 2008 and 2021. However, according to a 2015 study by the Capital Research Center, the federal government had awarded — from 2008 to 2015 — as much as $2 billion in funding for resettling immigrants in total as one of several nonprofits that included the Hebrew Immigrant Aid Society, Lutheran Immigrant and Refugee Services, and the International Rescue Committee. 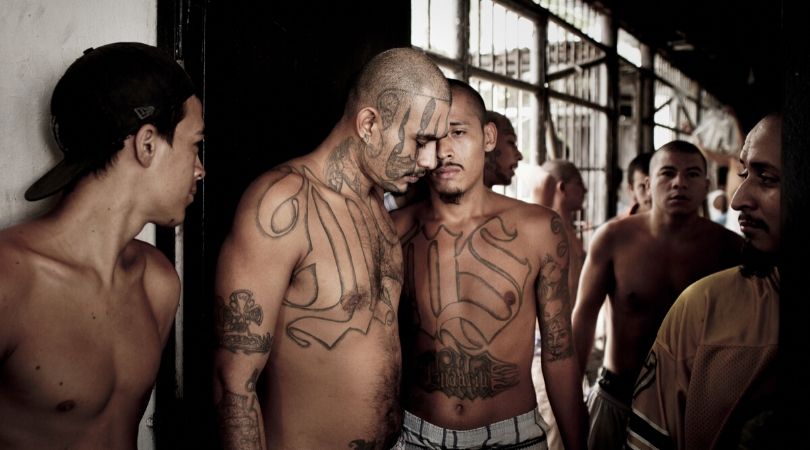 Episcopal Hypocrisy on Both Sides of the Atlantic
By William Mahoney, Ph.D.   •   0