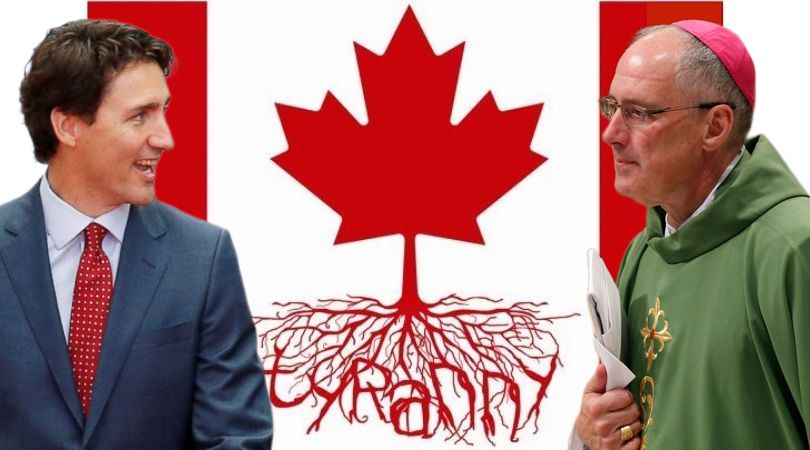 "I don't know who wrote Mgr. Viganò's latest script, but I just want to make it clear that, as a Canadian archbishop who is close to the scene, I disagree strongly with his fabricated premise, his poor analysis and his mistaken conclusions," Durocher tweeted.

A day before blasting Viganò, the Gatineau prelate endorsed an article by left-wing journalist Christopher Curtis claiming that the protesting truckers were a "hodgepodge of New Age healers and right-wing militants."

Church Militant asked Durocher, a member of the Pontifical Council for Culture, why he failed to account for the religious and ethnic diversity of the truckers. There are a significant number of Sikhs, Muslims and Jews among the truckers, as well as Indians, Pakistanis, Latinos, Arabs, Chinese, blacks, Eastern Europeans and indigenous peoples.

The reality is that the bishops have been conditioned to be followers and not leaders.

Sikhs, according to their religious custom, have been organizing free meals (langar) during the truckers' convoys. Canadian police have arrested Sikhs for giving free food to truckers.

While the archbishop of Gatineau did not reply, Abp. Viganò told Church Militant Durocher needed to address specifics in his allegation.

Viganò, who earlier in February sent a message of solidarity to the truckers, elaborated:

When an archbishop publicly refutes a confrere, justice and charity impose that he does so to defend the truth. I therefore ask Mgr. Durocher: In what is my premise "fabricated?" In what is my analysis "poor?" Why are my conclusions "mistaken?" Of course, these questions will remain unanswered because it is clear that the archbishop of Gatineau does not care about objective truth or the salvation of souls.

His statement rather reveals the submission of the "deep Church" to the mainstream narrative and its scandalous enslavement to the dictatorial regime, which under the pretext of the pandemic is being established in all countries where political leaders submit to the globalist agenda.

Durocher, an alumnus of the Jesuit-run Pontifical Gregorian University, was president of the Canadian Conference of Catholic Bishops from 2013 to 2015.

We are deeply concerned that you do not appreciate the significance of God's wrath upon a rebellious and lawless nation.

Meanwhile, in an open letter published Wednesday, Canada's leading evangelical pastors and scholars warned that Trudeau's "tyrannical actions are exposing this government and people to the judgment of God."

"We are deeply concerned that you do not appreciate the significance of God's wrath upon a rebellious and lawless nation," 28 pastors wrote, urging the Catholic prime minister "to repent of the sins of pride, rebellion against God and bearing false witness."

The lead signatory is the Rev. Dr. Joe Boot, philosopher and founder-president of the Ezra Institute for Contemporary Christianity.

Whilst we respect your office as a public servant and honor the limited role of civil authority as a ministry of public justice, we do not hesitate to fulfill our responsibility as servants of the living God by unapologetically reminding you that Jesus Christ is Lord and King and the ruler of the kings of the earth.

Citing Psalm 2:10-12 — which is engraved on the Peace Tower in Ottawa and written into the national coat of arms — the preachers reminded Trudeau that God "sets up kings and pulls down the mighty from their thrones."

Underscoring how the prime minister turned dictator in response to the protestors' "singing, praying, dancing, candy floss, bouncy castles, speeches about the constitution and outpourings of patriotic love for the country," the letter added:

Mr. Trudeau, with great respect, you are neither the king nor the ruler of Canada. Both you and your colleagues are public servants sent for a short time to Parliament at our behest as citizens to govern under God in terms of the Canadian Charter and to seek a harmony of public legal interest. You do not grant people rights and responsibilities that are theirs as God's image-bearers and a free people. Since you do not grant them, you have no authority to remove them.

Evangelical pastors like Polish-born Artur Pawlowski have faced repeated arrests and incarceration for insisting on the right to freedom of worship.

Canada's Catholic bishops, however, have closed churches and vaccine mandates as a precondition for attending Holy Mass.

In September, Moncton archbishop Valéry Vienneau, who fired a priest for denouncing sodomy, cohabitation and abortion, became the world's first prelate to ban the unvaxxed from attending Holy Mass and receiving the sacraments, Church Militant reported.

"As society is being divided between the 'vaccinated' and 'unvaccinated,' it is shocking to see some leaders of my own Catholic Church encouraging this new medical apartheid," protest leader Ken Fraser said in a speech at the demonstration.

A lone Catholic priest to speak out is Fr. Anthony Hannon, who has accompanied the truckers in their fight for human rights and is rebuking "so many bishops [who] are going along with the narrative" and "continuing to support the original narrative and the ongoing unjust government orders."

"The reality is that the bishops have been conditioned to be followers and not leaders. They simply don't have what it takes to meet our expectations. Don't wait for them to stand up for your rights and freedoms," Hannon, a priest of the archdiocese of Ottawa-Cornwall, urged.

This is a fascist polity based on the arbitrary seizure of power, party solidarity and violent police measures.

The faithful priest asks bishops if one or both of their parents had a drinking problem when they were children.

"The reason I ask is because you are displaying behavior that is classic for someone who has grown up in such an environment. It is self-destructive behavior and it is hurting people around you," he lamented.

On Sunday, the Toronto Catholic Witness blog blasted the bishops for "continuing to be missing in action" after three weeks of the truckers' protests.

"Rather than shamefully hide, they could have immediately announced that they will be sending a delegation to Ottawa to mediate between the truckers and the [prime minister of Ontario]," the blog noted, adding that "diabolically inspired bishops of Quebec are — as of this writing — banning Catholics from Mass and the sacraments!"

"This unbelievable cowardice from Canadian bishops as an RCIA student is having me about to bubble over in rage," a supporter of the truckers' convoy tweeted. "You cowards didn't even challenge the worst crimes of the government as they burned your churches to the ground."

The Canadian Bishops' Conference website claims it "promotes justice and peace through its Episcopal Commission for Justice and Peace" but has so far not issued a single statement on the human rights crisis engulfing Canada.

The latest communique from the bishops, from Jan. 28, announces the establishment of an Indigenous Reconciliation Fund which will accept contributions from 73 dioceses across Canada to fulfill the $30 million financial commitment made by Canada's bishops.

Mr. Trudeau, with great respect, you are neither the king nor the ruler of Canada.

Canadian Jesuits, who boast of "promoting justice and reconciliation with others and with the environment," "walking with the excluded" and supporting those "whose dignity has been violated, in a mission of reconciliation and justice," remain mum on Trudeau's tyranny.

On Friday, leading Israeli doctors — including second- or third-generation Holocaust survivors — condemned Trudeau for his "attempt to stigmatize the Freedom Convoy 2022 protestors as Nazi ideology supporters."

Summing up the situation, Jewish-Canadian poet and columnist David Solway explained how "the convoy event was Justin Trudeau's Reichstag moment," and Canadians are now living "in what Ernst Fraenkel — in his The Dual State: A Contribution to the Theory of Dictatorship, a study of the totalitarian nature of Nazi Germany — called the 'prerogative state.'"

"This is a fascist polity based on the arbitrary seizure of power, party solidarity and violent police measures that at the same time maintain the fiction of the 'normative state,' that is, the fable of legitimate, administrative and juridical government," Solway wrote. "The 'prerogative state' disguised as a 'normative state' is our current home." 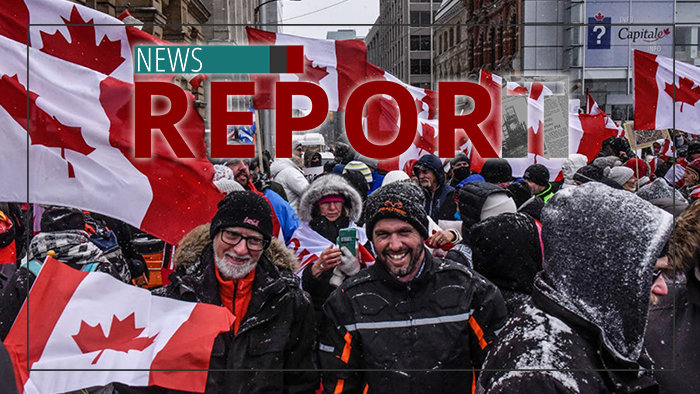 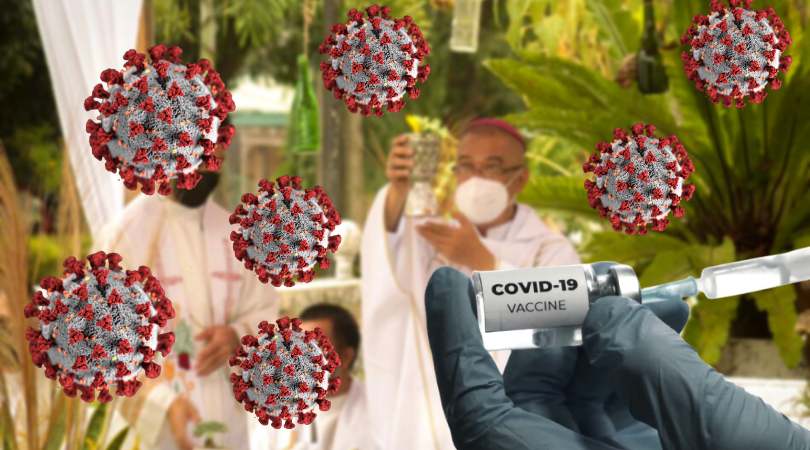