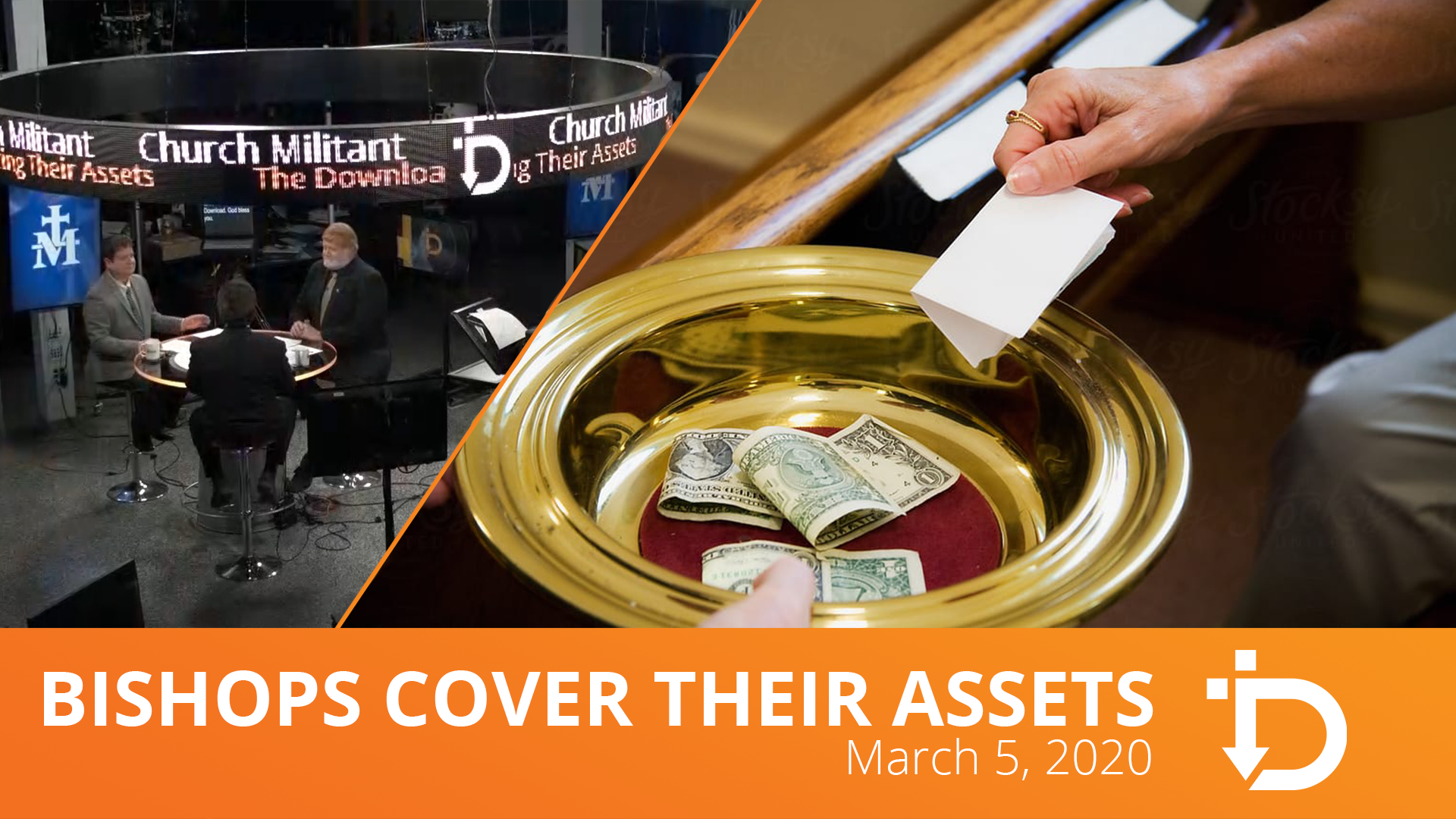 DETROIT (ChurchMilitant.com) - Many Catholic dioceses in the United States have been aggressively shifting and reclassifying assets for years in anticipation of seeking bankruptcy protection, thus sheltering millions of dollars from foreseen lawsuits by abuse victims.

In the past 15 years, the U.S. Catholic Church has placed $2 billion out of reach of alleged victims, according to a Bloomberg Businessweek review of court filings by lawyers for churches and victims. Bloomberg goes on to detail the history of how clerical sex abuse has brought more than 20 dioceses to file for bankruptcy protection.

Silence about sexual abuse reigned in the U.S. Catholic Church from the 1950s through the 1970s. During this time period, Church leaders covered for sexual predator priests. During the same period, church officials used intimidation to silence any laity who dared accuse clerics of wrongdoing.

Silence was still a key feature through the 1980s and 1990s, even though lawsuits by alleged victims were being filed against various dioceses much more frequently. These cases were almost always settled out of court. To obtain the settlement, victims had to sign nondisclosure agreements stating they couldn't reveal details of the lawsuit or settlement.

By the time the Boston Globe broke open America's festering clerical sex abuse crisis in 2002, the U.S. Catholic Church had already paid some $750 million to abuse victims, according to the Catholic watchdog site BishopAccountability.org as cited by Bloomberg. This resulted from the fact that from 1950 to 2002 there had been 4,392 priests accused of sex abuse, according to the famous John Jay Report.

Following the reporting of the sex abuse crisis by Boston Globe in 2002, public awareness increased to public outrage.

Following the reporting of the sex abuse crisis by Boston Globe in 2002, public awareness increased to public outrage. The U.S. bishops in response drafted the Dallas Charter for the Protection of Minors in 2002.

But Cdl. Theodore McCarrick, now defrocked for a life of sex abuse, had engineered the charter to exempt bishops from accountability and to not protect vulnerable adults such as young priests or seminarians from future sex abuse. Many victims of past sexual abuse were still being stonewalled by Catholic leaders with the bishops saying everything was under control and abuse was a thing of the past.

Following the public outcry in the wake of the 2002 revelations of clerical sex abuse of minors, lay victims filed more lawsuits and more states considered dropping the statute of limitations for time-barred cases of sex abuse. This caused many dioceses to start aggressively shifting or reclassifying assets in order to put them out of reach of abuse victims.

The diocese of Buffalo was one such diocese. A report by The Buffalo News shows the diocese started shifting assets shortly after lawmakers began attempts in 2005 at lowering the state's statute of limitations for cases of clerical sex abuse.

A bill seeking to open a window for sex abuse victims — similar to the Child Victims Act (CVA), which was signed into law in February 2019 — was first introduced by New York lawmakers in 2005. The following year, Buffalo began shifting $91 million from its pooled investment program to various accounts under the care of parishes, schools, cemeteries and other Catholic entities.

The diocese started shifting assets shortly after lawmakers began attempts ... at lowering the state's statute of limitations for cases of clerical sex abuse.

Sex abuse was being publicly billed as a thing of the past by bishops from 2002 until 2018. In 2018, however, the Pennsylvania Grand Jury Report was published showing some 1,000 abuse victims had been abused by roughly 300 predator priests. This, coupled with the scandal that year owing to the disgraced Theodore McCarrick, caused states to start dropping their statute of limitations on time-barred cases of clerical sex abuse.

This started the sequence of dioceses offering reconciliation programs that pay victims not to sue them. These same dioceses, in turn, started filing for bankruptcy protection with their assets already sheltered.

Since the diocese of Portland, Oregon filed bankruptcy in 2004, more than 20 dioceses have done likewise.

Learn how bishops are hiding funds from abuse victims: Watch The Download—Bishops Covering Their Assets.