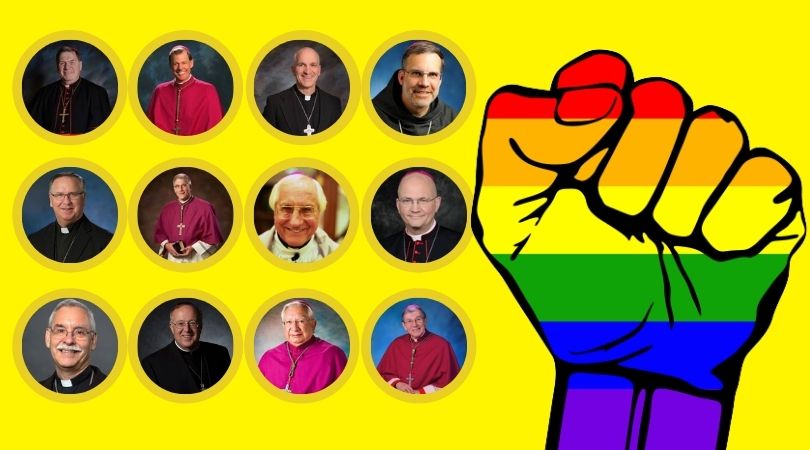 A growing number of religious leaders are confusing the faithful with the spiritually dangerous message that homosexual acts are not sinful.

Several U.S. prelates issued a statement at the end of January signaling to young people that God seemingly approves of homosexuality. Their statement titled "God Is on Your Side" confirmed their alliance with "at-risk LGBT youth in our country" and was posted on the secular Tyler Clementi Foundation (TCF) website. The bishops singled out so-called LGBT people, saying the Catechism of the Catholic Church teaches they're to be treated with "respect, compassion and sensitivity," which apply to all.

The Ursuline Sisters of Lexington, Kentucky joined the bishops by signing on a week later.

"LGBT youth are children of God, created by God and loved by God. We stand in solidarity with them," said the sisters.

While the upside of the bishops' statement is that it speaks to respect, compassion and sensitivity, the dangerous downside is that the founder of TCF "speaks passionately about the need to divorce the concept of 'sin' from homosexuality" as the antidote to violence against gays.

It just underscores that the new 'orthodoxy' is heterodoxy.

George Neumayr, author of The Biden Deception: Moderate, Opportunist, or the Democrats' Crypto-Socialist? sees peril in the bishops' statement. Neumayr told Church Militant that it is "an obvious attempt to hollow out Church teaching."

He further explained how the "formulation [of the bishops' statement] is telling" in that it "places God on their side even as they subvert His moral law. All of this scandalous rhetoric is designed to dilute Church teaching and confuse the faithful. It is nothing more than propaganda to push the toxic lie that loving the sinner requires loving his sin."

The bishops' promotion of a homosexual lifestyle is buttressed by news that Pope Francis himself will be delivering the opening address at the Los Angeles Religious Education Congress (LA REC), a forum that has long promoted a pro-LGBT agenda.

Father James Martin, a Jesuit who has gained celebrity status by pushing LGBT ideology for many years, is also scheduled to speak at the congress (as he has for many years prior). Martin recently earned the ire of faithful Catholics in Poland — and elsewhere — for lauding a blasphemous image of the nation's revered icon of the Black Madonna of Częstochowa.

In 2020, gay iconographer William Hart McNichols, a former-Jesuit priest, displayed his artwork in the arena lobby of the conference site. In one of McNichols' drawings called "AIDS Crucifixion," Jesus hangs on a cross underneath a sign that reads "AIDS, homosexual, faggot, pervert, sodomite."

Many Catholics are concerned about the pope's participation in LA REC, including Neumayr, who called the annual event "heterodox" and "demoralizing."

"It is fitting that a subversive pope would speak at a subversive conference," he said. "It just underscores that the new 'orthodoxy' is heterodoxy. He rarely misses a chance to embolden dissenters and demoralize the traditional."

Church Militant has reported on the ambiguity of the bishops' statement, noting that while the bishops' focus on love and mercy in their statement is laudable, it "nevertheless keeps silent on God's universal call to chastity and the immorality of homosexual behavior and gender ideology."

The Catechism of the Catholic Church teaches:

Basing itself on Sacred Scripture, which presents homosexual acts as acts of grave depravity, tradition has always declared that "homosexual acts are intrinsically disordered." They are contrary to the natural law. They close the sexual act to the gift of life. They do not proceed from a genuine affective and sexual complementarity. Under no circumstances can they be approved. (CCC, § 2357)

A priest who wishes to remain anonymous this week echoed Neumayr's sentiments regarding both the bishops' statement and the pope's participation in LA REC.

In the 11th century, St. Peter Damian, a Benedictine priest who sought to reform the Church, posed this question to the actively gay prelates of his time: "Why, I ask, O damnable sodomites, do you seek after the height of ecclesiastical dignity with such burning ambition? Why do you seek with such longing to snare the people of God in the web of your perdition?" 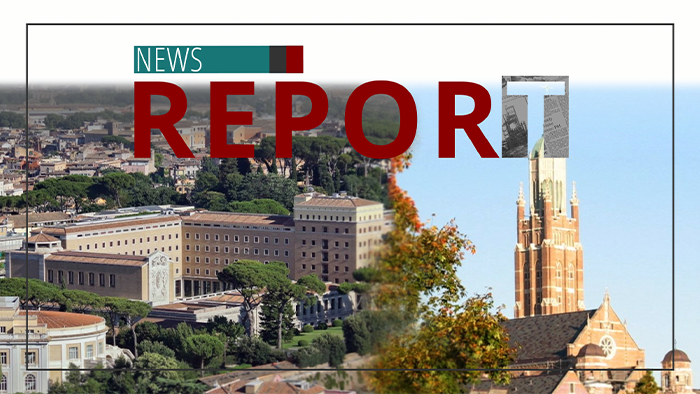