UPDATE, 1/6/2017: In addition to the signatures of Abp. Carlo Maria Vigano, former papal nuncio to the United States, and Abp. Luigi Negri of the archdiocese of Ferrara-Comacchio, as of January 6, the following have also added their names: Cdl. Janis Pujats of Riga, Latvia and Bp. Andreas Laun, former Auxiliary Bishop of Salzburg.

After the publication of the Apostolic Exhortation Amoris laetitiae (2016), various bishops have issued, at the local, regional and national levels, norms of application to the sacramental discipline of the faithful, so-called "divorced-remarried" who, although the spouse to whom they are united by a valid bond of sacramental marriage is still alive, have begun cohabiting in the manner of spouses with a person other than their legitimate spouse.

These standards provide that, in individual cases, divorced-remarried persons may receive the sacrament of Penance and Holy Communion, although they continue to live habitually and intentionally in the manner of spouses with another person than their lawful spouse. Such pastoral norms have been approved by several hierarchical authorities. Some of these norms have even received the approval of the supreme authority of the Church.

The spread of such ecclesiastically approved pastoral norms has caused significant and ever greater confusion among both the faithful and the clergy, confusion that touches the heart of the life of the Church by manifestations like sacramental marriage, family, the domestic church and the sacrament of the Most Holy Eucharist.

According to the doctrine of the Church, a domestic church is made only by the sacramental marriage bond alone (see Vatican Council II, Lumen Gentium 11). The admission of the so-called "divorced-remarried" faithful to Holy Communion, which is the highest expression of the unity of Christ-Bridegroom with His Church, signifies in practice the approval or legitimation of divorce. In this sense, it introduces in a way divorce in the life of the Church.

The admission of the so-called "divorced-remarried" faithful to Holy Communion signifies in practice the approval or legitimation of divorce.

The pastoral norms evoked contribute — in fact and in time — to the dissemination of the "epidemic of divorce," an expression used by the Second Vatican Council (see Gaudium et Spes 47). This spread of the "epidemic of divorce" comes in the very life of the Church, even though the Church, by Her unconditional fidelity to the doctrine of Christ, should be a bulwark and an incomparable sign of contradiction against the plague of ever more widespread divorce in civil society.

In an absolutely univocal way and without admitting any exception, Our Lord and Redeemer Jesus Christ solemnly reconfirmed God's will for the absolute prohibition of divorce. An approval or legitimation of the violation of the sacredness of the marriage bond, even indirectly by the new sacramental discipline evoked, seriously contradicts the express will of God and His command. Such a practice thus substantially alters the Church's 2,000-year-old sacramental discipline, which will also, over time, lead to an alteration of the corresponding doctrine.

The constant Magisterium of the Church, beginning with the teachings of the Apostles and of all the Sovereign Pontiffs, has preserved and faithfully transmitted the crystalline teaching of Christ on the indissolubility of marriage: both the doctrine (in theory) and the sacramental discipline (in practice). She did so unequivocally, without a shadow of doubt and always in the same sense and meaning (eodem sensu eademque sententia).

Because established by God, the discipline of the sacraments must never contradict the revealed word of God or the Faith of the Church in the absolute indissolubility of marriage ratified and consummated. 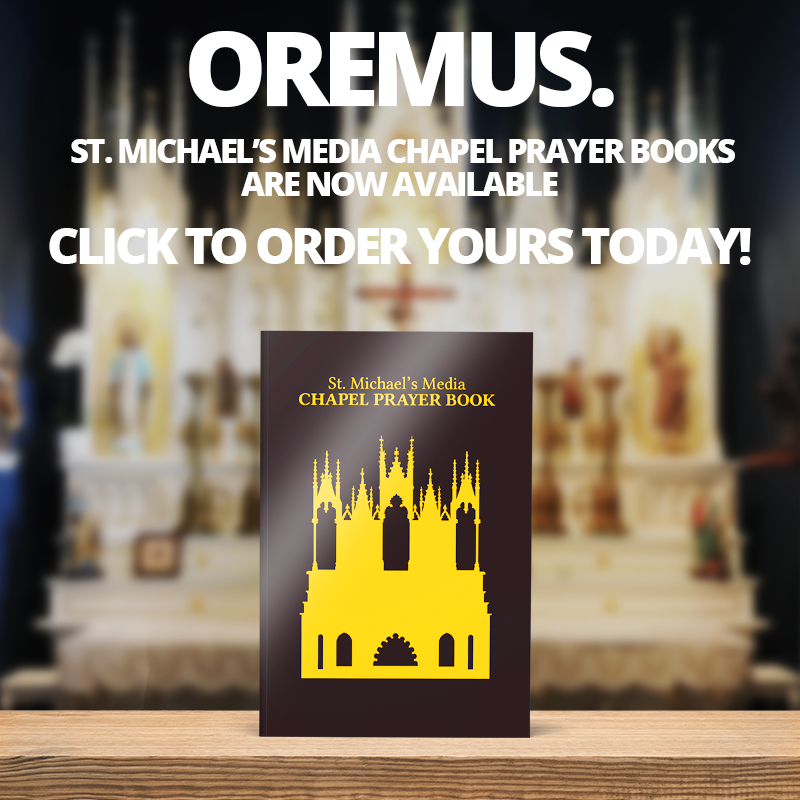 "Not only do the sacraments presuppose faith, but also, through words and things, they nourish it, they fortify it, they express it; that is why they are called sacraments of faith" (Vatican II, Sacrosanctum Concilium, 59). "Even the supreme authority in the Church cannot change the liturgy at will, but only in the obedience of faith and in the religious respect of the mystery of the liturgy" (Catechism of the Catholic Church, 1125). The Catholic faith, by its nature, excludes a formal contradiction between professed faith on the one hand and the life and practice of the sacraments on the other. It is in this sense that we can understand the following statement of the Magisterium: "This divorce between the faith they claim and the daily behavior of many is one of the most serious mistakes of our time" (Vatican II, Gaudium et spes, 43) and "the concrete pedagogy of the Church must always be linked to its doctrine and never separated from it" (John Paul II, Apostolic Exhortation Familiaris Consortio, 33).

In view of the vital importance of both doctrine and the discipline of marriage and the Eucharist, the Church is obliged to speak with one voice. The pastoral norms on the indissolubility of marriage must not be contradicted from one diocese to another, from one country to another. Since apostolic times, the Church has observed this principle, as St. Irenaeus of Lyons testifies: "In fact, the Church, although scattered throughout the whole world to the ends of the earth, having received apostles and their followers faith ... keeps it with care, as dwelling only one house, it believes in an identical way, as having only one soul and one heart, and she preaches, teaches them and transmits them unanimously, as having only one mouth" (Adversus haereses I, 10, 2). Saint Thomas Aquinas gives us the same perennial principle of the life of the Church: "There is only one and the same faith from the Ancients to the Moderns, otherwise it would not be the same and unique Church" (Questiones Disputatae de Veritate, 14, 12c).

The admonition of Pope John Paul II remains valid and valid: "The confusion created in the conscience of many faithful by differences of opinion and teaching in theology, in preaching, in catechesis, in the spiritual direction on the subject of serious and delicate questions of Christian morality, ends up diminishing, almost to the point of erasing it, the true meaning of sin"(Apostolic Exhortation Reconciliatio and Paenitenia, 18).

The meaning of the following affirmations of the Magisterium of the Church fully apply to the doctrine and the sacramental discipline on the indissolubility of marriage ratified and consummated:

As Catholic bishops, following the teaching of the Second Vatican Council, we must defend the unity of faith and the common discipline of the Church and ensure that the light of the full truth emerges for all men (cf. Lumen gentium, 23). Faced with the ever-increasing confusion, we are thus obliged in conscience to profess the immutable truth and the just as immutable sacramental discipline on the indissolubility of marriage, in accordance with what the Magisterium of the Church has been teaching in an unalterable way for 2,000 years. With this in mind, we recall that:

The bishops, by their pastoral office (munus) are cultores catholicæ and apostolicæ fidei: they "faithfully watch over the Catholic faith received from the Apostles" (see Missale Romanum, Canon Romanus). We are aware of this grave responsibility and of our duty to the faithful who expect from us a public and unequivocal profession of the truth and the unchanging discipline of the Church on the indissolubility of marriage. For this reason, we are not allowed to remain silent.

We are aware of this grave responsibility and of our duty to the faithful. For this reason, we are not allowed to remain silent.

In the spirit of St. John the Baptist, we affirm St. John Fisher, St. Thomas More, Bl. Laura Vicuña and many confessors and martyrs, known and unknown, of the indissolubility of marriage:

It is not permitted (non-licet) to justify, approve or legitimize, directly or indirectly, divorce and stable nonconjugal sexual relations by admitting so-called "divorced-remarried" to Communion, since it is in this case a discipline other than that conforming to the Tradition of the Catholic and Apostolic Faith.

By making this public profession before our conscience and before God Who will judge us, we are sincerely convinced of having thus rendered a service of charity in truth to the present Church and to the Sovereign Pontiff, Successor of Peter and Vicar of Christ on Earth.

31 December 2017, Feast of the Holy Family, in the year of the centenary of the apparitions of Our Lady in Fátima

Athanasius Schneider, Auxiliary Bishop of the Diocese of Astana, Kazakhstan

Tomasz Peta, Archbishop Metropolitan of the Archdiocese of Saint Mary in Astana, Kazakhstan