Our Lady of Fatima: "My Immaculate Heart will be your refuge"

OTTAWA, Canada (ChurchMilitant.com) - Canada's Catholic bishops will consecrate their country to the Immaculate Heart of the Blessed Virgin Mary this year, which marks the 150th anniversary of Canada's birthday.

The consecrations will be done individually by each bishop of his own diocese on July 1 and collectively by all of Canada's bishops gathered in Ottawa during their plenary assembly in September.

A statement published April 28 by the Canadian Conference of Catholic Bishops (CCCB) reads:

Each bishop is invited to consecrate his individual diocese or eparchy on 1 July 2017. ... Later in the year, all the bishops of Canada will be invited to participate jointly in the consecration of the country to the Blessed Mother following the celebration of the Holy Eucharist during the CCCB Plenary Assembly in September 2017.

Pastors too will be consecrating their parishes to the Blessed Mother according to the CCCB's statement: "Similarly, a bishop may choose to invite pastors to consecrate their specific parish or mission as part of the celebrations marking the anniversary of Confederation."

Canada Day, celebrated on July 1, is the country's national holiday. On that day back in 1867, Canada was created by the British North America Act, which is called today the Constitution Act, 1867. The individual consecrations of each diocese will take place on July 1 this year, which is exactly 150 years since the birth of Canada.

The previous consecration of Canada was done in 1954. The bishops describe this consecration as follows: "As part of the 1954 Marian Year during a celebration at the National Shrine of Our Lady of the Cape ... all the Catholic Bishops of Canada ... consecrated the country to the Immaculate Heart of Mary."

The bishops said this date was chosen as it "marked the centenary of the solemn proclamation of the dogma of the Immaculate Conception of Mary." 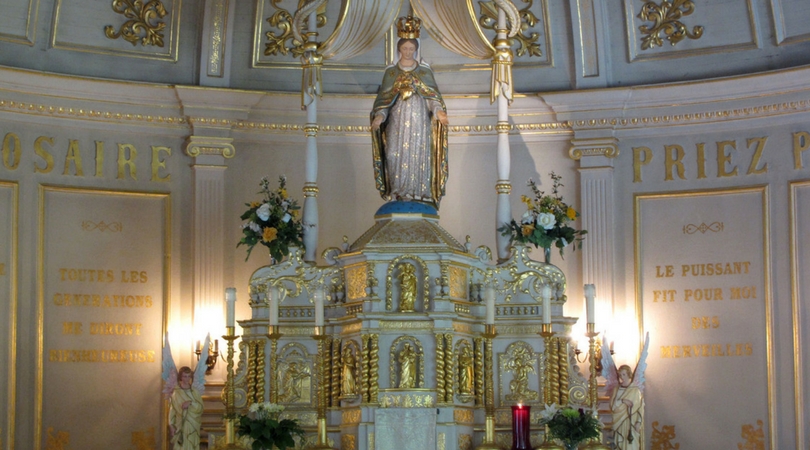 The first consecration of Canada to the Blessed Mother was done in 1947 by two federal cabinet ministers at a huge Marian Congress in Ottawa, Ontario, the capital city of Canada. The CCCB statement says of this consecration:

The first time the country as a whole was consecrated to the Blessed Mother took place in 1947 during the National Marian Congress which was held in Ottawa. Ranked at the time as the largest religious gathering until then in North America, the celebration marked the centenary of the Archdiocese of Ottawa and focused on the hope for lasting world peace.

In 1968 the Canadian bishops disgraced themselves by issuing a document that rejected papal teaching on contraception presented in Pope St. Paul's VI's encylical Humanae Vitae. Their collective dissent was penned in a document known as the Winnipeg Statement. Paragraph 26 of this heterodox document authorizes the use of artificial birth control for those who have an erroneously formed conscience:

In accord with the accepted principles of moral theology, if these persons have tried sincerely but without success to pursue a line of conduct in keeping with the given directives, they may be safely assured that whoever honestly chooses that course which seems right to him does so in good conscience.

In 2008 the CCCB issued a pastoral letter titled "Liberating Potential." Some see in it a tepid apology for the Winnipeg Statement — but it remains the case that the Canadian bishops as a body have never officially retracted Winnipeg.