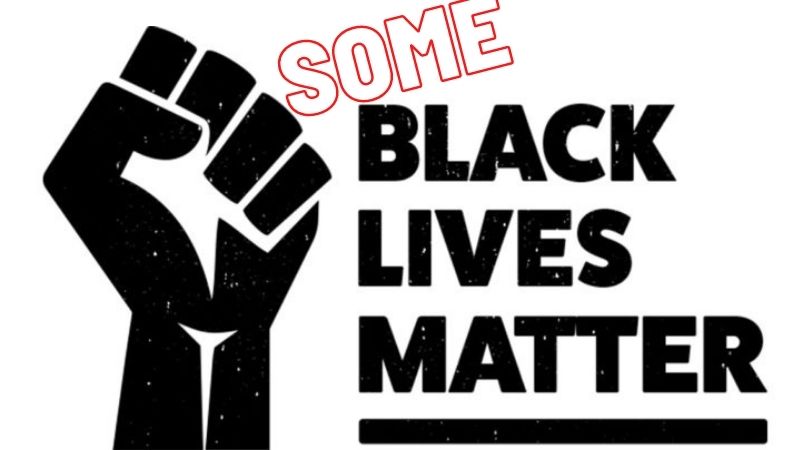 CHICAGO (ChurchMilitant.com) - "Black Lives Matter is a fraud," says a black activist who is calling BLM demonstrations "orchestrated social engineering" and asserting the media is helping BLM to "undermine the black agenda."

Chicago-based activist Mark Carter is one of three black Chicago activists claiming in a new video posted on Monday that BLM and related racial-identity activist groups are "communist."

"George Soros funds these fake-ticious groups to come out and keep up this confusion. And, the issues are never resolved, they're never resolved because it was never meant to be resolved," he adds.

Carter: BLM has "worked with some of our own leadership in our communities to lock us up and lock us out of opportunities"

Carter's referring to billionaire George Soros, who funds many leftist causes, including BLM. Since 2016, Soros gave over $33 million to the Black Lives Matter Global Network Foundation, according to Bill O'Reilly. He also notes that 71% of the money going to the Foundation is spent on "consultant fees," salaries and benefits.

In a What We Believe statement, that BLM recently removed from its website but is still accessible through the internet archive WayBack Machine, BLM pledged:

We make our spaces family-friendly and enable parents to fully participate with their children. We dismantle the patriarchal practice that requires mothers to work "double shifts" so that they can mother in private even as they participate in public justice work.

We disrupt the Western-prescribed nuclear family structure requirement by supporting each other as extended families and "villages" that collectively care for one another, especially our children, to the degree that mothers, parents, and children are comfortable.

We foster a queer‐affirming network. When we gather, we do so with the intention of freeing ourselves from the tight grip of heteronormative thinking, or rather, the belief that all in the world are heterosexual (unless s/he or they disclose otherwise).

But one of the organization's chief goals is to defund the police, which is opposed by nearly two-thirds of Americans, especially with riots causing billions of dollars in property damage alone.

Carter goes on to say, "It's only to keep up confusion. It's only to dismantle the government if they can," adding, "This is what Black Lives Matter is all about — the same Democratic liberal machine working its way through this LGBT community has been the same liberal machine that has starved our communities."

How does destroying marriage and two-parent families help black lives? It doesn't!

BLM leaders have publicly stated they want to dismantle the nuclear family and abolish the police. How does destroying marriage and two-parent families help black lives? It doesn't! BLM is tearing down the family, Christianity, law and order and capitalism — all the values that black people (and all people) need to thrive."

But that hasn't stopped money from pouring in to advance BLM's secretive agenda.

The fight against so-called systemic racism is a lucrative industry, with money pouring in to leftist organizations like the American Civil Liberties Union (ACLU) and the National Association for the Advancement of Colored People (NAACP). Following the death of George Floyd in June, 44 of the top 100 corporations pledged $1.63 billion dollars — with Bank of America pledging the first billion and Apple, Walmart and Comcast each pledging $100 million.

Target, Home Depot, McDonald's, Wendy's and Coca-Cola have joined in the group of corporations giving anywhere from hundreds of thousands to millions of dollars to bankroll racial-identity politics.

Peterson explained that BLM isn't about black people at all but is instead all about political control.

"They're all about taking power away from whites and destroying the rule of law," he elaborated. "BLM is a domestic terrorist organization that is trying to destroy our country, and they need to be dealt with as enemies of the United States."

"These people are cowards. The American people need to speak up and expose these haters," concluded Peterson.

Church Militant's Special Report — The Truth Behind BLM explains how BLM's ideological inspiration, Assata Shakur — who claimed allegiance to communism as a member of the Black Liberation Army — is on the FBI's most-wanted terrorist list. She killed a state trooper in 1972 and was convicted of eight felonies before fleeing to Cuba. She has a $2 million bounty on her head.

In the report, BLM's leaders explain that they quote their "beloved Assata Shakur" at every event or location they "shut down."