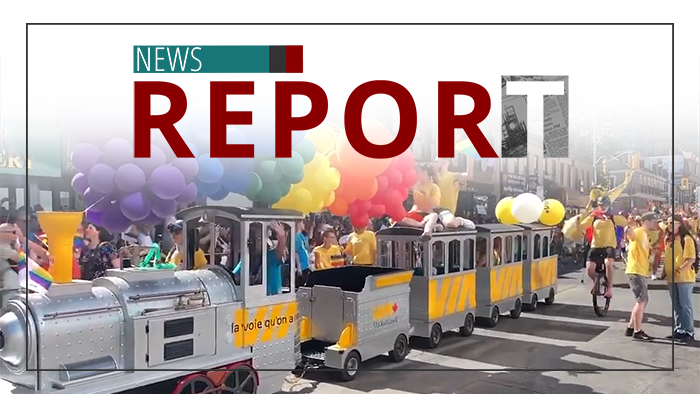 For Catholics, June is traditionally the month of the Sacred Heart.

But in the secular world, it's the month of LGBT pride.

This year, the rainbow-ridden parades and festivities have been canceled for fear of spreading the Wuhan virus. Instead, many gay-pride celebration organizers are teaming up with Black Lives Matter activists as race protests continue around the country and the world.

Pro-gay activist group GLAAD — according to a spokesperson — is changing its plans for an online drag queen performance into a discussion of "black queer lives."

In Los Angeles, LGBT Pride organizers are backing a protest against racial injustice.

After several months of lockdowns over the coronavirus pandemic, protests exploded onto the streets of major cities after an African-American man, George Floyd, died in police custody after an officer kneeled on his neck.

At times, the protests over Floyd's killing have turned violent — with businesses looted, police officers targeted and attacked and statues and monuments defaced.

In Seattle, radical activists took over several downtown blocks in the name of establishing their own cop-free, autonomous region.

Black Lives Matter, as an organization, supports the LGBT agenda, with statements on its website about affirming transgenderism and homosexuality.