DETROIT (ChurchMilitant.com) - The Black Lives Matter (BLM) organization has deleted its controversial "What We Believe" page online and substituted it for a more politically palatable version.

BLM, founded by self-proclaimed lesbians who are "trained Marxists," on Monday took down the page that has caused the most controversy. No longer does the BLM site proclaim: "We disrupt the Western-prescribed nuclear family structure ... ."

By clicking the old page URL, it now simply reads, "404 Not Found. We can not find the page you are looking for."

The replacement BLM page, called "About Black Lives Matter," still states its affirmation of "Black queer and trans folks," but has no mention of dismantling or "disrupting" the "nuclear family" — what many black people believe to be the primary problem in the black community today.

The entire paragraph on the family, now missing, can still be found on the internet archive WayBack Machine. It reads: "We disrupt the Western-prescribed nuclear family structure requirement by supporting each other as extended families and 'villages' that collectively care for one another, especially our children, to the degree that mothers, parents, and children are comfortable."

This move has come in the midst of declining support for the BLM movement, which was at its zenith after the tragic death of George Floyd. Subsequent looting and violence to people and property have taken its toll on BLM's popularity.

A recent Pew Research poll shows support for BLM declining since June. Adults in the United States indicating at least some support for the movement is now at 55%, down from 67% in June. As for those who "strongly support" the BLM movement, the number has declined from 38% to 29% in the last three months.

Most of the decline in BLM support has been with whites and Hispanics. Pew shows that a drop of 15% has occurred in the white population and an 11% decline among Hispanic Americans. Support remains strong — at 87% — with black Americans. Political affiliation sees support for BLM still very strong among Democrats and Democrat-leaning Americans (88%), while Republicans and Republican-leaners show little support (16%).

In June, the Republican Party issued ads criticizing the group's co-founder by playing a video clip from 2015 in which she identified herself and fellow co-founders of the organization as "trained Marxists."

"I actually do think we have an ideological frame. We are trained Marxists," said Patrisse Cullors, cofounder of BLM.

I actually do think we have an ideological frame. We are trained Marxists.

The ad concludes with the narrator saying, "This isn't about justice. It's about destroying America."

The basic tenets of Marxism include a totalitarian government to take over much of what the nuclear family is meant to do. As the Biden campaign seeks to camouflage its socialist/Marxist influences to appeal to middle America in the general election, official BLM appears to be doing the same.

The BLM movement has influenced the Democratic Party platform and has pressured Joe Biden into choosing a black woman for vice president. Biden has also said publicly that, should he get the opportunity, he would appoint a black woman to the Supreme Court.

BLM accepts donations via ActBlue, which also acts as a fundraising arm for the Democratic Party

The BLM movement has also given rise to lawn signs popular among liberals. They state a list of bumper sticker-like, euphemistic platitudes often shared by progressives: "We believe: Black lives matter, no human is illegal, love is love, women's rights are human rights, science is real, water is life, and injustice anywhere is a threat to justice everywhere."

Objective observers note this veiled support for illegal immigration, homosexual behavior, radical feminism and abortion, and the projection onto Republicans of being anti-science reflects the Marxist goals of the Black Lives Matter organization.

The new, shorter version of its web page explaining BLM's beliefs did not eliminate all allusions to the breakdown of the family, however. The group's support for homosexuality, transgenderism and radical feminism remains. Reasonable people understand these leftist social constructs that violate human nature also do "disrupt the Western-prescribed nuclear family structure." 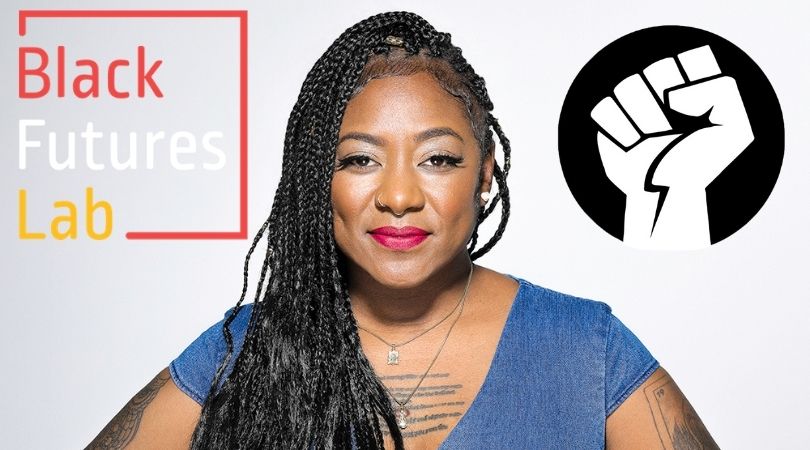