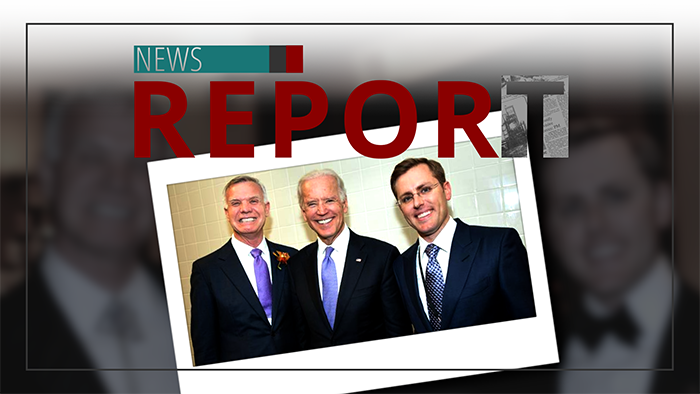 Fake Catholic Joe Biden continues to appoint enemies of the Faith to high-ranking positions. The unelected president's nominee for ambassador to Switzerland brags he's the "largest-ever contributor to LGBT+ equality." Church Militant's William Mahoney looks at the appointment and his so-called philanthropy.

Scott Miller is Biden's pick for ambassador to Switzerland and Liechtenstein. He's a homosexual activist, who, with his partner Tim Gill, dumps tons of money through the Gill Foundation into all things LGBT.

Tim Gill: "People were being discriminated against in schools. People were losing their jobs."

The couple, almost three decades apart in age, has donated more than half a billion dollars to the LGBT agenda. And since 2010, Miller and Gill have given millions of dollars to Democrat causes and politicians, including nearly $400,000 to Biden's presidential campaign.

While the couple claims they're fighting for equality, critics note they're actually fighting to subjugate anybody who opposes their push to normalize sexual perversion.

Biden has a penchant for drawing from the LGBT crowd, with Pete Buttigieg for transportation, a lesbian rabbi for a commission on religious freedom, two lesbian activists for the federal judiciary and, of course, Dr. Levine for Health and Human Services.

It seems one's qualifications for an appointment are irrelevant for Joe Biden, who appears bent on flooding the U.S. government with anti-Christian activists. The Gill Foundation also works to ban so-called conversion therapy, with utter disregard for those who freely seek sexual orientation change efforts — or "SOCE."