Bp. Doerfler: "Some intrinsic evils are graver than others"

MARQUETTE, Mich. (ChurchMilitant.com) - A Michigan bishop is saying that Catholics are justified in voting for the candidate who promotes the lesser amount of evil.

It's the third video of a three-part series on Catholic voting morals titled "Voter Guide Part III: Avoid Evil." The diocesan paper posted a copy of the transcript, in which Bp. Doerfler told voters, "Some actions are always evil, and we call them intrinsically evil acts." He continued, "These include ... abortion, assisted suicide, euthanasia, the destruction of human embryos, human cloning ... and redefining marriage contrary to its essential meaning."

Contrary to some bishops who hold up immigration as the supreme issue in the upcoming U.S. presidential election, Bp. Doerfler affirms that "abortion is the gravest issue." He further points out the legal freedom to do such intrinsic evils is "falsely considered a "right" that ought to be protected."

Bishop Doerfler released two preceding videos: "Voter's Guide Part I: Four Basic Principles" was released in August and discussed the fundamental principles of Catholic social teaching, namely, the dignity of the human person, the common good, subsidiarity and solidarity. "Voter's Guide Part II: Do Good" was released in September and covered the promotion of the common good and prudential deliberation in light of the upcoming elections.

In this third video, Bp. Doerfler lays out the various choices that come before voters. He brings up the fact that because it is "never permissible to commit an intrinsically evil action," we therefore can never vote for a candidate simply "because the candidate supports an intrinsically evil act." In other words, to vote for a pro-abortion candidate in order to widen abortion laws would be "to promote evil directly."

Bishop Doerfler doubles down on this point, saying that "we must choose from the candidates who do not promote intrinsic evils." He stresses that such political advocates of evil can't be supported even if they have plans on "promoting the economy and overcoming poverty."

Part of the reason Bp. Doerfler gives for this is that "opinions may differ on the best way to do good," such as growing the economy but it is "non-negotiable to avoid evil."

Lastly, the bishop presents the scenario where both candidates support certain intrinsic evils, e.g., providing artificial contraception or restricted abortion. In this case, he notes that the candidate who promotes the lesser evil is the prudent option, as "some intrinsic evils are graver than others ... and Catholic voters are "justified in voting for the candidate who would do the least evil." 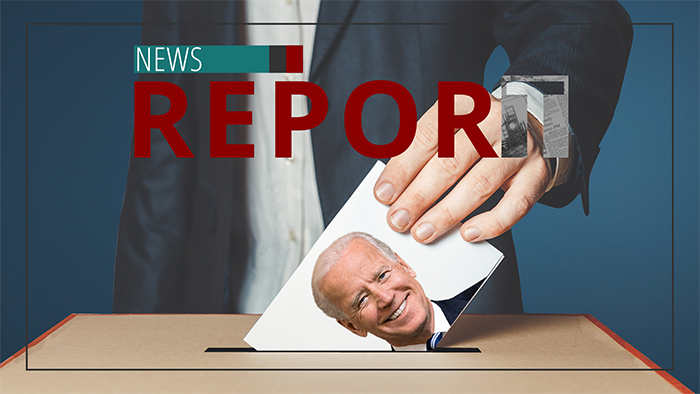