SOUTH BEND, Ind. (ChurchMilitant.com) - An Indiana bishop is criticizing the University of Notre Dame's decision to cover birth control in its health plans.

Free clip from CHURCH MILITANT Premium
WATCH FULL VIDEO
The statement comes after Notre Dame's president, Fr. John Jenkins, justified the university's policy in an email to school employees Wednesday.
"I have reached the conclusion that it is best that the University stop the government-funded provision of the range of drugs and services through our third-party administrator," he announced. "Instead, the University will provide coverage in the University's own insurance plans for simple contraceptives (i.e., drugs designed to prevent conception)."
The stated reason for retaining birth control coverage is so as not to "burden" students who use birth control and depend on the university for health insurance. He noted that the school would not cover abortion-inducing drugs or sterilizations.
The teaching of the Catholic Church against contraception, according to the Catechism of the Catholic Church, is that "every action which, whether in anticipation of the conjugal act, or in its accomplishment, or in the development of its natural consequences, proposes, whether as an end or as a means, to render procreation impossible is intrinsically evil" (2370).
Bishop Rhoades encouraged those who struggle with this teaching of the Church to prayerfully consider reading Bl. Pope Paul VI's encyclical, Humanae Vitae — which reaffirmed the Church's teaching on birth control — in this 50th anniversary year of its promulgation, as well as Pope St. John Paul II's Theology of the Body, the late Holy Father's integrated vision of the human person.
"Many Catholics have come to a greater understanding and appreciation of the Church's teaching through such study and prayer," insisted Bp. Rhoades.
Gerald Bradley, professor at Notre Dame Law School, wrote in an essay published Thursday at Public Discourse, "The crucial mistake in Fr. Jenkins's rationalization is to use the hazy fog generated by a sonorous phrase — 'respecting' others — to cover up what he is really doing ... the moral truth that he seems to affirm (that contraception is immoral)."
The university's policy will go into effect July 1 for employees and in August for students.

On January 18, the executive board of University Faculty for Life, made up of faculty, administration and staff who respect life from conception to natural death, wrote a letter to Fr. Jenkins in the student newspaper, The Observer, opposing Notre Dame's decision to "continue its involvement in the distribution of abortifacients and contraceptives through the University's health insurance plan, after there was no longer any legal necessity to do so."

The group also reaffirmed its commitment to "the holistic teachings of the Church on the sanctity of all human life" a day before faculty, staff and students took part in the March for Life in Washington, D.C.

The Sycamore Trust, a group of alumni and friends striving to protect the Catholic identity of Notre Dame, released a letter on January 17 recounting the decision by Fr. Jenkins to "make cut-rate abortifacients, contraceptives, and sterilization available to employees through its Flexible Spending Account program," while announcing "his plans to lead a Notre Dame delegation to this year's March for Life."
In a January 16 news release, the university announced that "Notre Dame's 2018 March for Life contingent is the largest in recorded memory and will include ... Father Jenkins ... presid[ing] at a Mass for the Notre Dame marchers at 10 a.m. Friday at St. Agnes Catholic Church" in Arlington, Virginia.
The Sycamore Trust called out the hypocrisy and scandal of Fr. Jenkins' decision to fund birth control and abortions while presiding at Mass for March for Life pilgrims.
"The hypocrisy and scandal are evident — his action seems to imply that the use of abortifacients and contraceptives is acceptable, whatever reservations the University might set to paper— and will surely not go unmarked," the group insisted.
Not providing funding for contraception ... would truly be a prophetic witness to the truth about human sexuality and its meaning and purpose.
The court battle over the 2012 HHS Contraceptive Mandate involved claims that compliance with the mandate required Notre Dame to act against its conscience as a Catholic institution and violate its beliefs by providing contraception coverage to staff.
"The representations to the courts that now appear to have been false were forceful, multiple, and essential," the alumni stated in their letter to Fr. Jenkins on December 16. "They were designed to show in the strongest possible language that the mandate imposed a substantial burden on Notre Dame's religious liberty. Unless it did, Notre Dame had no business in court."
In October, President Trump broadened exemptions to the mandate so that religious organizations and Catholic schools like Notre Dame are now exempt from covering abortifacients and contraceptives in their health plans.
The university settled its lawsuit against the federal government since it was no longer required to cover birth control. Contraceptives and abortifacients were to be available free of charge in the university's student and staff health plans, Meritain Health and OptumRx, until January 1.
But Notre Dame reversed its decision after three Notre Dame students filed a federal lawsuit challenging the school's decision to roll back birth control coverage. Contraceptives and abortifacients were to be available in the health plans in 2018.
In an update to faculty and staff, Notre Dame reaffirmed its commitment to Catholic teaching while giving in to the mandate provisions in the school medical plans:

Previously, the Catholic college was complying with the HHS mandate under an "accommodation," which allowed for staff and students as part of the university health plans to be provided free contraceptives and abortifacients.

Bradley observed in his essay, "The central truth of the moral life is that everyone is invariably morally responsible for his or her own actions, no matter what others are doing or not doing."

"Notre Dame bears prophetic witness to the truths of the Catholic faith in its words and actions on many issues of importance for the good of our society," concluded Bp. Rhoades in his statement. "Not providing funding for contraception would not be popular with some, but it would truly be a prophetic witness to the truth about human sexuality and its meaning and purpose." 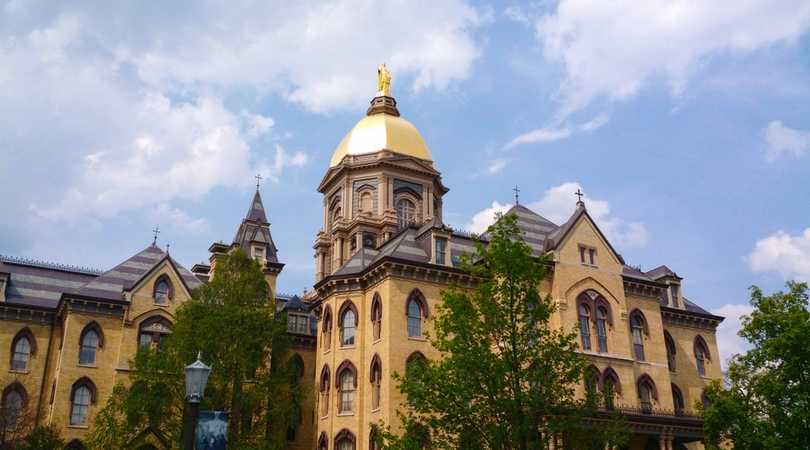 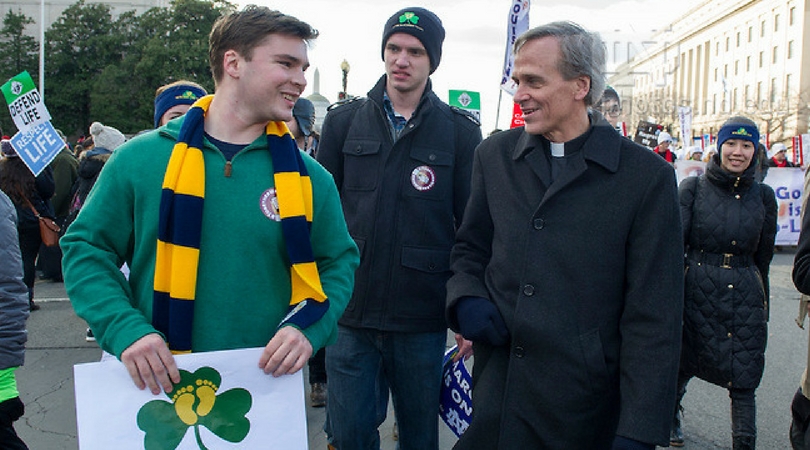 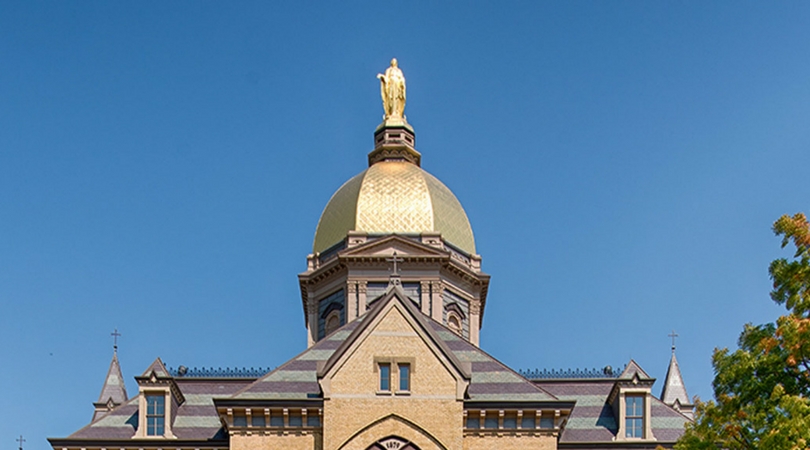