Bracing for the Abuse Synod

With Rome's upcoming synod on clerical sex abuse less than two weeks away, bishops are saying the synod must focus not only on homosexuality but also on the gay network within the Church that drives it.

In an interview with Italian media published Sunday, the Vatican's former watchdog of orthodoxy, Cdl. Gerhard Müller, said, "It is a fact that over 80% of child victims of abuse are males and teenagers. We must face this reality, they are statistical figures that cannot be denied. Anyone who ignores the facts does not want to solve the problem."

The former head of the Congregation for the Doctrine of the Faith was asked about a secretive gay lobby operating within the Church that is actively attempting to obfuscate the issue of homosexuality.

Yes, they generally do not manifest themselves publicly, but they can be recognized by some strange behavior, by the way they present themselves, by certain opinions. They support each other and personally attack those who are in trouble on their agenda, bend the Church's doctrine to their ends, make constant polemics against Orthodox Catholics. This reveals them. But so they destroy not only the doctrine but also the people who say they want to help. They use people who have homosexual tendencies to win their ideology: they ideologically abuse these people.

A petition to defeat this gay lobby at the upcoming synod was launched last month by Pro Ecclesia, a Catholic lay organization in Switzerland. The petition is asking the heads of the bishops' conferences worldwide, who will be gathering this month in Rome for the sex abuse synod, to stop homosexual networks inside the Catholic Church. Pro Ecclesia is partnering with LifeSiteNews, which is releasing the English version of the petition.

Bishop Athanasius Schneider told LifeSite in January that this homosexual network is very active within the Church.

The current crisis of clerical sexual abuse brought to the surface the fact of the existence of real clerical homosexual networks in the Church. If the upcoming Summit on Clerical Sexual Abuse in the Vatican will not address … the predominant role of the homosexual behavior in the clerical sexual abuse cases, the Summit will give a highly irresponsible answer and will be doomed to failure from the start, manifesting thereby also a peculiar form of clericalism.

Watch the panel discuss the real problem underlying the clerical sex abuse crisis in The Download—Bracing for the Abuse Synod. 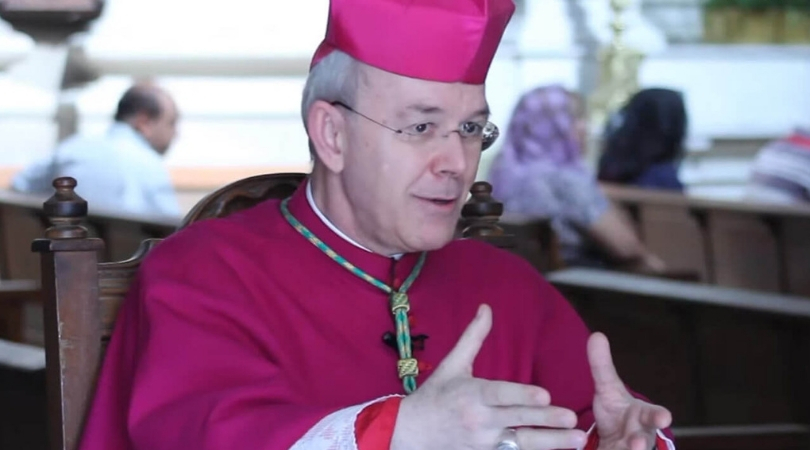