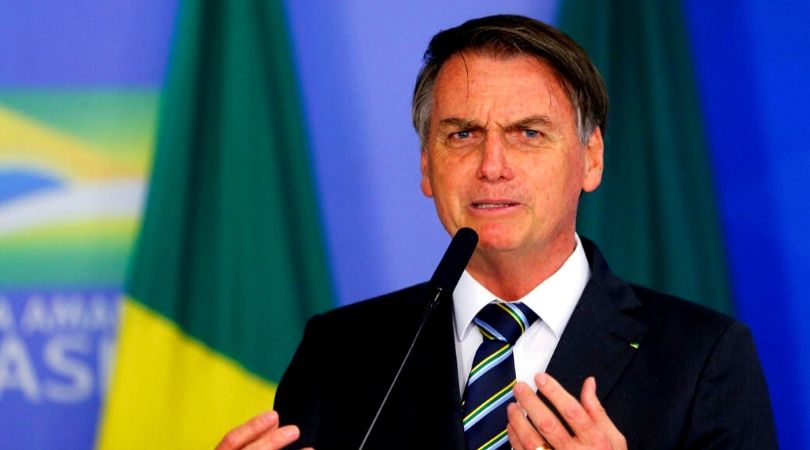 BRASILIA, Brazil (ChurchMilitant.com) - Brazil — the country with the largest Catholic population in the world — has broken a decades-long silence over worldwide Christian persecution.

"The Ministry of Women, Family and Human Rights (MMFDH) condemns every type of violent action and homicides," the statement read. "Every form of violence and murder is, in every way, unjustifiable. In the same manner, this Ministry condemns every act of religious intolerance."

"News agency Amaq, the propaganda organ of the Islamic State, produced and released [on Dec. 26] a 56-second video, recorded 'in the past weeks' where 11 Christian men are executed with the intent of sending 'a message to Christians all over the world'," ministry officials explained.

"A Nigerian faction of the jihadist group Islamic State ... takes responsibility for the attack. According to the disclosed message, the Christians were executed to avenge the death of the group leader Abu Bakr al-Baghdadi, and of its spokesman Abul-Hasan al-Muhajir, during a North American operation in Syria in October 2019," they added.

"Since then," ministry officials continued, "a series of attacks have been taking place all over the world. In Africa, the group tries to force conversions to Islamism and executes whoever refuses. Their main targets have been military forces and Christian communities."

The statement noted that Sérgio Augusto de Queiroz, Secretary of Global Protection (SNPG), has voiced outrage over attacks on Christians:

This sad event illustrates the denunciation made last Easter by the [Anglican] bishop of Truro to the british foreign secretary that Christianity is the most persecuted religion in the world today. The fact we live in a country with wide freedom of religion or belief, with a Christian majority, places on our shoulders the natural responsibility to contribute to the defense of these freedoms, globally and locally. And this is our firm commitment.

"We offer our solidarity to the families of each Christian persecuted, tortured and murdered for their faith, as well as all of those who suffer physical, emotional and material damages by reason of their beliefs. The MMFDH reaffirms its commitment to religious freedom and respect to differences," ministry officials concluded.

Bolsonaro was elected in 2018 after thirteen years of the Brazilian Workers' Party's leftist rule. Nicknamed "Trump of the Tropics," his campaign slogan was "Brazil above everything and God above everyone."

Bolsonaro has signed a declaration of commitment endorsing core Catholic values, and in 2019 he was joined by Bp. Fernando Arêas Rifan of the traditional Personal Apostolic Administration of Saint John Mary Vianney inside the Presidential Palace for a public ceremony honoring Our Lady.

In an end-of-the-year interview, Bolsonaro recounted his first year in office.

"Religion gave me my victory," he reflected. "If it wasn't for it, the Left would still be in power."

"Employees tell me that during the terms of PT, they [religious manifestations] were banned. Worship during lunchtime had to be done outside, not inside [the Presidential Palace]. Now we do it inside, and we respect everyone, just as we respect non-believers."

I've seen images of the rape of a 22-day-old baby.

Brazilian conservatives have applauded another Bolsonaro move: his appointment of attorney and evangelical Christian Damares Alves as head of the MMFDH.

Alves is staunchly pro-life, and has dedicated her life to the protection of children, as she was sexually abused as a young girl. As part of this, Alves has launched an unprecedented campaign against child pornography. In a recent interview with the BBC's Portuguese language service, she said:

I am not a minister because I was raped, but I am minister because I fight to safeguard children. My pain is my flagship, my battle. When I decided not to die, I also decided I wouldn't allow any child near me to be hurt. I'm confronting sexual violence against children. And now we're facing another tragedy, the rape of babies in Brazil. This modality of sexual violence has greatly increased in the last five years and we're extremely concerned. I'm talking about days-old babies. I've seen images of the rape of a 22-day-old baby. We have the register in our ministry of an 8-day-old girl and a 7-day-old boy. The production of images of rape of babies is really growing. ... It's an expanding market.

Minister Alves is frequently denounced by the leftist establishment, who often misrepresent her words and actions.

In a private video leaked to the public, Alves affirmed that "boys wear blue and girls wear pink," a clear reference to her positions against gender ideology. But opponents took her phrase out of context and tried to humiliate her for weeks.

The same leftists who relentlessly mock Alves have never acknowledged the importance of her efforts saving women and children from sexual exploitation or domestic violence.