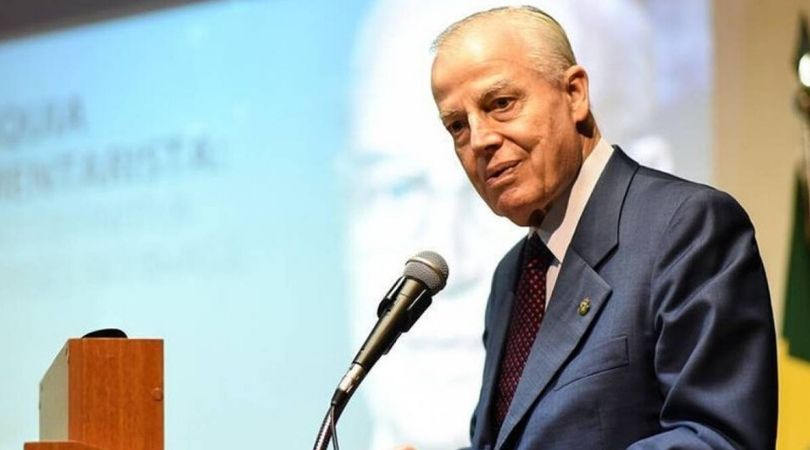 Brazil's Catholic royalty is condemning the Amazon Synod's final document as an "enormous conspiracy" of emergent pantheism against Catholic tradition, Western civilization and the conservative government of President Jair Bolsonaro.

In a scathing attack, His Imperial Highness Prince Dom Bertrand said that the end product of the synod was not Catholicism, but pantheism seeking "a complete change of the Roman Catholic apostolic Church and the Christian civilization that had existed through the Church's history."

"They want to extinguish all the progress that happened in the last 2,000 years thanks to Christian civilization," Dom Bertrand of Orleans and Braganza asserted in a video statement released Friday.

The traditionalist Catholic royal singled out paragraph 10 for a blistering critique, arguing that it would threaten Brazil's borders and the "soul of the Brazilian people," since the document was calling for "the complete transformation of Brazil and everything related to the Brazilian population and the indigenous population."

Paragraph 10 claims that "the Amazon today is a wounded and deformed beauty, a place of pain and violence."

Prince Bertrand hits back in the video: "The Amazon is a forest. The forest doesn't suffer. But this is part of a pantheistic vision that claims the forest can suffer because nature is Mother Nature or Pachamama or whatever."

The Amazon is a forest. The forest doesn't suffer.

The same paragraph names the victims of the "attacks on nature" as "children, youth, women and Sister Mother Earth."

"Who is this Sister Mother Earth — is this Pachamama?" asks the Prince. "This is the confusion of man who is the image of God with the rest of creation"

"What kind of attacks against nature is the synod document referring to? According to EMBRAPA [Brazilian Agricultural Research Corporation] research the Amazon forest is untouched. There are parts of the forest that are deforested but this is not the proper rainforest of the Amazon," he explains, lashing out at the synod's claim of "deforestation."

The Brazilian Agricultural Research Corporation (EMBRAPA) is a state-owned research corporation affiliated with the Brazilian Ministry of Agriculture. It seeks to link technological development to sustainable solutions, a repeated theme of the Amazon Synod.

The descendant of the last emperor of Brazil goes on to express his outrage against "a Church document that is basically trying to tell the government what it should or should not do. Is the synod asking us to keep 20 million people from cultivating the resources of the region?"

He accuses the synod document of "lying" and "being completely out of touch with reality," noting, "This is only the imagination of the person who wrote this document."

Since paragraph 10 also censures hydroelectric projects, waterways, railways, mining and oil projects, the Prince slams the synod fathers for addressing issues of which they are grossly ignorant.

"Hydroelectric projects, roads, railways — these are technical and temporal matters," he notes. "The Church has a duty to maintain moral values and prepare souls for Heaven. And clergy should only intervene in temporal and natural spheres when it relates to faith and morals."

"Defend the Catechism, defend Catholic principles in relation to abortion and homosexual marriage — this is what the Church should be fighting against. But the Church, a synod, has nothing to do with hydroelectric power," he adds.

Bertrand lambasts the document as "something clearly orchestrated against the Bolsonaro government," which desires that people who live in the Amazon have a better life.

The document is 'something clearly orchestrated against the Bolsonaro government.'

"This [document] is completely against what the government is trying to do. And we know that this is one of the richest regions in the world," he states.

Father José Oscar Beozzo, a well-known proponent of liberation theology in Latin America, has also admitted to "helping with drafting the text."

Earlier, the Vatican's former head of doctrine Cdl. Gerhard Müller stressed that the central themes of the Church are not environmental protection, migration politics or positions of power for laymen: "The Church is not an NGO that could embrace the agenda of anti-faith ideologies."

A Church that is naturalized and secularized would not "bring back the lost sheep to the pasture of Christ," he commented in an interview with Die Tagespost.

People "will only be convinced by Christ, if credible missionaries preach the gospel of Jesus to Christ," said Müller, warning that "hundreds of thousands" of Catholics from the Amazon region would leave the Church as a result of being scandalized by seeing videos of the pagan idol Pachamama worshiped in ceremonies in Rome.