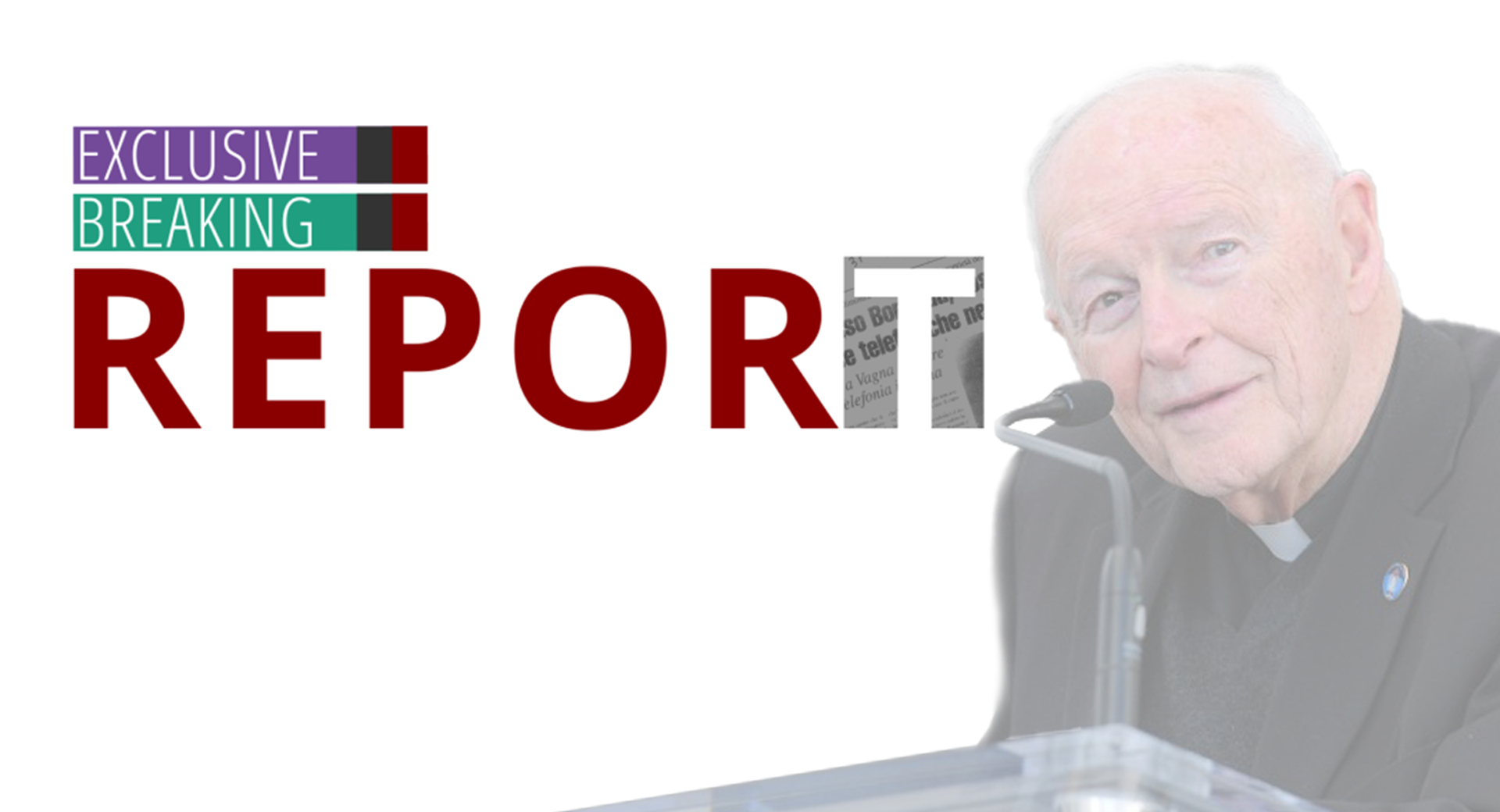 The hunt is on

Hello everyone and welcome to this exclusive, breaking news report from Church Militant — news about the potential whereabouts of Theodore McCarrick.

Here's what we know: After having been defrocked, he took up residence in the St. Fidelis Friary in Victoria, Kansas for roughly the past 17 months.

Approximately a week ago he left the friary — this has been confirmed — and his whereabouts have become the subject of much speculation in the Catholic world.

Church Militant has learned from very reliable sources that his apparent destination was Jacksonville, Florida in the diocese of St. Augustine.

Within the territorial boundary of the diocese is a residence within a gated community — a house where the notorious predator priest Fr. Marcial Maciel died in 2008 — and that house was at the time owned by the Legionaries of Christ, the community Maciel founded decades earlier, and many of whose members were victims of his homosexual predation.

That residence is not directly affiliated with the diocese of St. Augustine, but is geographically within the diocese.

Our sources tell us that they believe McCarrick may be in that house, somewhere in the Jacksonville area. Church Militant is looking and searching for that house.

The timing of all of this is raising a lot of speculation because the Vatican investigation into the McCarrick scandal is due to be released soon, and Church Militant has learned further from sources that "soon" may be as early as this coming weekend.

Our sources inform us that the actual investigation is concluded and the formal report itself is at some stage of being translated into Italian for Pope Francis to review.

The convergence of these two pieces of information raises serious questions: If not himself, then who is moving McCarrick around? McCarrick is nearly 90 years old and reportedly not in good health. It is highly unlikely he transported himself the 1,400-mile journey that it is from Kansas to Florida.

A point that bears being reminded of: McCarrick was put in the Kansas friary in September 2018 by direct orders from the disgraced Cdl. Donald Wuerl — as testified to by the local bishop Gerald Vincke, then-newly installed young bishop of Salina, Kansas at the time.

At the time, McCarrick had already been defrocked, and the move raised eyebrows. McCarrick had by then been reduced to the lay state, so why would or should he be able to stay in a religious friary? The answer provided by Bp. Vincke was that he had been told by Wuerl that McCarrick was retiring to a life of prayer and penance.

If that was the case, and not just to get him away from the glare of cameras and media scrutiny, then why the move now, with just weeks or perhaps even days within the release of the Vatican report?

Next question: If it turns out to be in fact the case that he is at a property in Jacksonville with ties to the Legionaires, and people in the Church have orchestrated all this, what degree of involvement might the Vatican itself have in all this?

When Maciel died, the community was taken control of by the Vatican and underwent an extensive five-year oversight and investigation, ultimately resulting in a reorganization that received approval from Rome just five years ago under Pope Francis.

The Vatican is well aware of every nook and cranny of the Legion, as well as all its properties.

Church Militant has also learned that some clergy from the archdiocese of New York are already on the ground in Jacksonville looking for McCarrick. Their hunt for the perverted former cardinal has centered around a facility known as L'Arche House, but so far, sources relay to us, their efforts have turned up nothing.

The archdiocese of New York was ground zero for the charges against McCarrick, which ultimately resulted in his defrocking by Pope Francis. The archdiocese is currently facing a multi-hundred-million-dollar lawsuit from the primary victim-survivor of McCarrick, James Grein.

That lawsuit has sent Cdl. Timothy Dolan scrambling to the courts to get them to declare unconstitutional New York's new law lifting the statute of limitations on sex abuse victims.

Lena, a very close advisor of the pope who often stays at the pope's Vatican residence Santa Marta, was apparently tasked for the job because of his past work being a legal bulldog for Vatican cases involving sex abuse cover-ups implicating the Holy See.

That raises the very serious question that the investigation may have been compromised from the beginning because of what appears to be an obvious conflict of interest.

Reports are the pope himself involved Lena in the investigation, and that raises even more serious questions about the impartiality and veracity of the report's findings, since Pope Francis resurrected McCarrick — even with express knowledge of his homosexual predation stretching back decades.

So at this point, we are left with a number of unanswered questions that authentic Catholic journalists need to uncover:

Be sure and stay tuned to Church Militant for more information.

We are diligently working all these angles and will be updating as we learn anything further.

Update: The Legionaries of Christ have contacted Church Militant and affirmed their organization is NOT providing housing for Theodore McCarrick. The former residence where Fr. Maciel died has not been owned by the organization since 2013 when it was sold. And the Legion no longer owns ANY property in or around the Jacksonville area.