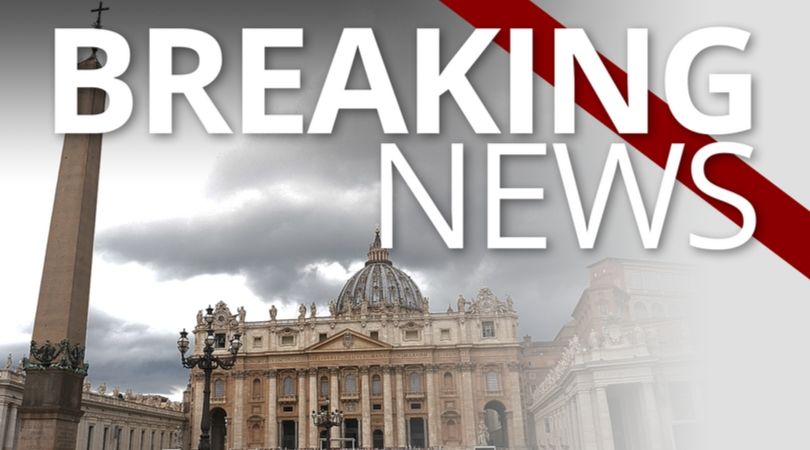 On the Pope's remarks about Jesus' divinity

Michael Voris coming to you from Rome with breaking news again, following up on our last breaking news report just an hour or so ago earlier today.

The Vatican has just issued a statement about an article written by long-time friend of Pope Francis and recognized Italian reporter Eugenio Scalfari.

In his account, reportedly published in yesterday's issue of La Repubblica, Scalfari maintains that Pope Francis denied the divinity of Christ.

Two key quotes here for context; again, this is Scalfari reporting what he says the Pope said to him.

First, "They are the proven proof that Jesus of Nazareth, once having become a man, was, though a man of exceptional virtues, not at all a God."

Scalfari says that is what the Pope told him.

Pope Francis conceives Christ as Jesus of Nazareth, man, not God incarnate. Once incarnate, Jesus stops being a God and becomes a man until his death on the cross.

Then, moving on, Scalfari gives his own personal impression of what the Pope actually thinks, based on their conversation and their long-term friendship.

Scalfari's words here: "Pope Francis conceives Christ as Jesus of Nazareth, man, not God incarnate. Once incarnate, Jesus stops being a God and becomes a man until his death on the cross."

The report has caused an international firestorm in social media — as news begins to spread, speculation that the Pope may subscribe to the Arian heresy.

The Vatican, just moments ago, immediately shifted into high-gear damage control and issued the following statement:

As has been affirmed in other occasions, the words that Dr. Eugenio Scalfari attributes between quotes to the Holy Father during his colloquies held with him cannot be considered as a faithful account of what was effectively said, but represent more a personal and free interpretation of that which he heard, as appears entirely evident from what was written today concerning the divinity of Jesus Christ.

That is the relevant part of the statement, and it, in itself, is now creating its own firestorm because it does not actually deny Scalfari's characterization, merely hinting at the possibility.

Likewise, it does not affirm in any fashion that Pope Francis does indeed hold the divinity of Christ during Our Savior's earthly ministry.

So the overarching question has moved from "is what Scalfari reported true?" to "does Pope Francis absolutely and unequivocally declare his full and entire belief in the divinity of Christ while He was present on earth and prior to His death on the cross?"

Scalfari said the Pope does not.

The Vatican, so far, has not responded.

Stay tuned on this one. Given the current climate in the Church, this story appears to not be going away anytime soon.

What is needed from Rome is a flat-out denial of the report, not just a vaguely worded statement left open to interpretation.

Also needed: a clear affirmation of the Pope's belief in Our Lord's divinity. 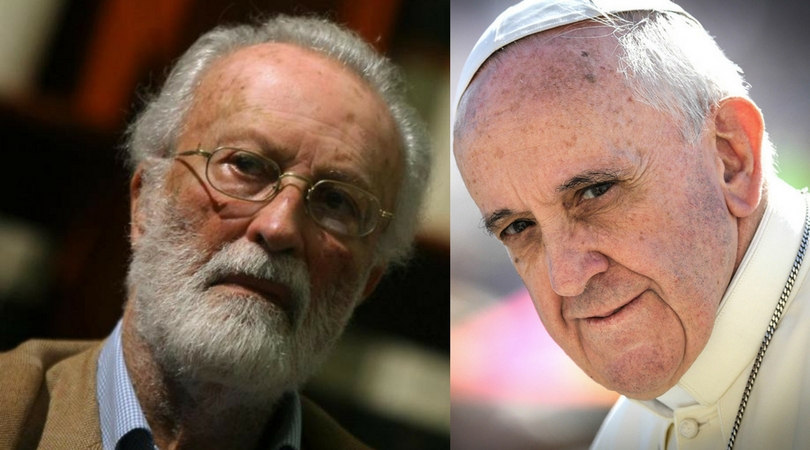