Prosecutor: Bishop, diocese have not fully cooperated with law enforcement

SAGINAW, Mich. (ChurchMilitant.com) - In the midst of a criminal sex probe of the diocese of Saginaw, Michigan, police raided the home of Bp. Joseph Cistone Thursday as well as the cathedral rectory and chancery.

Multiple police cars were seen outside the bishop's residence Thursday afternoon, after search warrants were delivered to him as well as to Mary of the Assumption Cathedral and diocesan headquarters.

Contrary to statements of the diocese and the bishop that they would fully cooperate with law enforcement, they have not.

In an official statement to Church Militant, Saginaw prosecutor Mark Gaertner said, "Contrary to statements of the diocese and the bishop that they would fully cooperate with law enforcement, they have not. Therefore it was necessary for law enforcement officials to utilize other investigative means and execute search warrants." 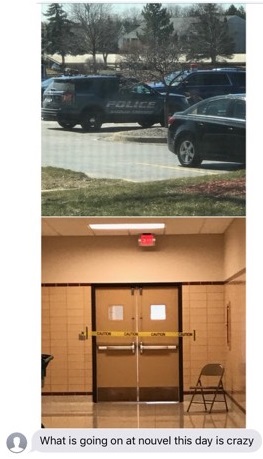 Church Militant has learned that the diocese was in the process this week of turning over priestly personnel files to their attorneys, and that the chancery was occupied with sorting through documents and evidence pertaining to the criminal probe.
Bishop Cistone has helped destroy evidence before. A 2005 Philadelphia Grand Jury Report reveals he stood by as Msgr. William Lynn shredded documents containing names of suspected priestly sex abusers. Cistone went on to mislead the grand jury during questioning about the incident. When confronted years later about his misconduct, Cistone said he regretted "any mistakes in judgment" he had made but refused to discuss anything further, as "it would not serve any purpose to revisit the grand jury report and endeavor to recall the rationale for past decisions made in specific cases."
Students at Nouvel High School, right next to the chancery, were not told about the events, and were left frightened and wondering what was happening. In light of recent news of school shootings, one Saginaw parent said students were fearful — upon seeing police tape across the interior doors of the chancery — that there was an active shooter on campus.
"We've also been dealing with almost daily school threats in this area, so it was especially frightening for the kids to see this," a parent told Church Militant, going on to express dismay that the diocese had not acted more quickly to allay students' fears.
Related: