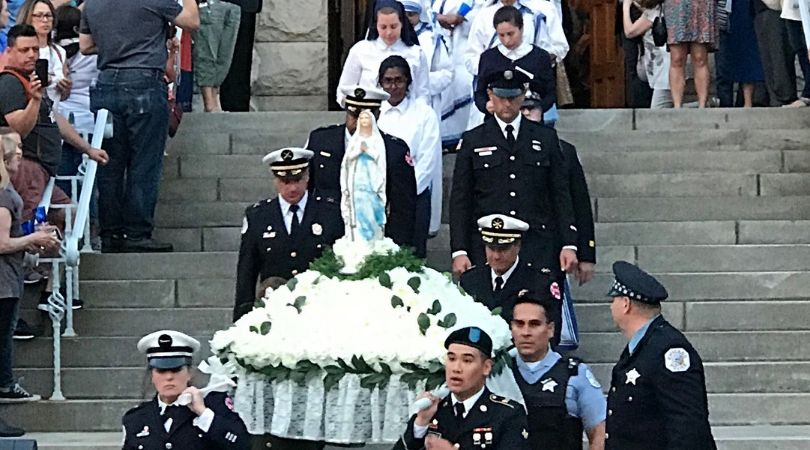 'The message of Broken Mary is we're all broken'

CHICAGO (ChurchMilitant.com) - Eight years after finding a shattered statue of the Blessed Virgin Mary next to a dumpster in Grand Rapids, Michigan, thousands of Catholics process it through the streets of Chicago as a beacon of hope.

On Friday, several thousand people processed through the streets of Chicago, Illinois carrying Our Lady of the Broken to bring the message of hope to broken people and a broken city.

Church Militant spoke with Tony LaPaso, who attended the event with his family. He said the procession was attended by about 3,000–5,000 people. They prayed all 20 decades of the Rosary in the time it took them to go from St. John Cantius parish down Chicago Avenue to the Water Tower in downtown Chicago.

LaPaso said Matthews mentioned that the number of steps of the procession was the same number of steps that Christ took during His Way of the Cross and there was a sense of camaraderie among the participants.

LaPaso said after they arrived at the Water Tower, the statue was crowned Our Lady of the Broken and dedicated "for the brokenness of Chicago and for us all."

Saint John Cantius parish is run by the Canons Regular of St. John Cantius, a traditional order dedicated to helping all Catholics rediscover the "profound sense of the sacred" through solemn liturgies, devotions, sacred art and music and instruction in Catholic culture and heritage.

Father Caswell said the procession wasn't just about violence in the city of Chicago, "It's about a personal healing for each one of us."

In a reflection he wrote for the Priest Newsletter for the archdiocese of Chicago, he said brokenness is seen both at an individual level and in the broader perspective of the community.

"We can see it everywhere," Caswell wrote. "If we dwell on it for too long our hearts grow heavy, discouragement takes root and we find ourselves feeling defeated."

"Then what?" he asked. "Where do we seek comfort to know that no matter the brokenness all will be OK and it will get better?"

Father Caswell recalled that as children often seek out their mother to feel better, we too should seek out our heavenly mother, heeding the words of Christ when He said to be like little children.

"So here we are, answering His call, turning to His Mother and bringing her into our brokenness."

"We all need healing," Fr. Caswell said. "We need the love and the comfort of Our Mother. So, like little children sitting at the foot of their mother, sharing, crying, and asking for help, we will do the same."

Matthews found the shattered statue of Mary next to a dumpster near a flower shop in Michigan. He was just diagnosed with multiple sclerosis, had lost his job and just felt an urge to buy some flowers for his wife.

Walking into the florist, he saw the statue of the Blessed Virgin lying on the ground, covered in trash. It was split in two and its hands were missing.

"She looked so cold and abandoned, her eyes just looking up at me," he said.

Matthews said while he was standing there looking at her, he heard a stern voice saying, "Will you deny me? Will you deny my mother?" He took it home and fixed it up but the cracks and the chipped hands are still visible.

"I kept her because she was broken and so was I," he said.

When you recite and hold her Rosary, you are holding the hand of Mary.

Matthews said he called a priest to bless the statue, and soon afterwards, the miracles began. The first was that despite not even owning a Rosary or knowing what it was, he had this urge to recite the Rosary.

Matthews said, "She's gone from a dumpster to being carried on men's shoulders Friday on a bed of roses with a crown."

"We all can aspire to that hope. We're not garbage. We're God's children," he added.

Our Lady of the Broken will remain on display inside St. John Cantius parish until June 9, the feast of Pentecost. Prayer petitions submitted here will be printed each day and placed at the statue's feet. 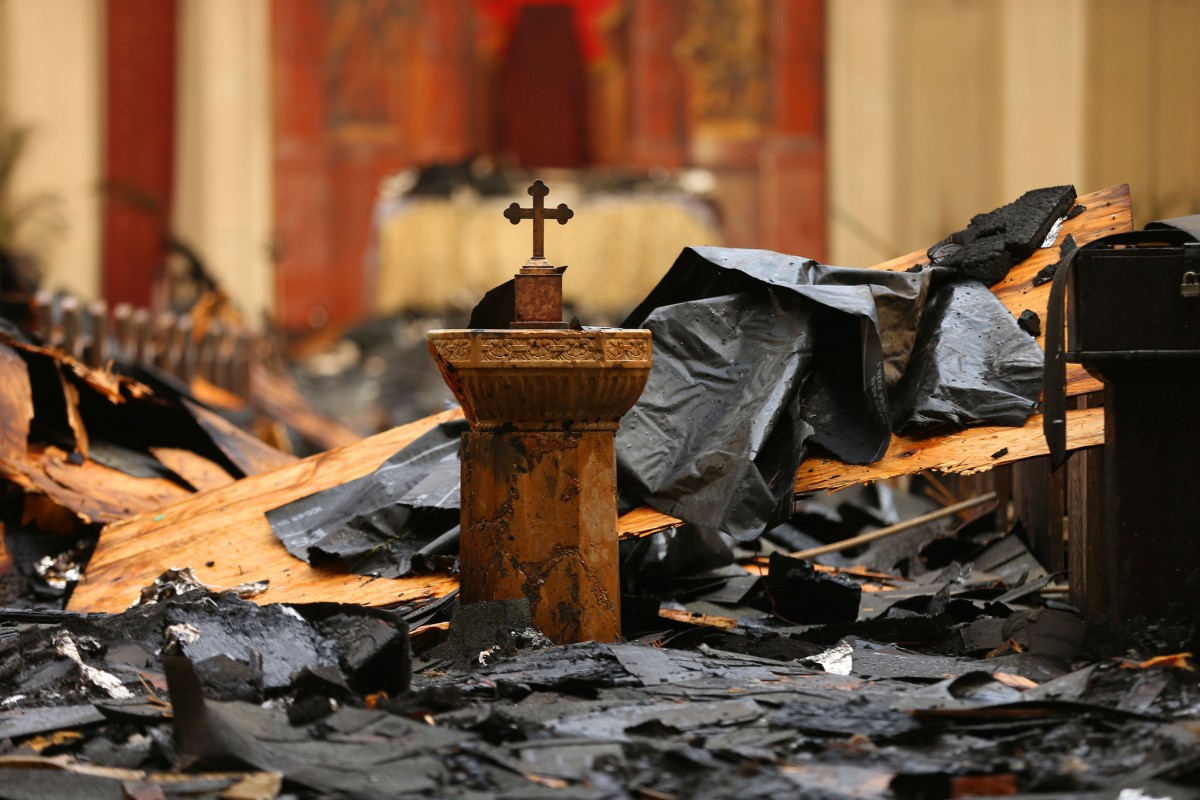 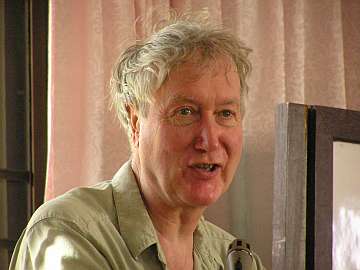