Faithful object to choir, priest says not to be "judgmental"

BROOKLYN (ChurchMilitant.com) - A New Jersey pastor is welcoming the Stonewall Chorale, the oldest gay and lesbian choir in the nation, to perform at his Catholic parish in downtown Brooklyn next week, and the parish committee is backing his decision.

St. Paul and St. Agnes' parish bulletin announces the LGBT choir will be singing on April 16, celebrating their 39th season. The singers were invited to the parish by Sounds on Sackett, a parish committee hosting a concert series.

The Stonewall Chorale began in 1977 as the Gotham Male Chorus, specializing in Gregorian Chant and Renaissance music. Women were included in 1979, and the name was changed to Stonewall Chorale, the nation's "first Lesbian and Gay chorus."

While the pastor, Msgr. Joseph Nugent, declined to answer Churchmilitant.com, we spoke with Anthony Cucchiara, who heads the parish's Sounds on Sackett committee. Cucchiara said he invited Stonewall Chorale because he'd heard them perform and was impressed by their talent.

"We are all about bringing beautiful music to the Church and exposing people to the beauty of the Church," Cucchiara said. "That is the extent of our interests."

When asked whether he was aware that Stonewall's position was against Church teaching on homosexuality, Cucchiara said, "I couldn't care less what they believe. My interest is in music alone."

Cucchiara stated that he is a practicing Catholic who regularly attends Mass and receives the sacraments.

When asked whether he personally believes the Church's teaching on homosexuality, Cucchiara responded again, "I couldn't care less about that; I care about individuals, I look at individual people. This is the Year of Mercy, after all."

Faithful Catholics are contacting Msgr. Nugent to express their concerns. Ed Manassa wrote to the priest on April 3 objecting to the Stonewall Chorale: "Is [this performance] tacit approval by the pastor of a homosexual lifestyle, contrary to Church teaching?"

Speaking with ChurchMilitant.com, Manassa said, "I shared my concerns with the pastor because my wife had gone to Sunday Mass there and they had announced it after Mass. Why are they inviting this group?"

Manassa reports that Fr. Nugent responded, advising him to "examine your conscience and ask yourself why you are being so judgmental."

"All we are trying to do is reach out to our community, which I am sure you know, has it's [sic] fair share of same sex attractions and let them know they are welcome in our churches and are challenged to accept and live out the Gospel more fully," the priest wrote.

Why was a group that is clearly against what we as a Church believe and support, selected rather than one of the many other groups that could have been chosen?

Why are you, as pastor of the parish, allowing your flock to underwrite a group that I would characterize as an anti-Catholic organization?

Artis spoke with ChurchMilitant.com and commented, "It's a a real shame. Do you have to pick a group whose goal is specifically against Church teaching? Come on."

Artis said that Stonewall's performance at the Brooklyn parish is a shrewd move. "These people aren't interested in what the Church teaches," he said. "They're very smart. They want to change Church teaching. What better way to do that than to pose as offering traditional Catholic music?"

In June 2013, the Stonewall Chorale performed at a rally celebrating the U.S. Supreme Court's decisions in United States v. Windsor (the case striking down a portion of the federal Defense of Marriage Act) and the Court's refusal to hear Hollingsworth v. Perry (the California Proposition 8 case). Both were significant victories for the LGBT movement.

The name "Stonewall" is a reference to the 1969 Stonewall Riots, where a police raid on a gay bar at the Stonewall Inn caused a riot when a crowd began hurling bottles at law officials (injuring two of them) who had arrested three drag queens and a lesbian. The demonstrations that followed are considered the first public LGBT protests.

In November 2015, the Stonewall Chorale performed in a flash mob, singing "Love Changes Everything," as one homosexual, Justin Utley, "proposed" to his gay partner, Craig Nielson, at the Lincoln Center in New York City. 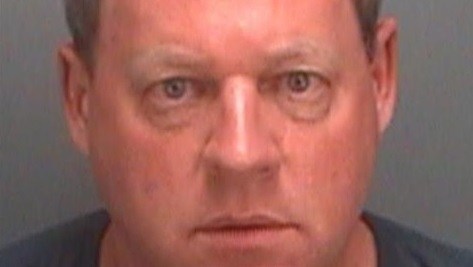