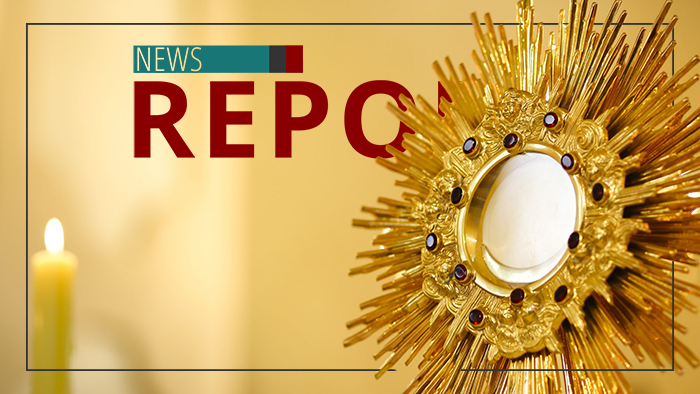 Strickland sticks it to the man

A faithful prelate is calling out many of his brother bishops for their lack of supernatural faith. In tonight's In-Depth Report, Church Militant's Nadia Bullock looks at the evidence behind the message.

Bp. Joseph Strickland: "The Church is weak and not speaking up enough. But people are fed up."

Speaking to Terry Barber of Virgin Most Powerful Radio in an interview published Tuesday, Bp. Joseph Strickland of Tyler, Texas not only took pro-abortion Catholic Joe Biden to task but also the bishops who refuse to correct him.

Bp. Strickland: "High-ranking people in the Church now saying, 'Oh well, right to choose, or freedom of choice,' they're speaking that language. They're caving. They're caving on the teaching of the Church, which is from conception to natural death — that person that is unborn is sacred."

Barber referenced retired Abp. Charles Chaput, who spoke at a Eucharistic Symposium in Arlington on Oct. 22.

Chaput called out Biden, saying his "apostasy on the abortion issue is only the most repugnant example. ... [H]is unique public leadership would make — or should make — public consequences unavoidable."

He continued, "And any priest who now provides Communion to the president participates in his hypocrisy."

Bp. Strickland: "Exactly what Abp. Chaput said — I would love to see the Church from the Vatican say every bishop needs to sign off on this. ... I won't hold my breath because, frankly, there're too many bishops that don't believe [in the Real Presence]."

Throughout Biden's presidency, the issue comes up whenever he's spotted at Mass. And like Strickland said, most bishops say nothing.

Reporter: "Are you concerned about the rift in the Catholic Church, and how do you feel personally about that?"

The U.S. bishops' conference made the Eucharist the central point of discussion at last year's Baltimore meeting.

However, the bishops talked out of both sides of their mouths, refusing to outlaw sacrilege by pro-abort politicians, and yet prepping for a larger meeting on eucharistic revival.

A pastoral document is being drafted, but Abp. William Lori has assured it will not be disciplinary, meaning no punishment for sin, sacrilege and scandal.

Bp. Strickland: "Because there are too many bishops that don't believe Biden's wrong on anything he's done. And that's a broken place for us to be."

Bishops like Strickland or Chaput are few and far between these days. And many others are leading Catholics far astray with their failure to shepherd.

In a call to action, Strickland encouraged Catholics to stand up against this evil and strive to get through the narrow gate. 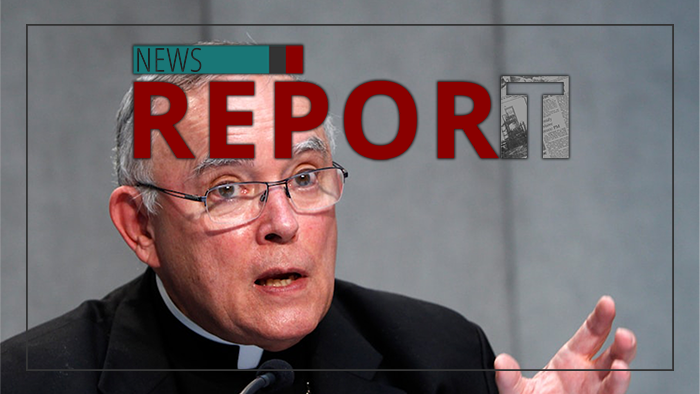