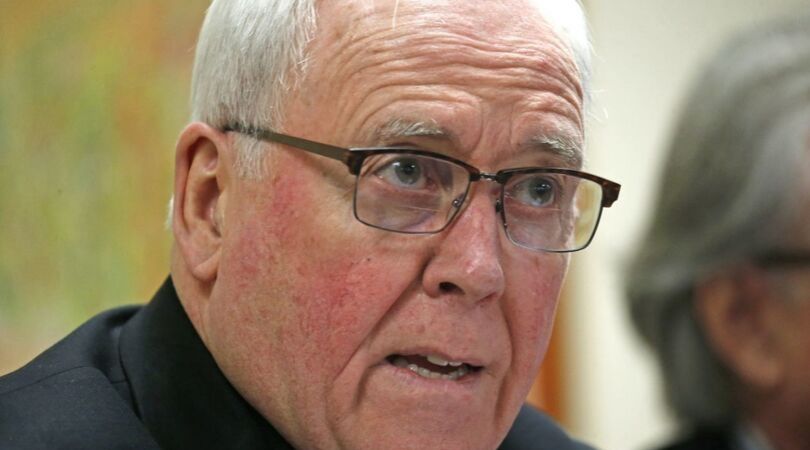 Bp. Malone denies cover-up while calls for him to step down increase

BUFFALO, N.Y. (ChurchMilitant.com) - A New York district attorney is launching an investigation into allegations of sex abuse against a Buffalo priest.

Erie County District Attorney John J. Flynn has opened an investigation into a former seminarian's complaints that a priest sexually harassed him and stole a letter from him in an effort to blackmail another priest.

Former seminarian Matthew Bojanowski, who attended scandal-ridden Christ the King Seminary, claims that Fr. Jeffrey Nowak violated the seal of confession several years ago when Bojanowski told Nowak during confession that he wanted to become a priest.

According to the former seminarian, Nowak then used that information to pursue a romantic relationship with him.

The diocese of Buffalo and its faithful are also being hit by a new wave of clerical abuse litigations while Bp. Richard Malone attempts to ride out his tenure.

Bojanowski also accuses Nowak of taking a photo of a personal letter from the bishop's priest-secretary that he found in Bojanowski's apartment in 2016. Before coming to the seminary, the seminarian claims, he was persistently sexually harassed by Nowak, his confessor. He says it only got worse after he rejected Nowak's advances.

Bojanowski says Malone was first notified of the allegations in November 2018.

Both federal and state law enforcement officers are investigating the Buffalo diocese and have contacted Barry Covert, the attorney for the former seminarian.

While the Buffalo diocese has conducted numerous investigations related to the clergy sex abuse scandal, Flynn's appears to be the first criminal probe conducted by the DA — and the FBI.

In an audio recording obtained by 7 Eyewitness News in Buffalo, made secretly by his then priest-secretary, Malone can be heard saying about the allegations, "It's very clear that Jeff Nowak had what I think was a very, very unhealthy and inappropriate attachment to this Matt Bojanowski," adding, "He's done things that are clearly wrong, and I think he's a sick puppy."

Malone predicted, "This could be the end for me as bishop. ... It could force me to resign."

According to Covert, Bojanowski is pursuing "all possible legal remedies" against the diocese of Buffalo.

Nowak's attorney, James Granville, said that Nowak denies all of the allegations against him.

14 more sexual abuse #survivors sued the Diocese of Buffalo under the #NewYorkChildVictimsAct. The lawsuits name 11 alleged #perpetrators, including Fr. Philip Badame who is being publicly identified for the first time.@BuffaloDiocese

Fourteen more sex abuse survivors sued the diocese of Buffalo under the New York Child Victims Act. The lawsuits name 11 alleged perpetrators, including Fr. Philip Badame, who is being publicly identified for the first time.

The law firms of Steve Boyd, PC and Jeff Anderson & Associates have now filed 100 lawsuits naming the diocese of Buffalo as defendants.

The vast majority of those cases were filed on Aug. 14, 2019, when the Child Victims Act took effect. This act allows survivors of sexual abuse to bring claims no matter when the abuse occurred and extended the statute of limitations to age 55.

Badame was accused of abusing a victim from approximately 1973 to 1975 while working at Our Lady of Perpetual Help in Buffalo.

Badame also served at St. Joseph in Niagara Falls, St. James in Jamestown and All Saints and St. Boniface in Buffalo. He died on May 12, 1985. Badame's memorial reads that he started out as a pre-med student, "but he wanted to do more than cure people's Physical ills so he decided to enter the priesthood."

He attended Christ the King Seminary.

Lanphear was accused of abusing a victim from approximately 1971 to 1974 while working at St. Bernard in Buffalo. He also worked at Queen of Martyrs in Cheektowaga, Holy Trinity in Dunkirk and De Sales High School in Lockport. Lanphear died on June 19, 2008.

"There are a lot of survivors suffering in Buffalo," said Anderson. "It's time for reckoning, a massive clean-up and child protection."

"We are honored to work for these brave survivors," said Boyd. "We are always mindful of their suffering and their need for continued healing. Our work is far from over. Sadly we have dozens of more suits to file in the coming months."

Malone's problems have piled up over the months — intensifying in past weeks, specifically after secret audiotapes were published on Sept. 4 that reveal Malone's cover-up of clerical abuse and petitions issued by clergy and laity calling on him to resign.

Referring to Malone's standing in the diocese, Dennis DePerro, St. Bonaventure University president, said that a good leader "would recognize that moment" when it's time "and step down" and "that moment has come."