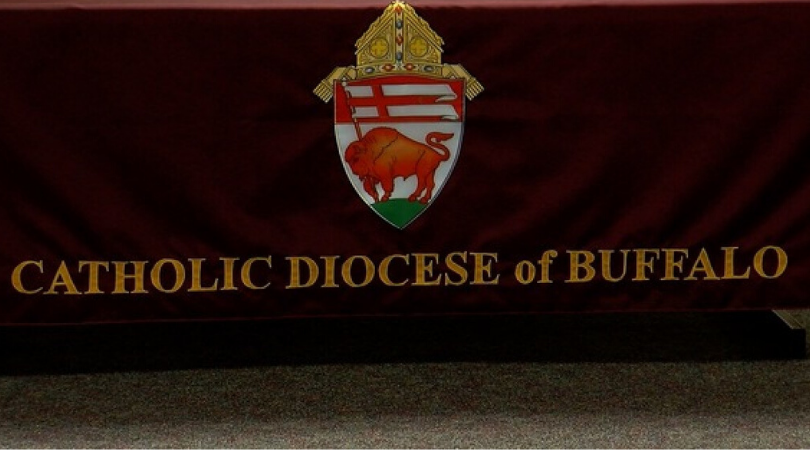 Officials put millions of dollars out of reach of potential victims

BUFFALO, N.Y. (ChurchMilitant.com) - The Buffalo diocese is saying a bankruptcy filing owing to hundreds of sex abuse lawsuits is "imminent," but insiders note the diocese started shielding tens of millions of dollars years ago seemingly in preparation for this moment.

In its 2019 financial report posted on Thursday, the diocese of Buffalo claims it will soon need to file for bankruptcy protection as it faces nearly 250 lawsuits involving child sexual abuse.

"In response to the magnitude of the number of claims, lawsuits, and alleged damages, the CAO (Central Administrative Offices) has determined that a filing of a voluntary petition for reorganization under Chapter 11 of the Federal Bankruptcy Code is imminent," read the report.

The diocese further claims it lost $5 million in 2019 after posting a $1.8 million loss from 2018. A report by Buffalo News, however, shows the diocese started shifting assets shortly after lawmakers began attempts in 2005 at lowering the state's statute of limitations for cases of clerical sex abuse. In bankruptcy court, investigators will scrutinize these shifts to see if they were made in anticipation of the coming bankruptcy and in order to deliberately place tens of millions of dollars out of the reach of potential victims.

A bill seeking to open a window for sex abuse victims similar to the Child Victims Act (CVA) that became law in February was first introduced by New York lawmakers in 2005. The following year, Buffalo began shifting $91 million from its pooled investment program to various accounts under the care of parishes, schools, cemeteries and other Catholic entities.

Was the money transferred for the purpose of not paying liability claims?

But it was also an effort to shelter assets in the event a bill like the CVA became law said the late Msgr. William J. Gallagher, a retired Buffalo priest, who served on the diocese’s finance council.

Gallagher told the Buffalo News, "Instead of having the diocese holding money for everybody because then it's reachable by lawsuit, this way they created independent outfits to take care of it. When the lawsuits started, they had to make sure that everything was separated."

Buffalo's latest financial report doesn't include as part of diocesan assets the value of its 161 parishes nor its 34 elementary schools. It also separates out its Catholic Health system and Catholic charities as non-profit organizations. Neither does it include $64 million in assets overseen by the Foundation of Roman Catholic Diocese of Buffalo, a non-profit organization set up in 1996 to raise and administer funds on behalf of educational, religious and charitable needs within the diocese.

Such transfers and accounting measures don't mean these assets are safe from creditors, according to attorney Michael T. Pfau of the Seattle-based law firm Pfau Cochran Vertetis Amala that has represented hundreds of clergy abuse victims.

"That is exactly the task that the creditors' committee will have, tracing all the assets and advocating on behalf of abuse survivors/creditors for the maximum amount of assets to be paid out," remarked Pfau. "That's all part of the bankruptcy process, looking at the transfers [and asking] Was the money transferred for the purpose of not paying liability claims?"